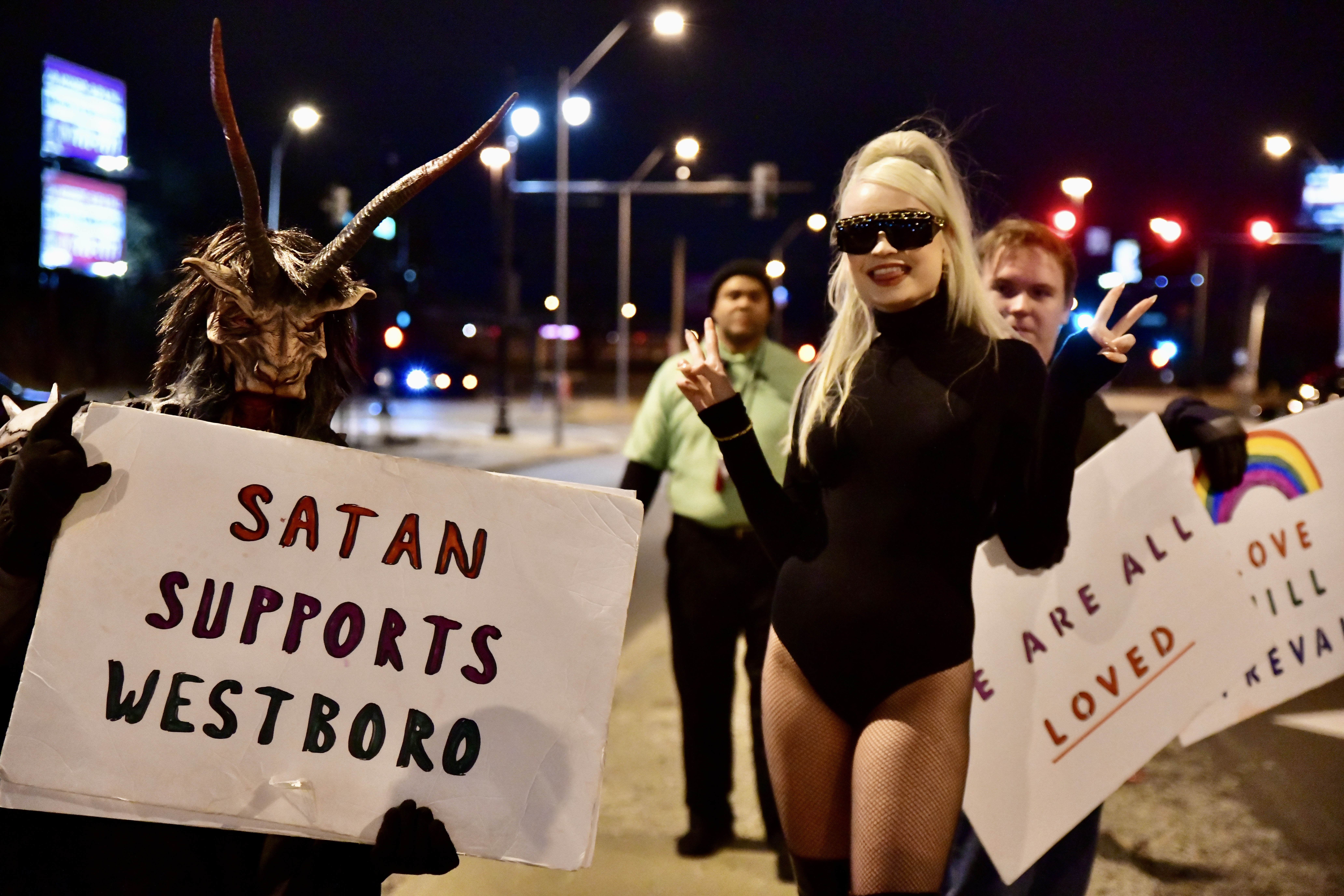 Kim Petras loves all her fans—even the dozen members of the Westboro Baptist Church that stood across the street from The Truman on Sunday night protesting her debut Kansas City appearance.

It doesn’t take much to draw the ire of the infamous Topeka hate group. In Petras’ case, the fact that she exists in the world as a transgender woman was enough for Westboro members to dust off the “God Hates Fags” signs and blast some doomsday Christian remakes of pop songs over a boombox. 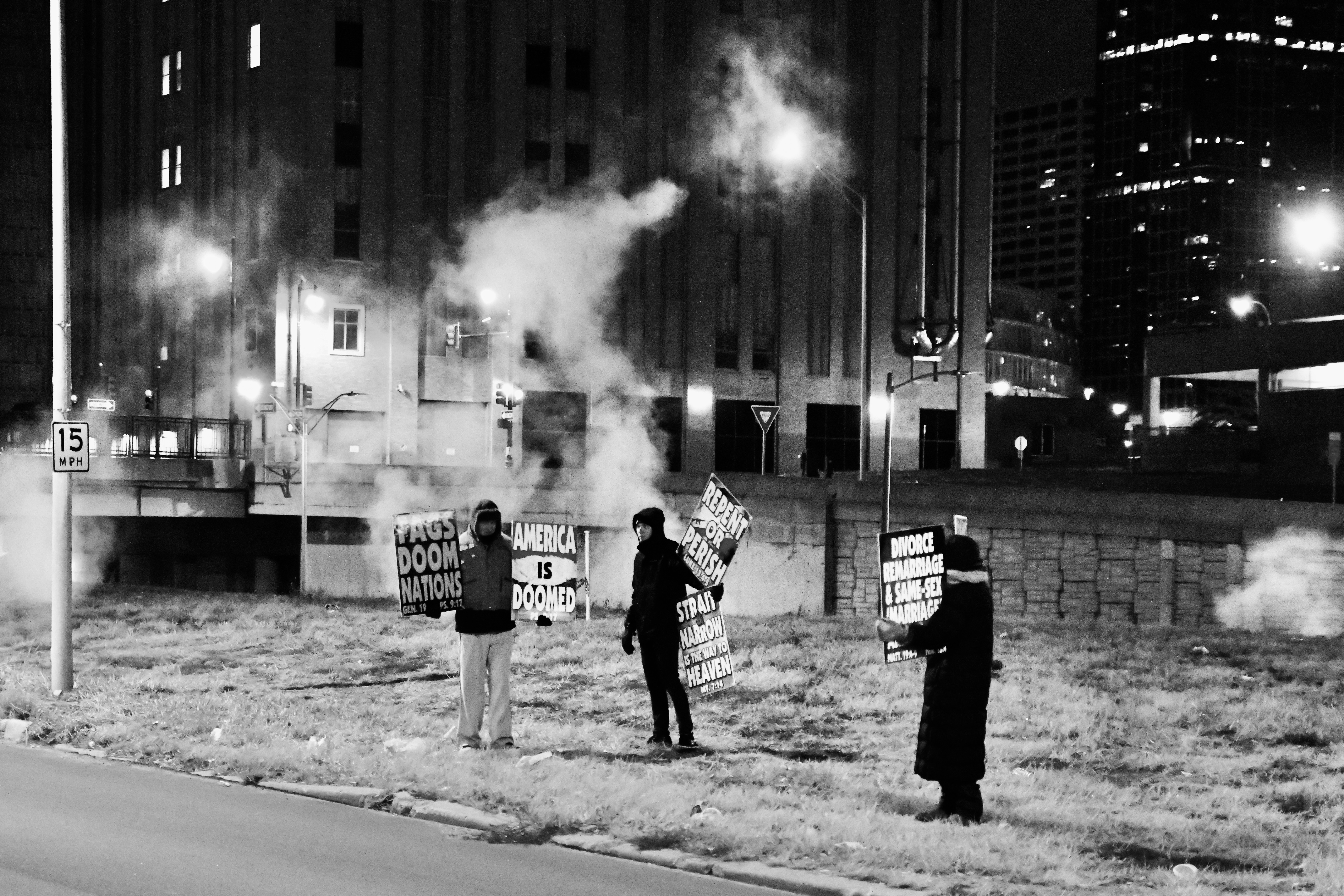 Petras came prepared. Prior to the show, the German-born, California-based singer spent a few minutes posing for photos on the sidewalk in front of the group, wearing sunglasses and an outfit that highlighted her bare ass cheeks. Later, inside the Truman, opening DJ Alex Chapman would lead fans in a collective middle finger aimed at the bigots they’d encountered. During her set, Petras kept most of the sentiments positive, noting before one of her final few songs, “I hope one day they find something they love as much as they hate.”

But that was the sideshow. The real show is Petras, who packed about 800 into The Truman on a cold, post-Thanksgiving Sunday night. Petras has only begun to break into pop’s mainstream over the past two years, thanks in part to collaborations with pop queenmaker Charli XCX. But already there are many different artistic sides (and accompanying wardrobe choices) on display. 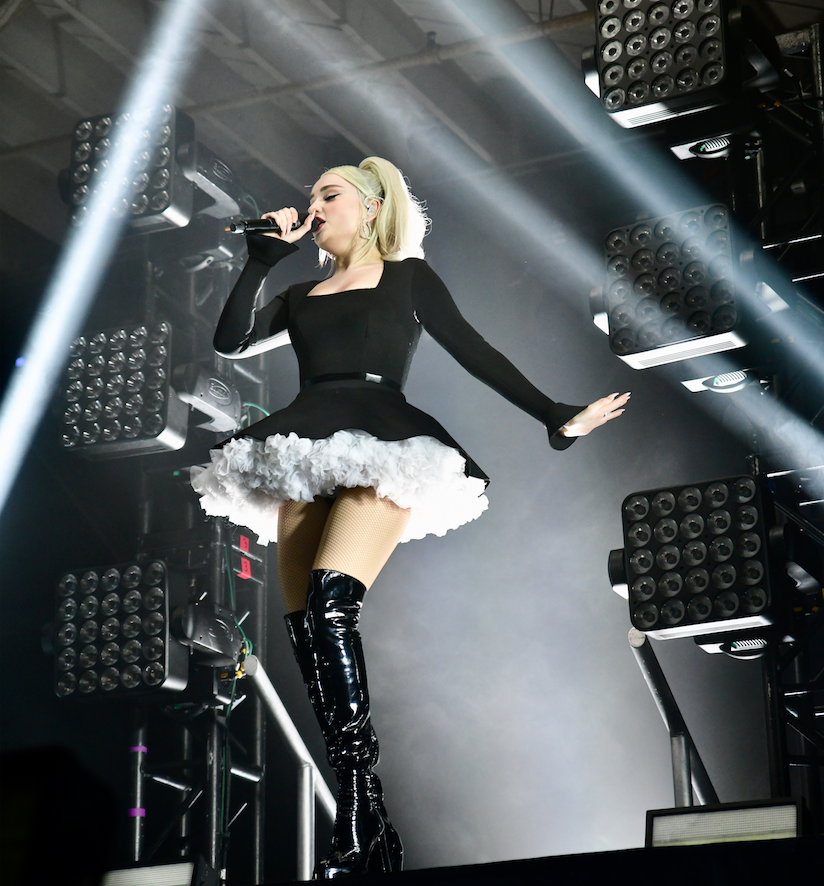 We saw sexy, playful Madonna-Britney-style maximalist bops (Petras executed dance moves in her thigh-high heeled boots, tripping only once and laughing it off), spooky and bass-heavy material from her Turn Off The Lights projects (an odd specialty, but fans were happy to hear Petras exclaim that she “doesn’t give a fuck if it’s not Halloween anymore!”), and more contemporary (read: occasionally whispery) Top 40 aspirations like fan favorite “Icy.” She opened with the post-trap pop rap flexes “Clarity” and “Meet The Parents,” moved on to the flirty dance-pop of “Got My Number,” then gave us her Dr. Luke-produced debut single “I Don’t Want It All,” a bubbly anthem for all the material girls that just wanna have fun.

Petras’ vocal range doesn’t quite rival current pop giants like Ariana Grande, but it was clear throughout her 80-minute performance that the Petras you saw standing before you was the one you were hearing through the speakers. She hit every damn note.

Prior to a tender acoustic cover of the Killers’ “Human”—a performance more urgent and uplifting than the song’s authors could likely muster themselves—Petras spoke about pop music as her only escape from the world growing up (under intense media scrutiny, no less, having made headlines as a teenager for being one of the youngest people to ever undergo gender affirmative surgery at the time). It was a beautiful and unifying moment, the kind music fans rarely get to experience in a production of this size. Petras seems destined for bigger moments in bigger venues in the years to come. But the feeling in the crowd on Sunday night will be a difficult one to top.