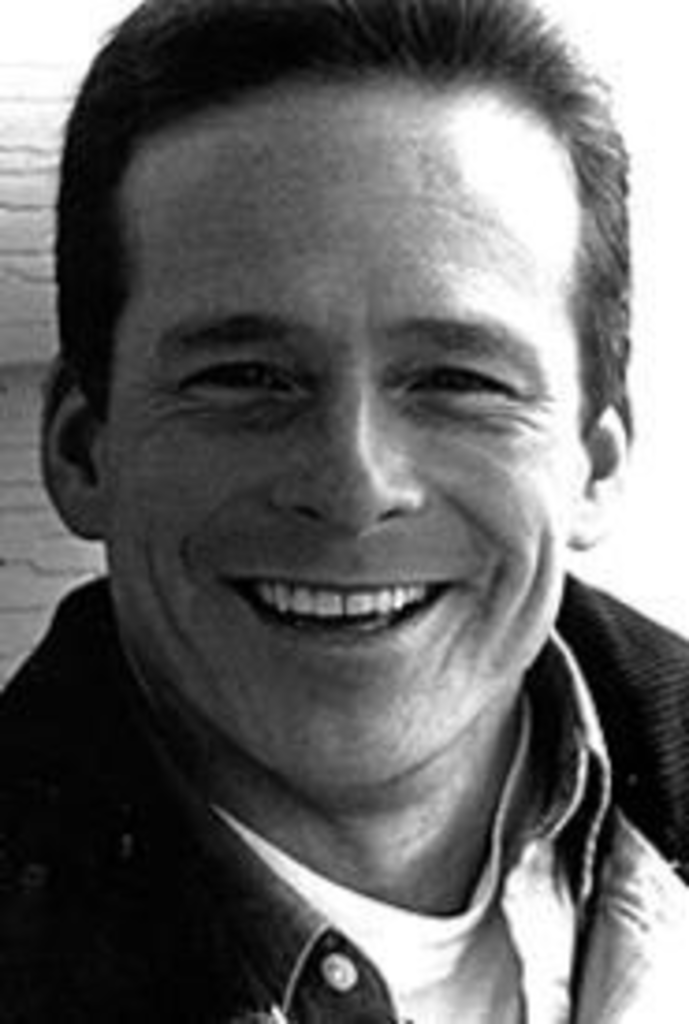 Jim Cosgrove has had regular gigs in the past. In 1996, he strummed acoustic folk ditties weekly at Kennedy’s and at the 75th Street Brewery, encouraging crowd participation by inviting curious onlookers to grab percussion instruments out of a gold briefcase. Nonetheless, Cosgrove’s arrangement with his new homebase, the Rio Theater, fills him with the sort of unconfined exuberance that usually accompanies only brand-new experiences. Actually, for the Rio (“It’s like our own Branson theater in downtown Overland Park,” Cosgrove raves), it is a first-time phenomenon — Cosgrove’s concerts mark the renovated movie house’s initial non-film-related endeavor. He’ll play there five or six times a year, including Saturday, March 9, at 9:30 a.m. and 11:30 a.m. It’s also Cosgrove’s first venue-specific deal since he started singing a different tune, one that’s pitch-perfect for children between the ages of two and ten.

Cosgrove still encourages audience interaction, although his collection of shakers and miniature drums outgrew the briefcase long ago. Now children rummage through a giant box for various noisemakers. And he still fingerpicks understated melodies and sings in a gentle, expressive voice, though his subject matter has shifted from adult relationships to loose teeth and goober peas.

“I sing about things that kids can identify with,” Cosgrove says. “That was my revelation. I sing about what they think is important, not what we as adults think they should think is important.” Cosgrove used the observational skills he sharpened as a newspaper reporter in New Mexico to compile a list of topics that kids, particularly his nieces and nephews, find amusing. Aliens, animals and food popped up often, so Cosgrove incorporated those themes into theatrically goofy songs. He then test-drove the tunes with toddlers, discovering that the ten-and-under crowd offers the most reliable focus-group feedback available.

“Kids are always frank,” Cosgrove says. “They’ll tell if they like something, and they’ll tell you if they think it stinks.”

One quality children demand in songs is a bouncy, upbeat vibe, which is why Cosgrove’s compositions are as indiscriminately cheerful as a sitcom’s laugh track. They might try the nerves of adults who absorb them in large doses at his shows. “If there is an issue, inevitably it’s the parents,” Cosgrove says of hecklers, snicklers and conspicuous yawners. “It’s unfortunate, but comes with the territory.”

Cosgrove probably doesn’t win any extra points by dragging wallflower parents or principals into the act. “I like to get the adults involved in the last song, get them to act like a monkey or do some other actions. The kids get a big kick out of it. We need to offer them a model of how to have fun, how to be goofy.”

But even if parents balk at bawking like a chicken or even being goofy, goofy, goofy and hoppin’ on one leg (as “We’re Jammin'” instructs), they have several reasons to be thankful for Cosgrove’s efforts. For one thing, he’s not Barney — that purple dinosaur’s saccharine fluff is to Cosgrove’s sugar-glazed folk what cotton candy is to peaches in heavy syrup. Cosgrove’s songs are organic, with some nutritional value, whereas Barney’s are artificial tooth-rotters. For another, he’s not Britney Spears, the buxom seductress who serves as a dubious role model for youngsters who are still very much girls and far, far from being women. Today’s so-called “kiddie pop” stars aren’t really child-oriented any more than Saturday-morning programs such as Saved by the Bell addressed kindergartners’ concerns. Instead, both address adult issues in a childish manner, eschewing genuine reflections on self-discovery or consequence in favor of simplistic depictions of life and love.

By contrast, Cosgrove’s work recalls the children’s albums of Pete Seeger and Woody Guthrie, two accomplished folk singers who spoke to young audiences in an intelligent, unpatronizing tone. “It’s tough to compete with Britney,” Cosgrove admits, “and when they get to eight and nine, I start losing some of them. I want to give them some tasteful music before they get to that point.”

Of course, “tasteful” is a subjective modifier, and Seeger and Guthrie never sang lines such as Scabs, scabs, wonderful scabs/Don’t you pick those big ol’ scabs. “It’s kind of a gross song,” Cosgrove says. “Parents hate it, but some kids really like it. I’m amazed at how many girls request it.” Between other gross-out sing-alongs such as “Ooey Gooey” (the narrator ponders eating the gum that’s stuck to his shoe) and “Stinky Feet,” Cosgrove sneaks in some educational content: “Milky Way” examines the galaxy, “Smorgasbord” defines its titular term and lists plenty of exotic foods and “Steve’s Home of ‘How Ya Doin’s” offers an international assortment of greetings.

“It’s always important to couple a lesson with something that’s slightly gross and silly,” Cosgrove explains. “If you do that, they’re going to remember it better.”

Even at his most instructional, Cosgrove bears no resemblance to the misguided teachers and entertainers who craft embarrassingly corny “raps” about everything from the environment to inhalants.

“Kids are smart,” Cosgrove says. “They know when you’re selling them something, when you’re trying to shove something down their throats. I appreciate that intuition. There’s so much inane music out there.” At this, he adapts a vapid sing-song delivery, crooning, “‘Stay off drugs, stay off drugs.’ Their eyes roll back in their heads and they check out. They need a break from that stuff.”

School librarians who book childrens’ entertainers probably need a break from that stuff, too, which explains how Cosgrove keeps busy, touring constantly (nationwide as well as overseas at schools affiliated with military bases) and often playing several sets a week. “A lot of people ask me, especially when they’re considering whether they’re going to hire me, ‘What’s your message? Stay off drugs? Stay in school? Read?’ No, it’s a lot more basic than that — don’t forget to be a kid.”

That message holds even for people who are decades removed from their grade-school days. Last year, JWS, a local corporation that specializes in software for quarry workers, invited Cosgrove to deliver a keynote address at its users’ conference. “Do you know what I do?” Cosgrove asked, perhaps wondering why JWS wouldn’t at least hire a rock group.

“They told me that it was a technical conference and they wanted something to lighten the mood,” he recalls. “So I worked on a message about being childlike, not childish, in the workplace. We take ourselves way too seriously. It went over unbelievably well. The rock-quarry guys were doing the actions to the songs, playing the instruments — they were sincerely into it.”

Although his schedule is focused on playing children’s music for the young and old alike, he’s considering an eventual return to occasional grown-ups’ gigs with his backing group the Hiccups (drummer Mark Thies, who plays bass in BCR, and keyboardist Terence O’Malley). But while it might seem jarring to scuttle between ten-and-under venues and 21-and-over establishments, Cosgrove doesn’t expect much of a culture shock. As he says, “Playing for a bar full of drunks is not too different from playing for a bunch of five-year-olds.”