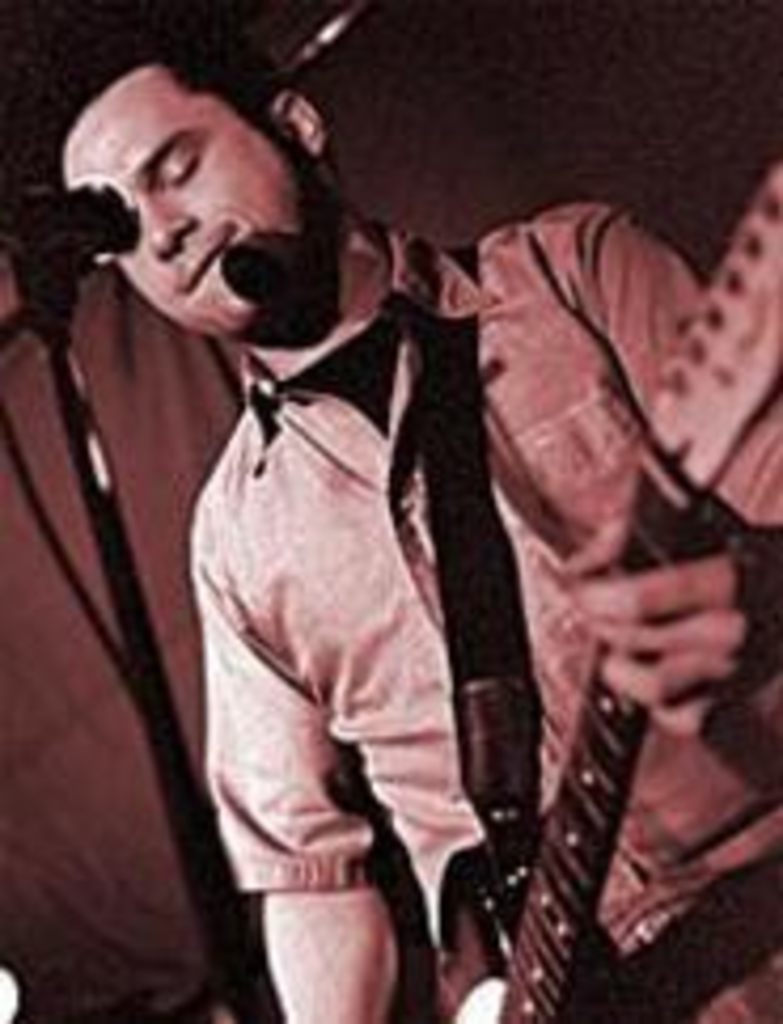 The Get Up Kids are huge. That’s “huge” as in the overseas-festival-playing, magazine-readers’-poll-topping, tour-bus-riding, MTV-show-hosting big time. Its members are widely recognized as the poster boys for emo, a punk/indie hybrid genre that the band doesn’t claim for itself (it prefers simply “rock band”), although it has given up on struggling against the label. The Get Up Kids have even achieved the often-claimed but seldom-attained status “big in Japan,” having played there earlier this year. Yet this quintet from Kansas City (“of all places,” as CMJ New Music Monthly notes) still gets excited about playing shows close to home at venues much smaller than those to which it has grown accustomed. In fact, singer Matthew Pryor sees playing in front of thousands at massive concerts such as the Pukkelpop Festival in Belgium and the twin Reading and Leeds festivals as a way of warming up for the band’s homecoming gig at The Bottleneck this Saturday. However, performing in Lawrence — or Kansas City, for that matter — wasn’t always such an eagerly anticipated event for the Kids.

“A long time ago, it wasn’t really worth the trouble to play locally, because there weren’t any all-ages clubs, and when we played in Lawrence we didn’t know anybody there,” Pryor says, on the phone from London. “That’s all getting a lot better. Over the past three years, the few local shows that we’ve played have gotten better and better 10 times over each time.”

Since their last area show, in front of a capacity crowd at El Torreon in February, the Get Up Kids have traveled constantly, playing a variety of festivals, such as a bill in Germany in June that included Pearl Jam and Oasis. Huge as the group might be, the Kids soon learned that the established alt-rock titans still had enough drawing power to sap the Kids’ second-stage crowds. “Half of the crowd left at one of those shows because Bush started playing halfway through our set,” Pryor recalls. “I started playing that ‘Glycerine’ song to get them back.”

The Get Up Kids won’t have to contend with such conditions during their U.S. tour, which kicks off with The Bottleneck show, but they will confront a self-imposed challenge. “We don’t write well on the road,” Pryor admits. “On the U.S. tour, the plan is to set up a studio on the bus and try our damndest to write songs.” But even if the bus inspires little magic, fans can rest assured that the band will be crafting new tunes soon after its sprint around the States ends in mid-October. “We’re looking forward to taking a good serious break and starting to work on the next record,” Pryor says. “We’re not going to do any more shows for a quite a while. I’ve done more flying in the past year than I care to repeat.”

While Saturday’s show may provide local fans with the last immediate opportunity to see the Kids in action, Pryor might be coming soon to a nearby club with his side project, The New Amsterdams, which also features the Get Up’s Robert Pope on bass and organ, Get Up soundman Alex Brahl on guitar, and Jake Cardwell, late of Reflector, on the drums. The New Amsterdams’ debut album, Never You Mind, presents Pryor’s trademark infectious melodies in a stripped-down acoustic fashion — emo unplugged, if you will. These 11 mellow-yet-catchy concoctions bare little resemblance to the work of Pryor’s day-job band, other than the undiluted presence of his crystalline, heartfelt vocals.

“It doesn’t sound like Get Up Kids stuff at all,” Pryor concurs. “It’s just something fun to do. It’s songs I’ve been writing for a long time, but we haven’t played together very much at all. We kind of assembled the record in the studio. We’re gonna start playing shows and stuff once the Get Up Kids’ touring machine slows down.”

This time around, that touring machine is sponsored by the ever-controversial Web-based source of free music, Napster. However, unlike Limp Bizkit, the Kids aren’t playing free shows while the company foots the bill. “Basically, they’re helping us out,” Pryor explains. “They’re doing a lot of promotion and stuff like that. We’re on the minor scale of the Napster sponsorships. It’s all really mellow. We don’t have to play in front of a banner or anything.”

The latter point is no small issue to Pryor, who still remembers with disdain one occasion when he wasn’t so free. “At Spirit Fest, we had to play in front of that damn ‘Viva Gorditas’ thing,” he recalls. “I felt like a complete ass.” Playing with such a backdrop might also give the wrong impression about the group’s commitment to the Web site, as Pryor isn’t exactly waving the Napster flag. “All I know is they said, ‘Do you like Napster?’ and I was like, ‘Sure.’ For some reason, when we were in Europe last time everyone kept asking about Napster stuff too. They’re like, ‘It’s the big issue.’ I don’t really care, one way or the other. Until they get everything figured out, people will be debating it until forever. In the meantime, they’re sponsoring our tour.”

Although he remains ambivalent on the Napster issue, Pryor takes a noticeable interest in updates on the local scene, such as KXTR 96.5’s change of format and the local-band pavilion at Spirit Fest. He soon becomes amused by the conversation — a Kansas City-based musician talking from overseas about Kansas City with a Kansas City publication. “The irony is not lost,” he says.