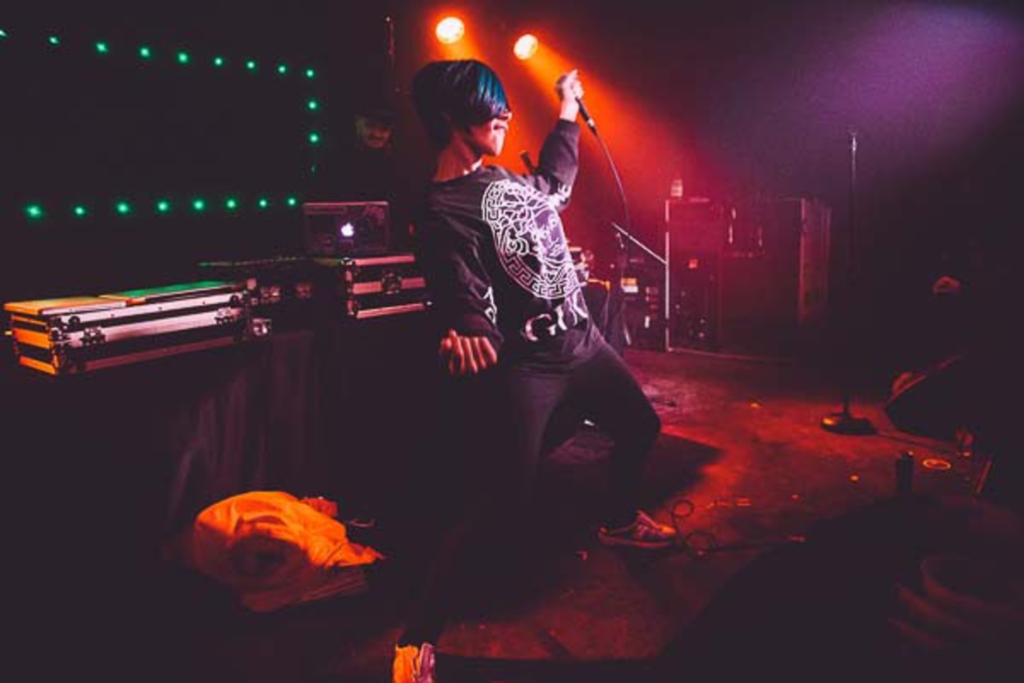 Blizzardlike conditions and another in a series of heartbreaking playoff football losses couldn’t kill the dance vibe when Kid Sister took the stage at the Riot Room Saturday night. She started by avoiding a mistake some other artists make when visiting the KC metro by saying, “We’re in Kansas City, Missouri, not Kansas City, Kansas.” A promising start, but, like the Chiefs game earlier in the night, her set ended with confused Kansas Citians unsure of what to do next.

%{[ data-embed-type=”image” data-embed-id=”57150c1189121ca96b958a5a” data-embed-element=”aside” ]}%
A little after 12:45, Kid Sister launched into her set, urging everyone to “bounce, bounce, come on bounce” during the upbeat songs. Even after dancing for nearly three hours of opening DJs, the crowd responded with dance moves ranging from full-on enthusiastic limb flailing to a guy bobbing his head as he leaned against the post toward the back of the floor. The party was on.

After playing two songs, she talked to the crowd again. Halftime. This wasn’t an inspirational speech: “This is a short set. Don’t hate me in the morning.”

The next song was her latest single, “Bed Breaker.” The dance-hall, reggae-infused track was perfect for kicking off the second half and getting back to dancing. But when the song ended, it was back to talking about the short set.

“Kansas City, Missouri, I love you. You’ll get a longer set when the album’s out.” She went on to say how she hadn’t done her hair or put on makeup. “Basically, I’m trying to say I’m in my pajamas now and I don’t give a fuck.” 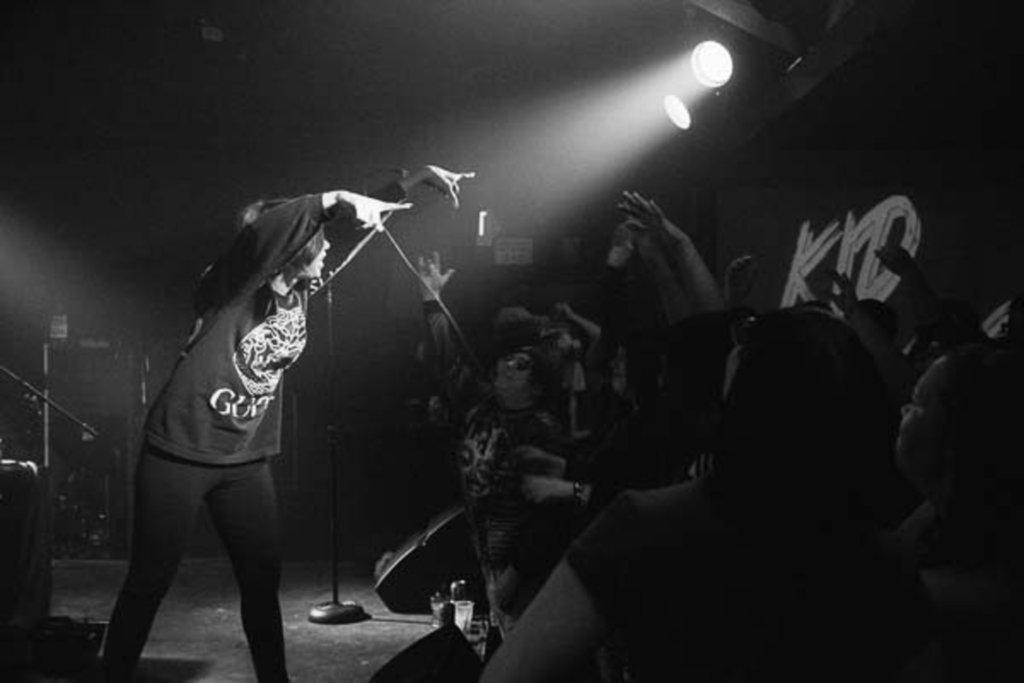 Audience members up front urged her for another song, shouting titles.

“I don’t like that one,” was the response to one such suggestion.

She consulted with her DJ and settled on an abbreviated version of “Hide and Seek,” a song that normally features recent Riot Room player Riff Raff. Without his contributions, the song was stilted and came to an abrupt, awkward, and generally unfulfilling end. She thanked everyone and left the stage at about 1:05. The house music came up, and everyone stood around kind of waiting for an encore, but not really expecting one.

For maybe 20 minutes of time onstage, Kid Sister owned the room. Even without her more popular songs like “Right Hand Hi” or “Pro Nails,” she had the charisma and energy to have people dancing. Right now details on a new album are vague, only that it is due this year. If and when that happens, hopefully she’ll come back and finish the party started Saturday night. 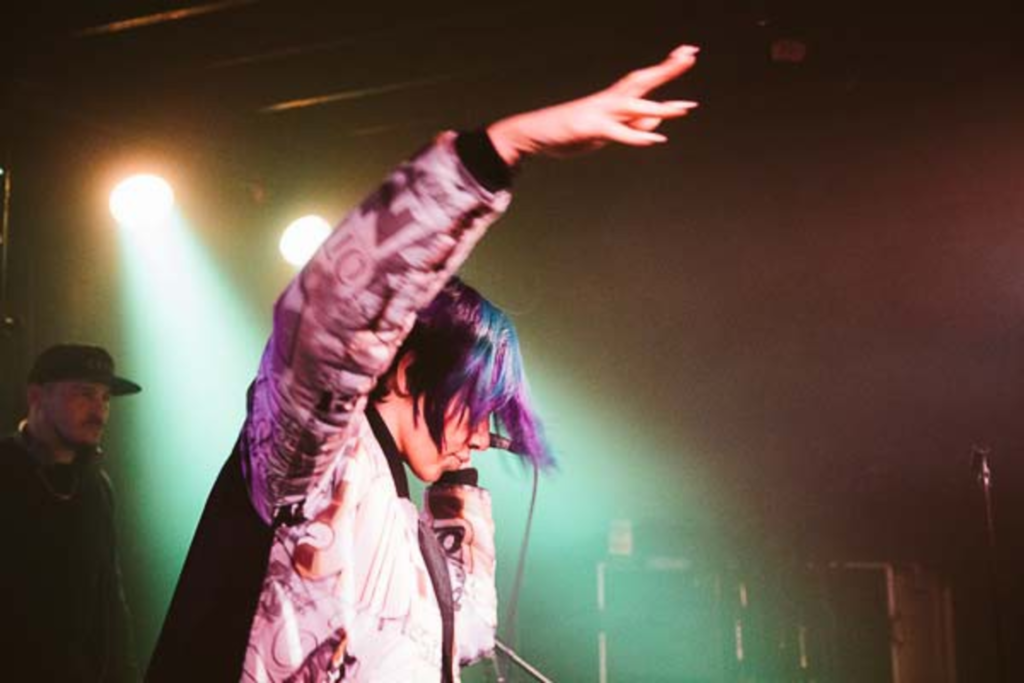 Leftovers: Earlier DJs had mixes with MGMT, Lorde, and that one M.I.A. song from the car commercial. The dance floor was full for most of the night, except early on when a single older guy would  be up with maybe the best moves of the night. And it must have been drunk-girl night: One girl passed out at the bar and was escorted away by the cops; another puked. Woo hoo, snow-night drinking!