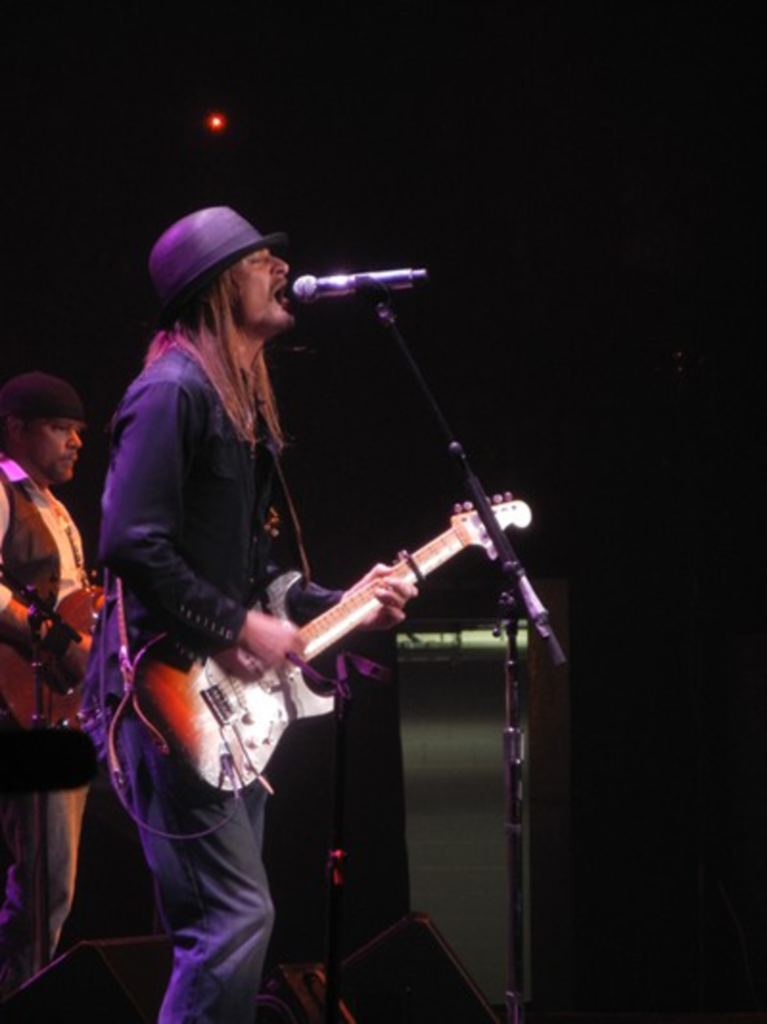 “You know, my cousins saw Kid Rock at Sandstone around 6 to 8 years ago,” my friend said, shivering in the cold with me outside the sold-out Sprint Center on Friday night before Kid Rock took the stage. At the show he was describing, Kid Rock had been rolling through his set with his usual hard-hitting badassery when something truly remarkable happened: The woman next to them, er, “dropped to her knees and started working away at her man” in the middle of the show. (Kid Rock was simply too much for her and her boyfriend, I guess.)

You understand why I wasn’t quite sure what to expect. After all, how many boob flashes have ever happened at the Sprint Center?

The main difference between a raucous crowd at Sandstone in late summer humidity, however, and a raucous crowd at the Sprint Center in February is a marked one. (Leather jackets and bandannas replaced tube tops and cut-off T-shirts, for starters.)