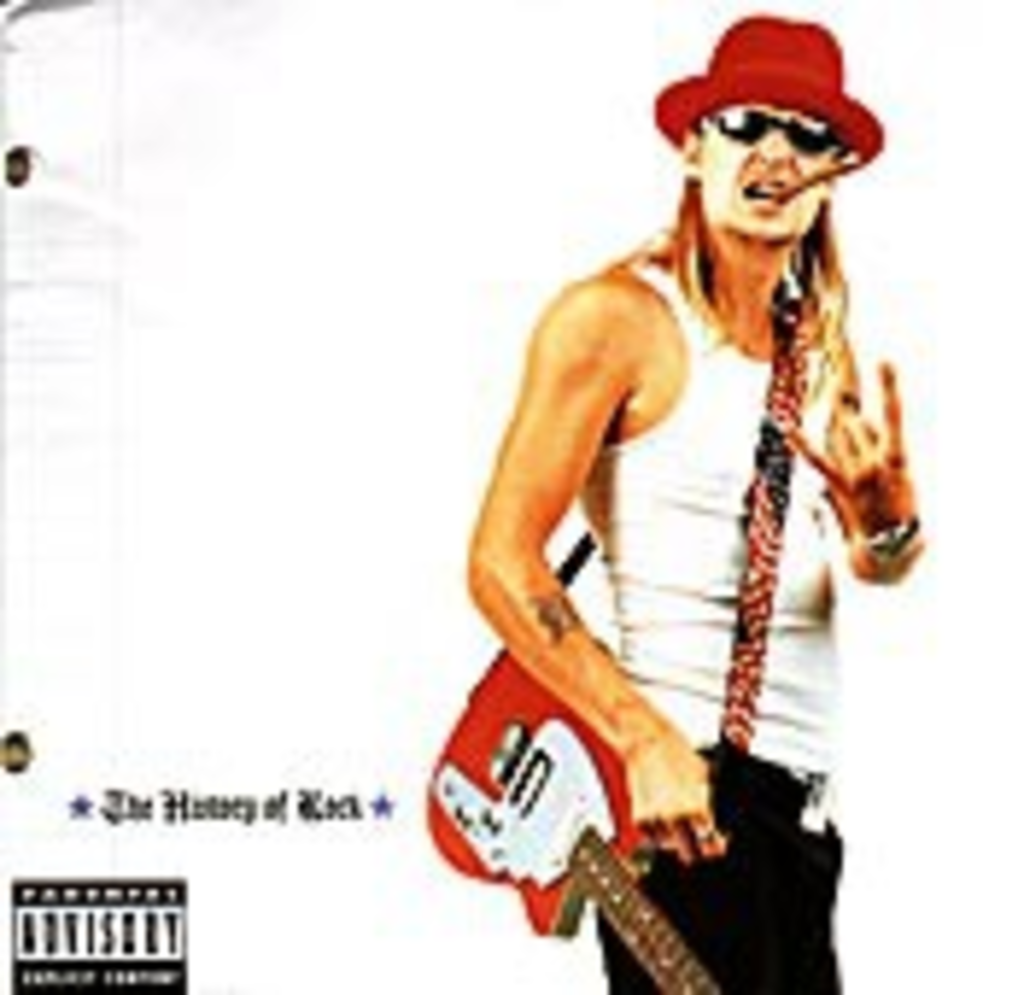 Bravado and attitude feed off each other like self-triggered nuclear reactions. Generally, if rappers possess one of these dubious qualities in abundance, they can boost the other level high enough to convince listeners that they’re for real. Naturally, it depends upon the presence of the perpetrator, but this formula has worked (however fleetingly) even for white-bread chumps, such as Vanilla Ice.

Kid Rock, on the other hand, owes his success more to persistence than to pretense. Growing up near Detroit, Rock started hanging out in the projects of nearby Mount Clemens, where he eventually became a huge draw spinning records at underground parties. Soon he had a contract with Jive Records and received the opening slot on a national hip-hop tour. Now a superstar with well-earned bravado, Rock boasts only the truth.

Two years ago, when Rock claimed in his lyrics that he was going platinum, few imagined that he’d do it eight times over. The History of Rock compiles this self-made man’s 10-year career with remixed and reworked cuts from prior albums, previously unavailable tracks from the early days, and some new tunes.

Rock’s metal side meshes effortlessly with his hip-hop sensibilities. On “American Bad Ass,” a hard-edged tune based around a sample of Metallica’s “Sad But True,” Rock screams about his achievements and lists his diverse influences, which include AC/DC, ZZ Top, and the King Of Rock (his pounding enunciation of the latter suggests it’s a reference to Run-DMC’s second album, not to Elvis).

Throughout the record, listeners will hear Rock at his hip-hop best; rhyme-saying, guitar-playing, and posturing like a streetwise young punk. On “I Wanna Go Back” (from 1996’s Early Morning Stoned Pimp), he spins true tales of his earliest days in the scene while paying homage to those (Ice Cube, 2 Short, D Nice, Chuck D, and so on) he toured with while cutting his teeth. I’m like Moses with the mic as my staff, he raps on the funky “Ya’ Keep On,” suggesting that although some doubt his ability to compete with hip-hop’s heavies, Rock is not struggling with low self-esteem.

Listeners across the spectrum of rap and rock likely will enjoy close study of The History of Rock. Even those unfamiliar with Kid Rock and those who are suspicious of his popularity might discover that this talented musician offers plenty of substance to go along with his flashy style.