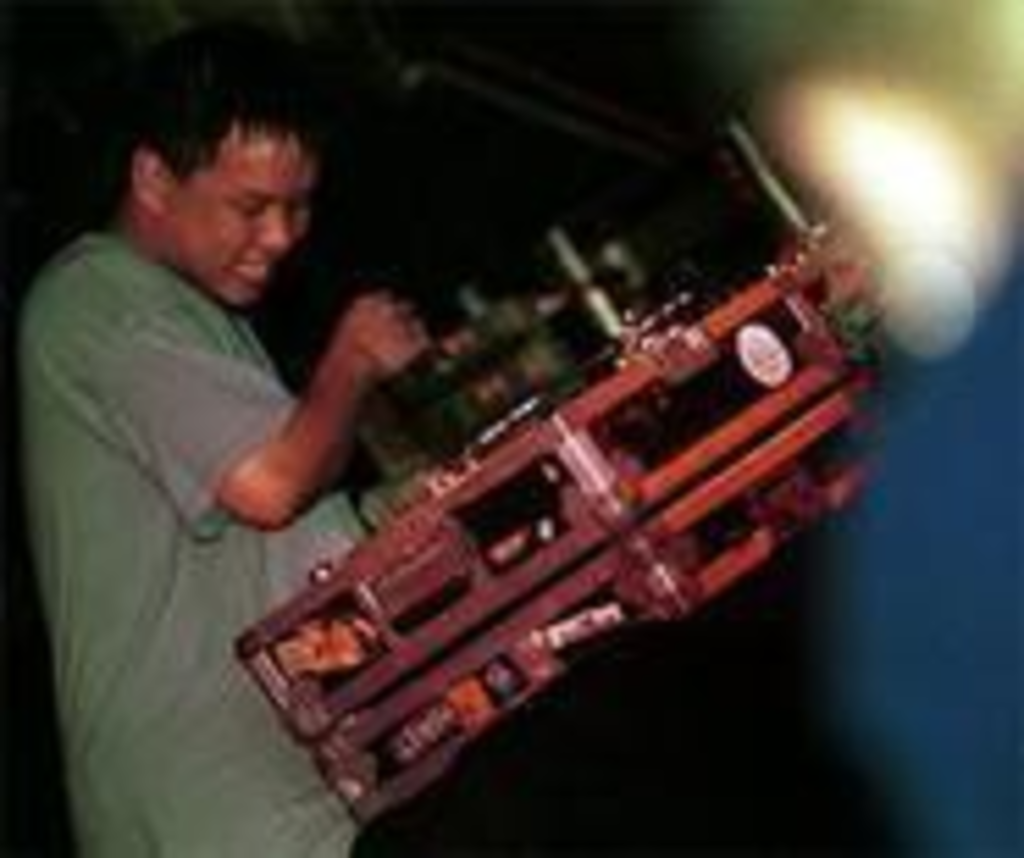 Those lucky enough to be in attendance at the Kid Koala show Thursday night at The Bottleneck witnessed a rite of passage, a wonderful and natural life transformation. On this spectacular night, roughly 200 hundred fans saw Kid Koala become a man — a ladies’ man, a working man, a mannish man. For a few life-altering hours, Kid Koala metamorphosed weak and wacky spoken-word albums from the likes of James T. Kirk and Monty Python into futuristic funk, junkyard jazz, and true hip-hop for the head. These were some serious growth spurts, and this was quite possibly the show of the year thus far.

Kid Koala wrestled with beats so large they put Hercules’ beast-grappling efforts to shame. With deft precision and superhuman skill, Koala served as the esteemed professor of Beat Science 101 and took all to school. Puberty and testosterone aside, everybody came away from this educational evening with hair on their chests — it was that funky.

Between skits/sets, Koala stepped up to the mic to humbly explain his tweaking techniques and introduce his collaborator, DJ P-Love, and his band, Bullfrog. These gifted artists made numerous appearances, adding to the overall flavor of the night while seamlessly merging their contributions with whatever the Kid was doing at the moment. And the Kid was doing all sorts of things — manipulating beats, tempos, space, and time — all with a warm, friendly smile on his boyish face.

Koala finished his set with an introduction of his co-headliner, DJ Amon Tobin, and a great big smile. Tobin took over the stage and began an amazing set of brazen Brazilian jazz beats and Jetsons-esque sounds. Those who’d been head-bobbing along to Koala’s seminal set gave it up and hard-stepped through the jungle foliage grown by Tobin behind the wheels of steel.

Before these two Ninja Tune labelmates spun their astounding sets, Lawrence’s very own street poet laureate, Mike Tanner, a.k.a. the Rock Dog, busked for tips like he usually does from somewhere on Mass Street, adding a sense of humor to the proceedings that’s usually missing at DJ-led affairs. Preceding Rock Dog and his pet chocolate lab onto the stage was up-and-coming local DJ The Guy Downstairs, who recently attained some fame by taking part in the KJHK DJ competition. His set was a laid-back affair, but he showcased his futuristic funkateering and a promising sense of musical style.

At the end of the night, after smiling while signing an autograph and a half for every human and dog on the premises, Kid Koala could be found solo, back by the pay phone, still flipping switches, but this time to arcade favorite Galaga by Midway. Still as absorbed and diligent as he was behind the turntables, Koala maintained his youthful exuberance to the very end, but his performance reinforced his status as a masterful and mature musical presence.