Kid Computer celebrate their debut album, Cafe Vertical Garden, with show at The Rino this Saturday 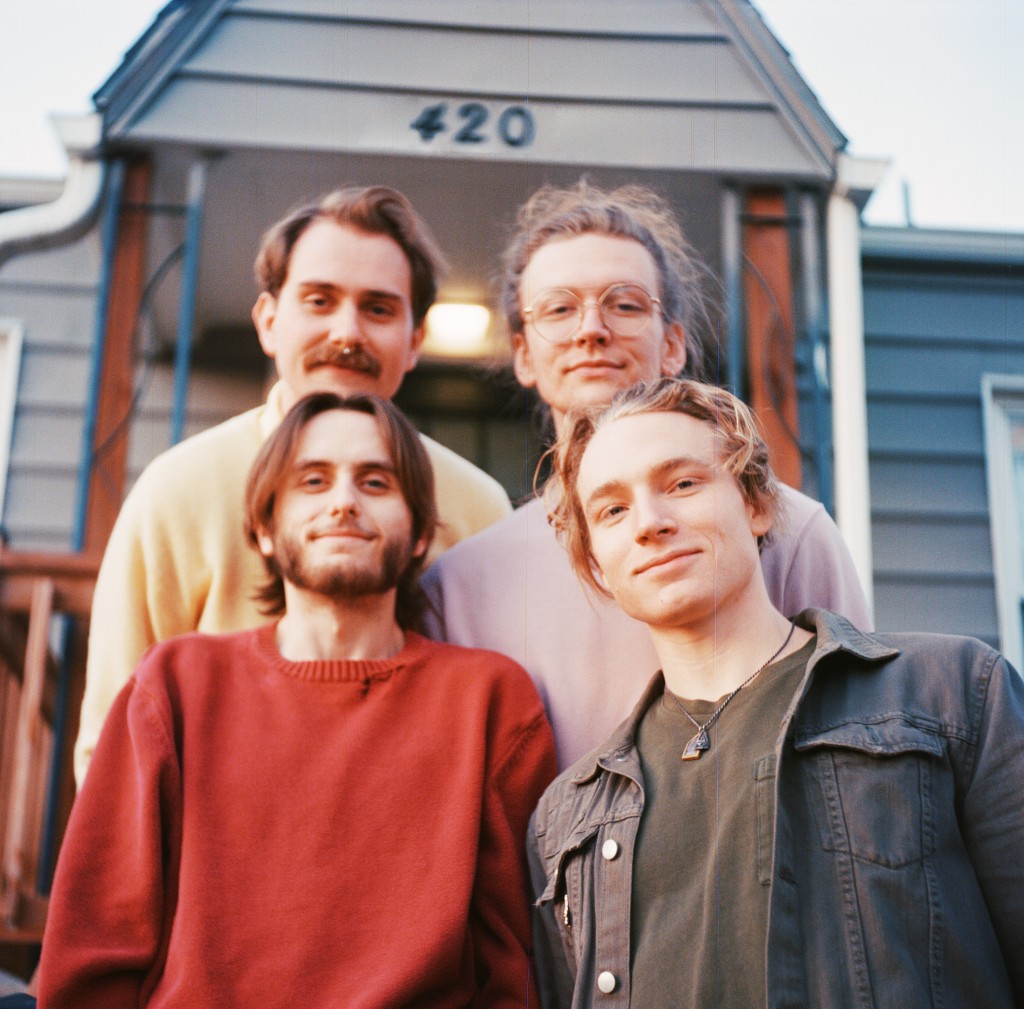 Kid Computer’s George McMillan and Matt Gore walked into The Filling Station on McGee and quickly started talking to the barista. McMillan recognized her and we overheard her ask about the band. This was the sign that these were the guys we were looking for.

If you’re already familiar with Kid Computer from any of their previous releases, they may look a little different to you now. With the pandemic came a pause in performances and a change in lineup. The album was recorded and produced with the help of Christian Sanchez, now a former member, but George and Matt are committed to the band for the foreseeable future. They’ve added Andy Wooden and Bill Jones to fill out the band and are already starting to write new songs.

We sat down with the guys on the patio to talk about the release of their new album Cafe Vertical Garden, their influences, and how they’ve crafted what they describe as their “super-sonic pudding-pop” sound. 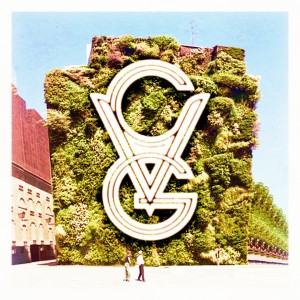 The Pitch: Can you talk us through the process of creating this album?

George McMillan: This was the first time we’ve ever recorded something on our own. Our former bandmate Christian [Sanchez] just exited the band … so before, we would write and record music together and he would produce it. It was pretty different since this was our first album, and everything else that isn’t on this album was recorded by and produced by someone else. This time, we recorded it at four different places…

Matt Gore: … Over the course of two and a half years

GM: It felt like it took forever. We recorded it on our own at each of our homes, so there’s a little bit of inconsistency in the sound because of that. But it was really nice because usually in a recording studio, it’s like you have to get it done since you’re paying to be there. We did a lot of hanging out and chilling, and it was a much more relaxed environment than before. It was actually a blast.

It sounds like that may have had a part in affecting your timeline! For the record, we think the songs work together pretty cohesively. How do you think your sound has grown in comparison to your older releases?

GM: Yeah, we never liked pop-punk but we always sounded like pop-punk until recently. We really started liking psychedelic rock and electronic rock. We’ve been trying to move in that direction and we’re finally getting there. Since we had a little more time with this one, we were able to do a more experimental production.

It’s nice to have the freedom to make music that feels completely your own. What was your favorite part?

GM: I think my favorite part was probably the times when we said, ‘Let’s try this’ and we could. It was the first time in a recording experience, for me anyway, where time didn’t matter as much. We got to try things that we normally wouldn’t.

What is your favorite song on the album and why?

MG: “Anything Else” or “Romantic Overdrive.” “Anything Else” was really satisfying to write because Christian and George came up with the main keyboard progression. They recorded it one day and sent it to me and I said, ‘There’s no way this is us.’ That was a cool moment.

GM: That’s an old song and it’s kind of weird that it ended up being one of the best ones because we wrote it three years ago. I wrote like two guitar parts and Christian took them and put it all together. He basically finished the song with these two parts and dropped everything else in. It just worked out really well.

The songs you work on the longest always sound the best, but the time you get there, you’re probably tired of it already. What have you been most proud of throughout your time in the band?

MG: The loyalty and dedication are really satisfying. It’s an investment of our time and that’s what makes me the proudest because it got us to where we’re at now.

GM: I would agree. There’s been probably more than five times now where I was like, ‘The band’s over. We’re not going to make music anymore.’ The fact that we’re still doing it and better than ever before… We’re actually starting to play shows again and we have a new band. 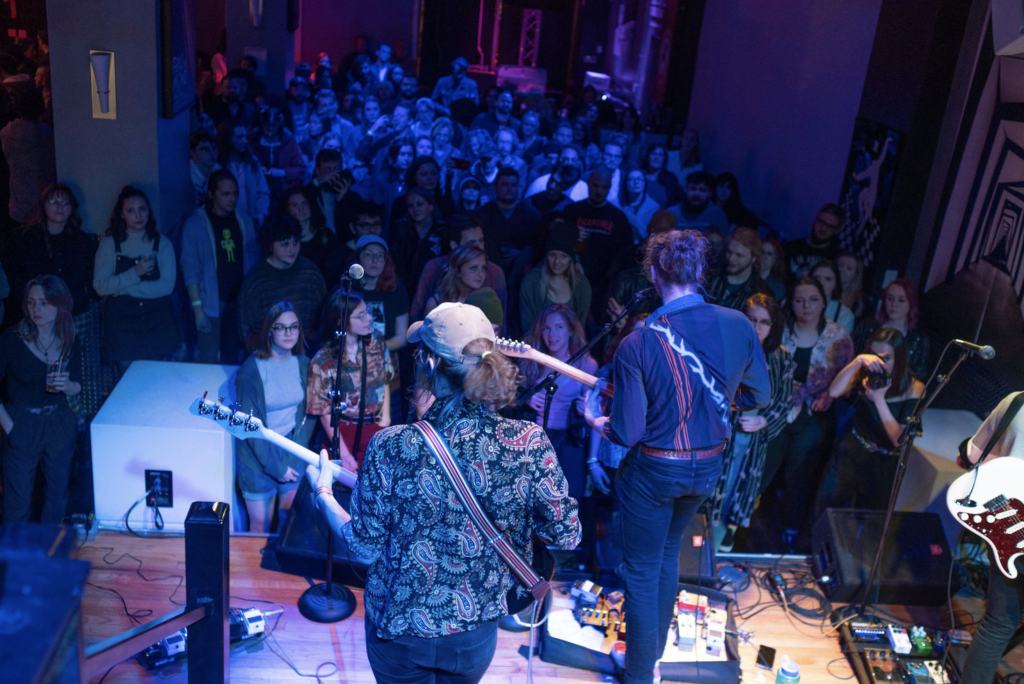 How did you go about figuring out new members at the same time you were releasing an album?

MG: Right when the pandemic started, our previous drummer Dalton [Grenier] quit. Christian left last December, but sometime before that we brought on Andy and he’s just been a blast to hang out with. I played bass until a few months ago, so when Christian left I decided to switch to guitar and synth. It just so happened that my best friend from high school moved into town. He’s always been the bass player in bands growing up, so now he’s playing that and it’s really fun.

GM: We just got super lucky. We didn’t actually do anything, we just had two really good friends who happened to be the perfect fit. I don’t even know how that happened. At this point we definitely have more people not in the band than in the band.

Explain Cafe Vertical Garden and the concept behind the album.

GM: It’s pretty scattered since the songs are written over four years. Christian wrote lyrics for four songs, I wrote six songs, I think. “Anything Else” was written in 2019. I had gone out of the country for the first time to Spain. The happier part of the album is travel and adventure-inspired. On the other hand, I had the worst anxiety of my life in 2020 and it was life-changing. That was a huge inspiration and there was nothing else to do, so I really dove into music.

The only other thing I can think of is our interest in psychedelics and shrooms. Christian and I messed with that over the last few years and that definitely had an impact. I don’t mean to be that generic out-there hippie guy, but it had a real spiritual impact. I’m a resentful Christian and it really saved that. I realized I could still have a spiritual relationship but not necessarily have to be religious.

MG: The album cover is also a picture George took in Spain.

GM: Yeah, it’s from Madrid. We weren’t planning on calling the album [Cafe Vertical Garden], but it’s a lyric from “Anything Else” that caught our ear at some point. Initially, I wanted to make a concept built around an ideal place. Cafe Vertical Garden is a building that when you’re inside of it, you’re totally comfortable sharing subject matters like anxiety and spirituality and other things that are usually really difficult to talk about. It’s just a way to express some of those concepts without scrutiny.

MG: It was right when we first started recording and we listened to “Anything Else” in its final form. I think one of us just said out loud, “Cafe Vertical Garden.”

GM: It just clicked and that almost never happens.

You can listen to Kid Computer’s debut album Cafe Vertical Garden now wherever you stream music or catch their release show at the Rino on Saturday, April 2. Details on that show here.