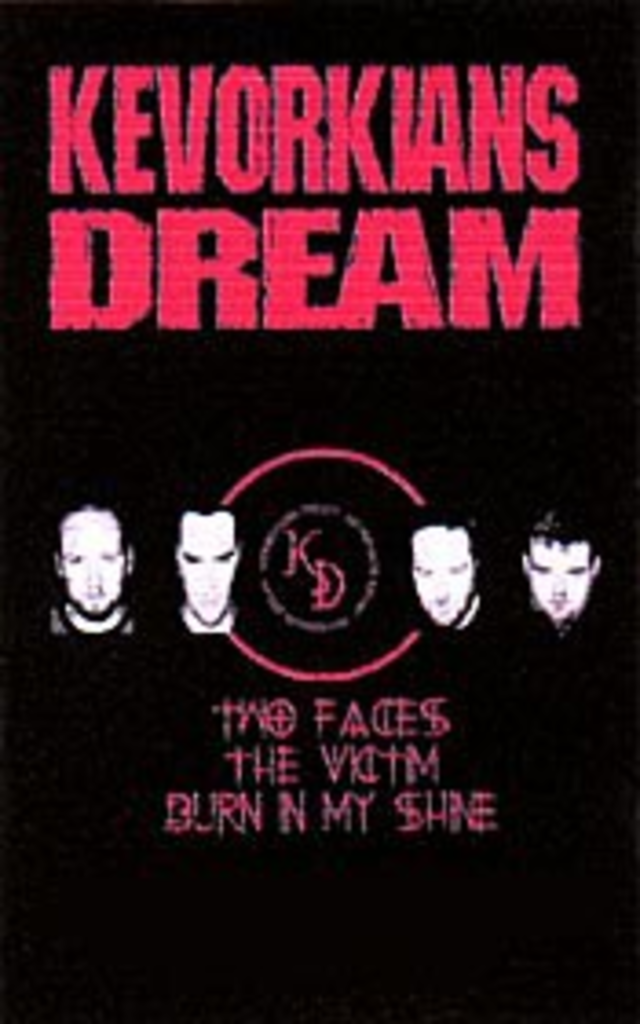 What’s the best way to distinguish Kevorkian’s Dream from the scores of other new-metal outfits flooding the market with releases? Well, for starters, the band’s name is in the possessive form, which is common for horror-movie sequels (Freddy/Jason/Pumpkinhead’s Revenge) but relatively rare in the metal moniker category. Moving on, this quartet is from Columbia, which is better known for its jam bands and Americana groups. With “Burn in My Shine,” singer Scott Dunkin seems to have created a unique new expression, and by shouting it repeatedly during the chorus he apparently does his best to establish it as a fresh catch phrase. Although there’s a rhythmic style to Dunkin’s delivery, he’s not rapping, which gives Kevorkian’s Dream a sound closer to early Machine Head and newer-era Sepultura and Entombed than to Papa Roach and Limp Bizkit. Actually, all of the members of the group perform their parts in a percussive fashion, as if this is a group composed entirely of former or current drummers. At this point, the differences between Kevorkian’s Dream and the rest of the pack start to fade, with these four competent yet unremarkable tunes doing little to distance this squad from its peers. However, despite the probable recommendation from the band’s namesake, there’s too much musical talent in this group for it to pull the plug this early in its career.