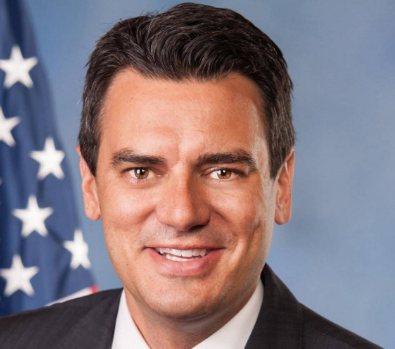 Last week, I posted a short item about a humorous campaign ad by Democrat Kelly Kultala, who is running against Republican incumbent Kevin Yoder in the race to represent Kansas’ 3rd Congressional District in the U.S. House of Representatives. Kultala’s ad makes fun of Yoder for getting busted skinny-dipping in the Sea of Galilee during a fact-finding trip to Israel. It generated several online comments from Pitch readers. One, from an (anonymous) reader named “Walter,” went as follows:

They [The Pitch] are nothing more that a liberal attack dog. Whether it is a stupid article that has nothing to do with policy and the politicians involved or very misinformed articles about the payday loan industry, which it is clear that the author hasn’t [sic] ax to grind, it is nothing more than a local National Inquirer….

Walter’s apparent dual advocacy for Kevin Yoder and Kansas City’s notoriously shady payday-loan industry got me thinking. Perhaps there is some kind of connection between the two? Well.

*Christopher Hodes gave $4,800 to Yoder in the 2012 election cycle through his payday operation Star Financial. Hodes has been sued by the state of Arkansas for usury violations.

*William Dugan, of the Lead Group (formerly PrimeLead), a lead-generating business for online lenders, donated $2,500 to Yoder in 2013.

*Cash America International, a Fort Worth-based payday lender and pawnshop chain, has given Yoder $6,000 since 2012.

By that rough count, Yoder has received more than $150,000 from the payday-loan industry since first running for U.S. Congress in 2010. It makes you wonder what all those payday folks get out of donating all that money to Yoder.

Here’s one thing: In August 2013, Yoder and 30 other members of Congress wrote a letter to outgoing-Attorney General Eric Holder, admonishing the federal government for cracking down on shady online lenders by choking off their access to the banks. (I wrote a little about Operation Choke Point, as it’s known, here.)

Appropriately, the top two signatures on that letter were from U.S. Congressmen representing Missouri and Kansas: Blaine Luetkemeyer and, yes, Kevin Yoder. In August 2014, Luetkemeyer introduced an amendment seeking to defund Operation Choke Point. It passed in the House. Yoder supported it.

Was Yoder’s decision to sign and send the initial letter, and to vote to defund Operation Choke Point, influenced by the fact that he’s taken $150,000 from the payday-loan industry since he first ran for the U.S. House of Representatives in 2010?

“Of course not,” says Dave Notanski, a representative for Yoder. “Concern for Operation Chokepoint is both broad and bipartisan, which is evidenced by the more than 30 signatures on the letter and unanimous support for the defunding amendment.”