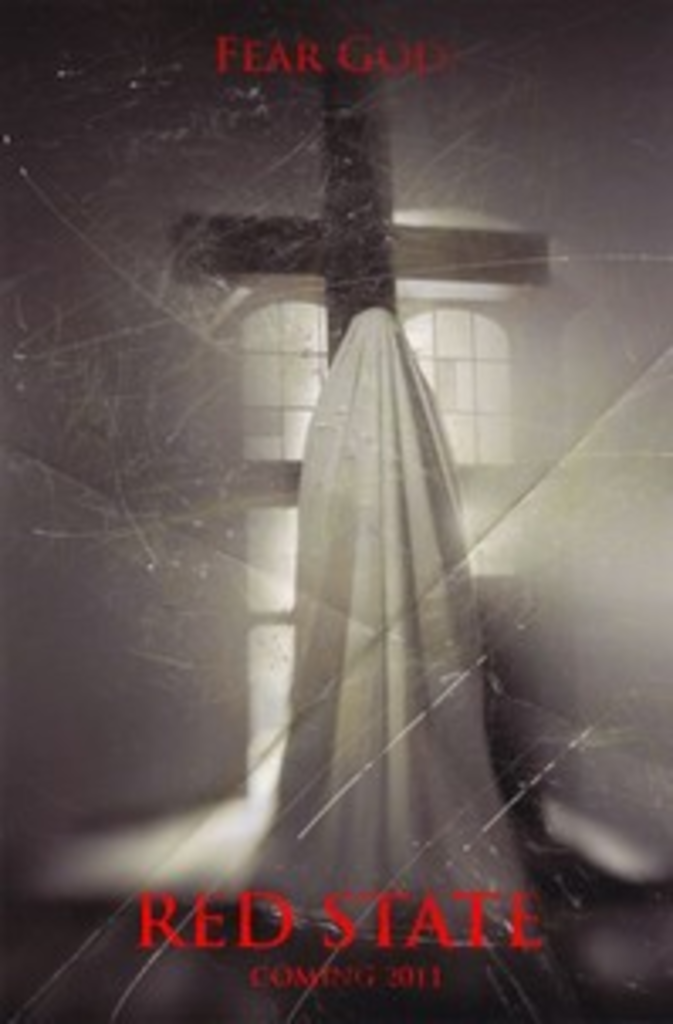 Before Saturday night’s Kansas City premiere of Kevin Smith‘s Westboro Baptist Church-inspired Red State, Shirley Phelps-Roper told me that her family had an exit strategy. They weren’t sticking around if the film became too raunchy. I told her that it’s a Kevin Smith flick; it’s bound to get raunchy. So about 15 minutes after the lights went down and the film started, the members of the Westboro Baptist Church streamed out of the theater.

After the film, Smith recalled the exit. He said Megan Phelps-Roper, who was supposed to review the film, tapped him on the shoulder, thanked him for inviting them, but said the film was far too “filthy” for their tastes. But they did leave Smith a present: An autographed picket sign that read “Red State Fags.” Smith cherished the gift.