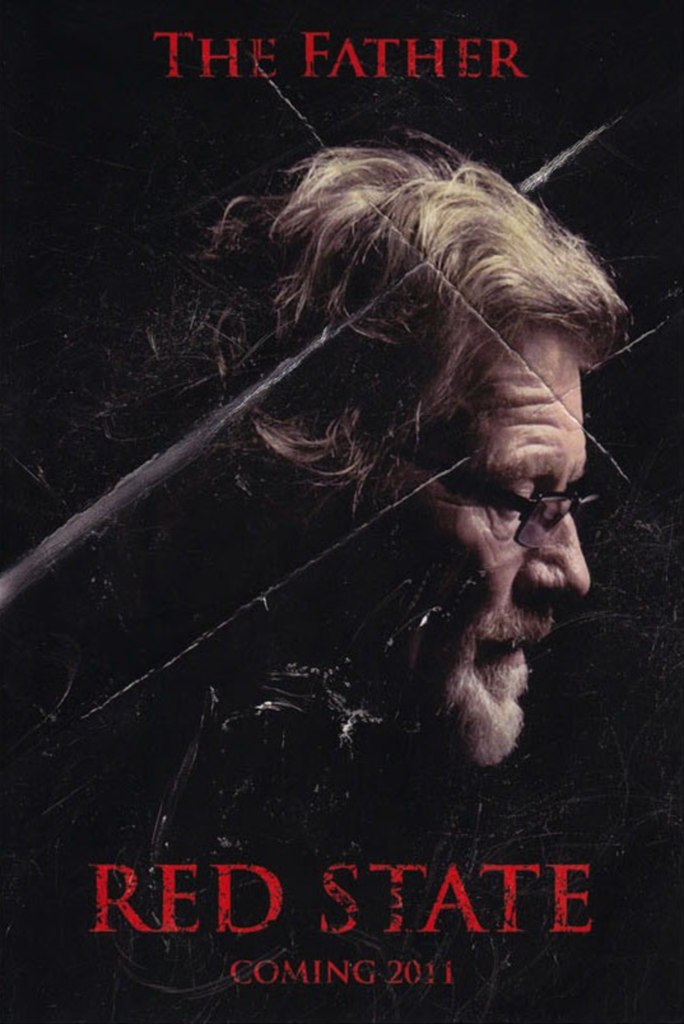 The teaser trailer — you can watch it after the jump — gives a March release date. The film’s premiere screen is slated for the Sundance Film Festival in January.

The Westboro inspiration is clear in the teaser trailer, which features the Phelps-like family picketing with signs … just like Shirley Phelps-Roper and the rest of the clan. Michael Parks also makes it clear in the teaser that he’s going to be every bit as creepy as the pastor character.