Kenny Cohrs gives us a preview of his Bacon & Bourbon cocktail 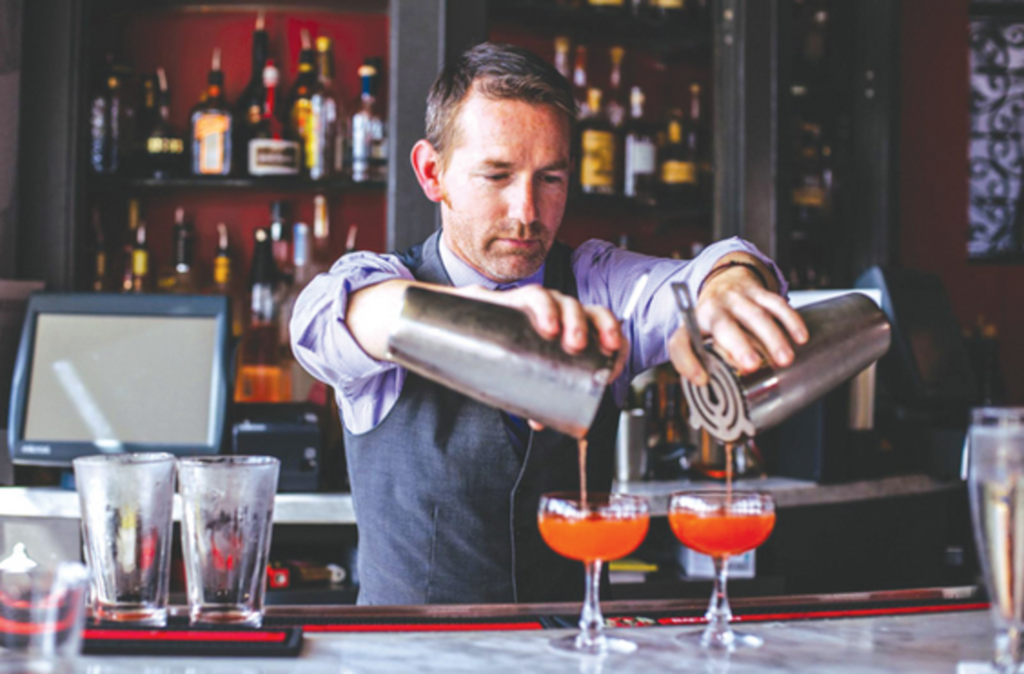 Fact: Kenny Cohrs is incapable of making a bad drink.

If you enjoy cocktails around Kansas City, you’ve likely experienced one or two from Cohrs, and you therefore understand the powerful pull of his recipes. Which is why we’re thrilled to have him on the roster for our annual Bacon & Bourbon festival on Thursday, April 16, at the Guild. Along with five other rad local bartenders, Cohrs will be featuring an original bourbon-themed cocktail. I stopped into Jax Fish House & Oyster Bar, where Cohrs is the bar manager, to get a preview.

At Bacon & Bourbon, Cohrs – who is also representing Liquid Minded Concepts, where he is a partner, and Cleaver & Cork, where he also bartends – will be serving one of his signature cocktails called Breakfast at Tiffany’s. It sounds delectable, featuring bacon fat-washed bourbon (Cohrs will be using Jim Beam’s Bonded), orange juice, grenadine, honey syrup and bitters.

“There were two elements of inspiration for the recipe,” Cohrs tells me. “One, I wanted to do something that’s a little bit more savory and breakfast-friendly or brunch-y, rather than just simply having a bloody mary. And then, almost any restaurant – even here, we’re primarily a seafood restaurant – has bacon fat on hand, and being able to use some of that in a bourbon cocktail is kind of fun.”

But the bacon fat-washed bourbon requires a few days’ prep work, and I wanted something on the fly. Cohrs, ever accommodating, smiles.

In short order, Cohrs has kept most of the original recipe, subbing only Four Roses Yellow Bourbon in place of Jim Beam’s Bonded. He shakes the ingredients, then strains the mixture over ice into a rocks glass. He garnishes with an orange slice and slides the cocktail toward me. 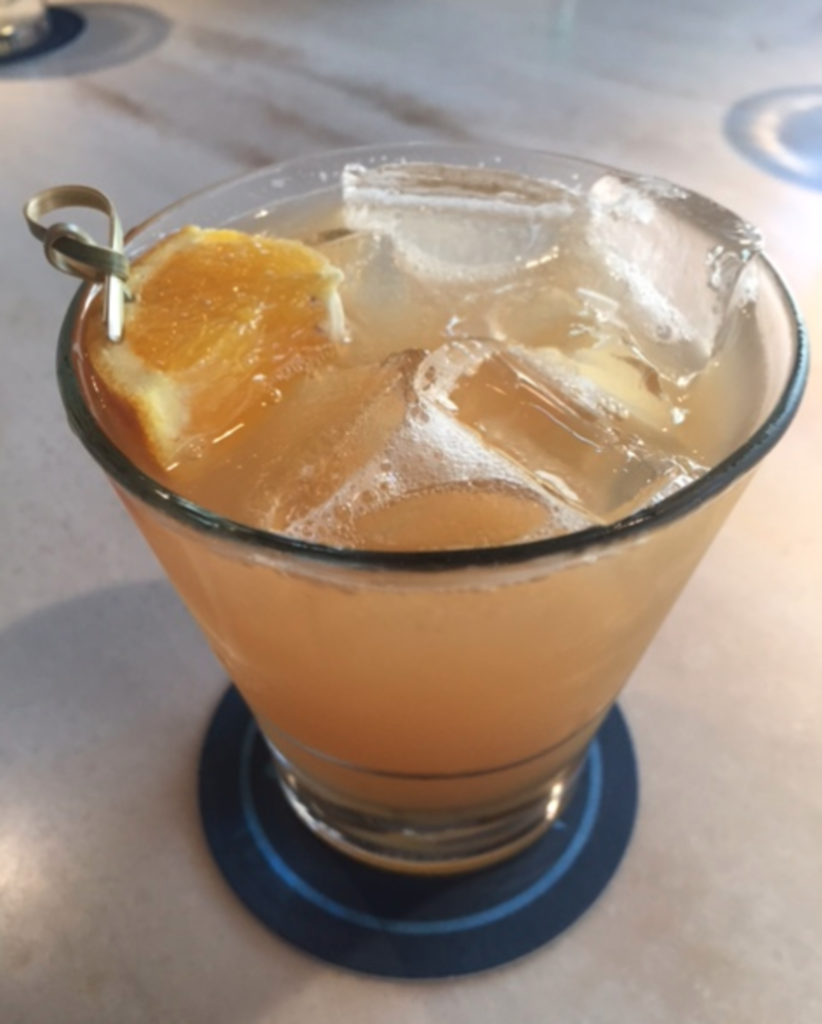 Cohrs calls this the Yellow Ribbon, but I think it deserves the first-place blue. It’s crisp and refreshing, with the flavor of bourbon very present, despite the orange juice (which, as far as mixers go, can often overpower the taste of other ingredients). But Cohrs’ creation is wonderfully balanced; I can only imagine what the presence of bacon will do when he delivers his Breakfast at Tiffany’s.

“All good, dear?” Cohrs asks me, eying my near-empty glass.