Kelly Manning knows his crowd at Tavern in the Village 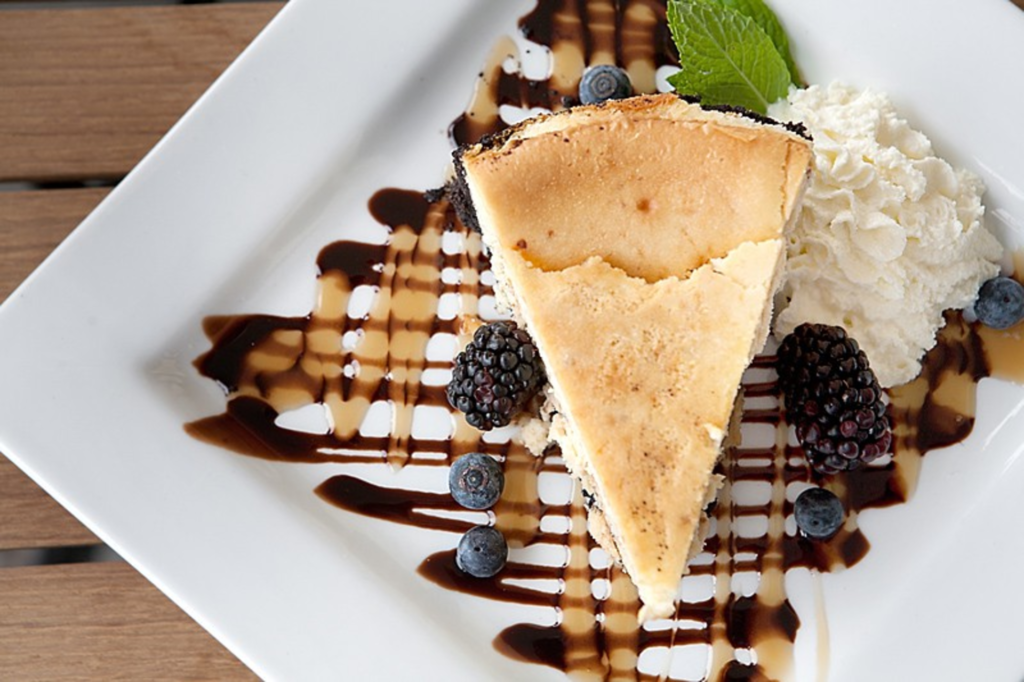 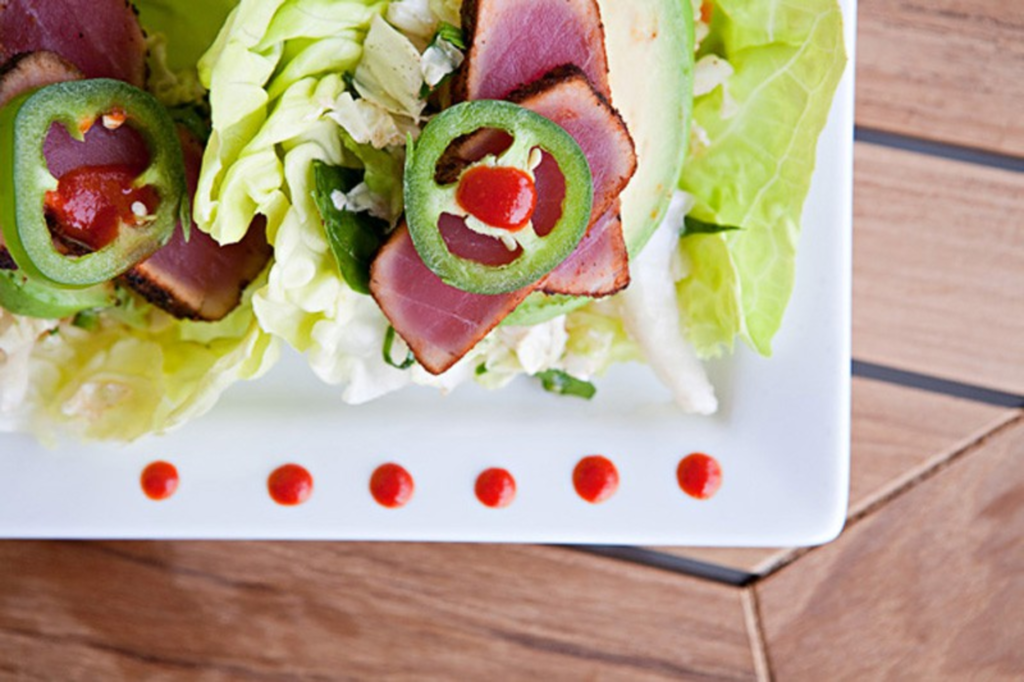 It takes a long time to become an overnight sensation, they say. In the case of restaurateur Kelly Manning’s Tavern in the Village — a success since its February opening — you could say it’s a riches-to-riches story. But that would be leaving out a major part of the plot.

Yes, Manning had a privileged youth in Mission Hills but not so sheltered that he didn’t go to work at an early age, as a teenage busboy in the old Coyote Grill restaurant. He liked the restaurant business enough to stick with it (I wish I could have had that reaction as a busboy) and spent 14 years working his way up the corporate ladder, from server to regional director of operations for the Morton’s Steakhouse chain.

All that experience means that Manning has a firm grasp on the hospitality industry. More important, he really gets the demographic of Prairie Village and the surrounding suburbs. Manning seems to have figured out that the patrons of his first restaurant wanted a neighborhood joint that wasn’t anything like a neighborhood joint. After all, Prairie Village already happily supports such spots as the Blue Moose (a casual, family-friendly saloon where Mom and Dad can swill cold beer while the kids gnaw on fried-chicken fingers).

Manning’s Tavern is the Martha Stewart version of a neighborhood joint. It’s so tastefully constructed that it evokes a Midwestern country club — without the pool or the golf course and not so exclusive. Anyone passing through the heavy front doors gets the same cheery service. Yes, Manning learned a few valuable tricks in his years at Morton’s, including the art of treating ordinary schlubs like VIPs.

The difference, of course, is that ordinary schlubs visiting Morton’s still needed enough dough to pay for those costly dinners. And at those prices, they had to be treated well. Manning’s restaurant isn’t expensive — most of the entrées on the menu cost less than 20 bucks — but the service is polished, attentive and nicely paced. The waitstaff never seems rushed or harried, water glasses are refilled without prompting, and dirty plates are quietly whisked away. No one sidles up to the table while you’re in midbite and asks, “You still working on that?”

Working on what? Dining out should never be work, even for people actually working (like me). That’s the appeal of Tavern in the Village. No matter what you think of the menu, the décor, the occasional claque of middle-aged predators trolling the bar, it adds up to a comforting experience.

I’m not sure that Manning could duplicate this restaurant’s model anywhere else in the metro. It’s the antithesis of Applebee’s (a franchise that failed in this location), which found success melding an Epcot version of a neighborhood pub with a menu closer to a Denny’s. As I said, this is the way Martha Stewart might imagine a suburban bar and grill: sandwiches, salads, good steaks, fine potatoes, fresh green beans tossed with lemon juice and ground pepper.

Chef Ion Froneberger’s menu isn’t pricey, but it’s unabashedly fancy. His idea of “bar food” is to create sliders out of ancho-seared beef tenderloin (“fajita” style with onions and peppers) or barbecue chicken sliders topped with fried onion straws.
Nachos? Froneberger sets out a plate with three small tostada shells heaped with black beans, roasted corn, spicy chicken chunks and goat cheese. I loved the sliders and gave myself over to the nachos with abandon.

That said, there are a couple of clunkers here that I couldn’t be persuaded to try again. A thick slab of cheesy potato “hash” made with spicy andouille sausage might have been tasty if there were more than three or four cubes of sausage in it. The turkey croissant was a mushy pastry split open and crammed with limp meat, sliced apples well past their snap, and a half-congealed wash of brie.

Froneberger and Manning have created an appealing menu, but it’s limited enough that every time I look at it, I think, It needs something. I’m not sure what, exactly. Most of the tavern standards are on it, including a very good burger and a satisfying bowl of macaroni and cheese. There’s a veritable garden of salads, including an ersatz “Asian” creation with pretty squares of salty seared tuna, avocado and mango slices, and strips of fried wontons in a sassy citrus vinaigrette. I was still gulping glasses of water an hour after I finished eating it.

One night I shared a steak — a gorgeously grilled, succulently tender Kansas City strip — with a friend. Given Manning’s tenure with Morton’s, you’d expect the steaks here to be excellent, and this one was outstanding. The brassy side dishes weren’t just minor notes, either. Fresh spinach, sautéed with chopped shallots and garlic, was revitalizing; the whipped potatoes were buttery-rich; and the macaroni and cheese was more creamy than cheesy, even though it was concocted with cheddar, mozzarella, parmesan and provolone.

The Caesar salad needs some work — mine was slightly overdressed — but most of the soups I tasted, notwithstanding a bland creation of spuds and onion in broth, have been really fine. There was a different, far more supple potato soup on a different night that was so delectable, I wanted to swim in it.

There are wonderful house-made desserts, including made-to-order doughnuts, dusted in cinnamon and sugar, that look as if they’d be extraordinary with a cup of Tavern’s robust Roasterie blend. But I’m strictly a doughnuts-before-9-a.m. kind of guy, so I ordered the cheesecake instead. That night, it was a lovingly silky (not dense or crumbly) cream-cheese delicacy whipped up with pieces of Butterfinger candy. I’m not sure Martha Stewart would permit Butterfinger candy bars if something a little more dramatic would do. Maybe pieces of Ghirardelli Intense Dark Espresso Escape?

Happily, I like Butterfinger just fine and thought the cheesecake was delicious. I ate it while watching one of the women at the table across from me furiously dialing her cell phone while her companions nibbled — with the gentility of Edith Wharton characters — on toasted pita wedges and hummus.

“Who are you calling?” asked one of the other women seated with the dialer.

“My Pilates instructor,” she said with a low sigh. “I can never get her when I want her.”

Yes, Kelly Manning understands brilliantly the community surrounding his restaurant. I can hardly wait to see what he comes up with for his next restaurant.