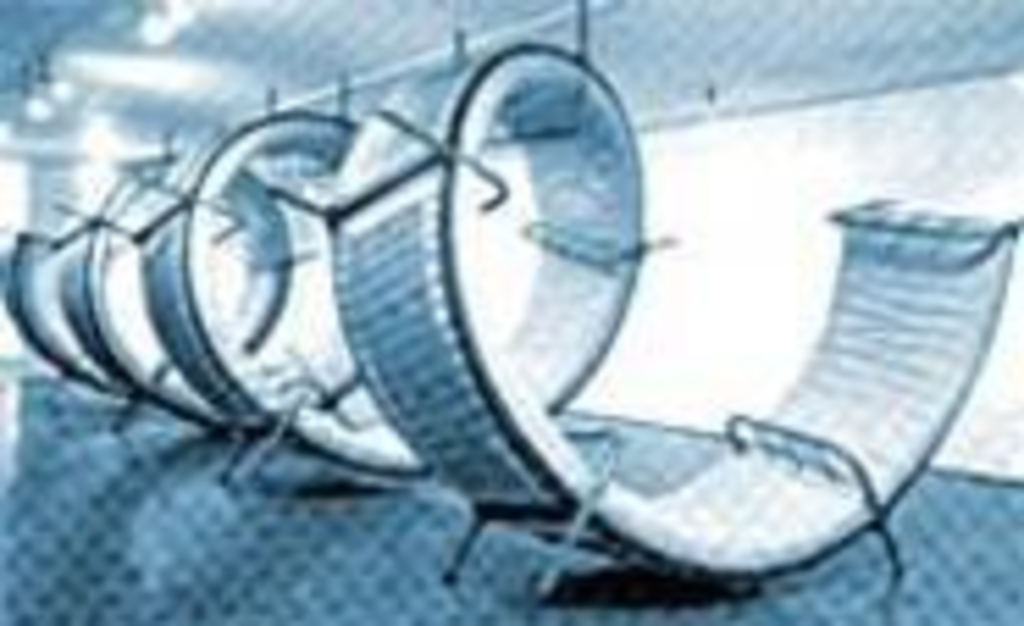 Although the end might be the same, the means to achieve it often differs between men and women. Generally, a man imposes his will and a woman draws one into her circle of influence. It’s the difference between working from the top down or from the bottom up, politically speaking.

This dichotomy has been eroding over the past few decades, however. In recent shows in Kansas City, Kendall Buster’s sculptures imposed their feminine will, and Johnny Naugahyde’s small mixed-media pieces established an intimate relationship with the viewer. But the presentation of three artists whose shows recently overlapped for two weeks at the Kemper Museum of Contemporary Art seems, at first glance, to reassert traditional roles.

The work that opened June 30 in the larger, open gallery — Field by John Bisbee and No Title by Robert Therrien — requires plenty of elbow room. Deborah Willis’ work, which closed July 16, fit comfortably in a small gallery near the Kemper’s entrance. And if space were defined in science fiction lingo, Bisbee and Therrien concern themselves with the “outer” variety, while Willis preferred to negotiate the “inner” sphere.

Bisbee’s Field is a large, circular grouping of metal bits and pieces on the floor, reminiscent of the scatter-art trend of the ’70s. A closer look reveals something quite extraordinary — namely, that every element within the whole was constructed from nails alone, ranging in size from tiny tacks to imposing spikes. He came up with an endless variety of forms: spheres, spirals, cubes, and many less-identifiable organic shapes. Some have a sense of completion; others seem abandoned midway through. Some of the smallest elements appear to have fallen off larger ones, as if they are all in the process of decay and rebirth.

From one perspective, Field could be an insane game of jacks on a giant scale, but Bisbee’s title leads one to believe that these forms create a bed of industrial weeds. It recalls the odd beauty of a well-stocked junkyard or an overgrown vacant lot.

Therrien’s use of an object loaded with associations, that of a metal bed, automatically positions his work within the surreal. He welded together 18 of these austere forms end to end, and he curved the longer supporting rails to create a huge corkscrew that spirals 35 feet through space. Tucked around each bed’s mattress are a sheet and two blankets, the topmost blanket a slightly dingy pink color.

A multitude of these beds invokes an image of low-income hospital wards from the early 20th century, but Therrien replaces these uncomfortable, almost torturous, associations with transformative hope. Like a phoenix from the ashes, these beds rise and curve into a magical form no longer tied to the earthly world.

Visitors who left behind Therrien’s imposing sculptural forms to enter the small gallery where Willis’ mixed-media pieces hung confronted Willis’ use of such domestic strategies as quiltmaking and genealogy. Her work explores the conjunction between personal experiences and social constructs; many of her pieces tell an intimate story.

Willis’ interpretations of family history, based on old photographs and memories, fall into the feminist camp: equal parts sentimentality, social satire, and maternal strength. One piece in this vein, an homage to her deceased nephew, rings true and bright. But it is her exploration of the body that breaks new ground, because Willis is an African-American woman.

In “Washboard 1,” “Washboard Stomach 2,” and “Washboard 3” — a photographic triptych — race enters into the feminist dialogue and servitude collides with strength. Two photographs of antique washboards (presumably used to launder a never-ending pile of other people’s clothes) flank a central photograph of a black female belly, sculpted by the modern-day workout and ornamented with an ankh tattoo, belly-button ring, and satin panties. This stark contrast between past and present alludes to a transformative spirit not unlike Therrien’s beds, but its source is particular and personal. Willis’ body work has a warriorlike attitude that pushes femininity into a new realm.

This varied collection of work, by artists who at first glance seem to have very little in common, moves toward a greater appreciation of the creative spirit on all fronts. Whether the message comes from man or woman, black or white, its meaning is clear: Transformation requires little more than a strong will.