Keeping it in the family: KC-raised comedian Jeremiah Watkins releases his hour-long special 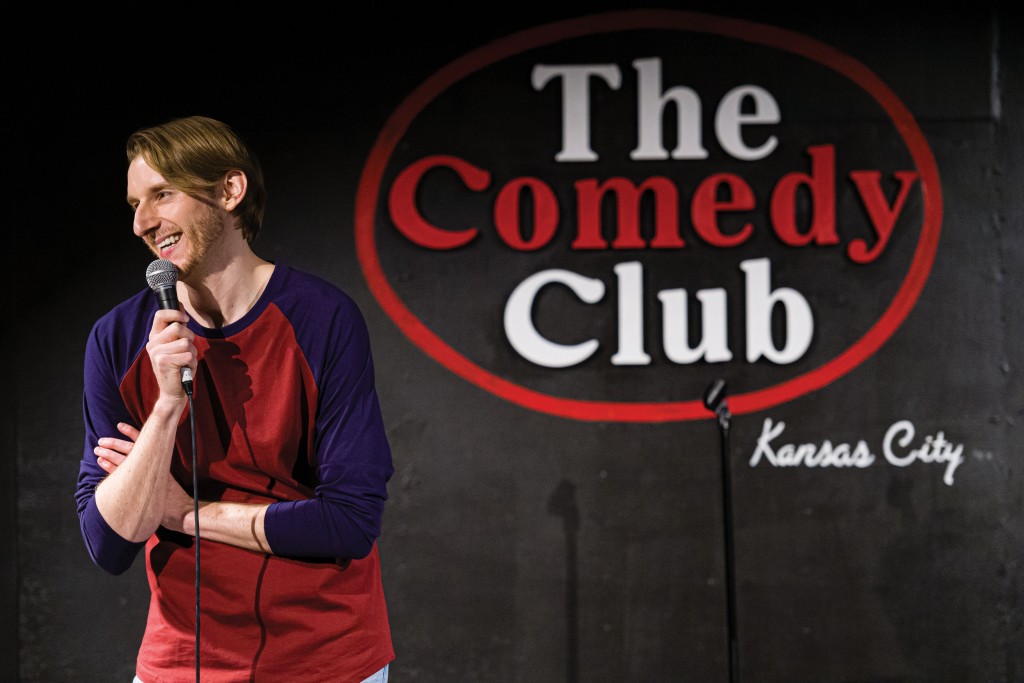 When Jeremiah Watkins saw his entire family sitting directly at eye level at his show at the Kansas City Comedy Club, he was horrified.

“Wow. This is weird, there’s so many people I know in one room,” he says, laughing, within the first 20 seconds of his performance in his new comedy special, Family Reunion. “Man, I hope this goes alright!”

The KC born-and-raised (now Los Angeles-based) comedian prides himself on his ability to roll with the punches. After all, his comedy relies heavily on interacting with his audience. But this was a completely once-in-a-lifetime challenge.

It was this bizarre scenario and subsequent commitment to still putting on a stellar act that turned into Watkins’ debut hour-long comedy special, Family Reunion. The special, coming out on December 8, 2020, follows his discovery of many family members and old friends in his audience, and the events that unfold throughout his performance. Spoiler alert: He gets heckled (and then hugged) by his own mom.

“It’s definitely something I wouldn’t have set out to plan,” Watkins says about the show. “It just organically happened. I’m the kind of comedian that rolls with everything that’s thrown at him. I committed to what was happening that night, and then I just went for it. I’m really glad I did because I don’t think that something like this will ever happen at one of my shows again.” 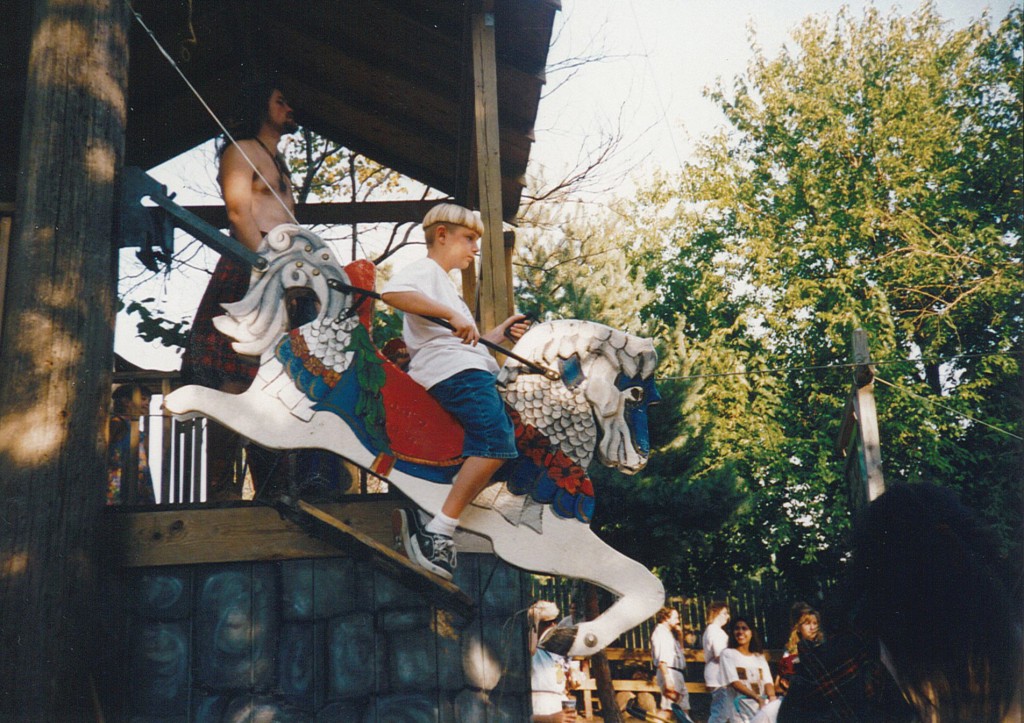 A childhood photo of Watkins. // Photo courtesy of Jeremiah Watkins

With a boisterous stage presence and a penchant for teasing the audience, Watkins’s style of comedy isn’t for the faint of heart. He’s learned to have an escape route if it’s not jiving with the particular attendees of the evening. But because he has endless possibilities with a different crowd every night, he guarantees a unique show every single time. It took some time to build up the confidence to work off the crowd, Watkins says.

“You fail. A lot,” he says. “And you realize, ‘Oh, well that’s not the way to do it,’ and then you get in a rhythm where you say: ‘Okay, I’ve failed so many times, what’s the worst that could happen at this point?’ and then you get good in that rhythm at working off of people. I’ve been doing it for so long now, that it’s very smooth for me, when I interact with audience members. I trust myself that I will find what’s funny about them and their situation.”

Family Reunion not only revolves around Watkins’s show at the Kansas City Comedy Club, but weaves a central theme of the support (and healthy skepticism) his family has for his comedy. Throughout the hour special, there are multiple segments interspersed where Watkins’s brother, sister, and father tell the camera point-blank just how they feel about his jokes. They laugh nervously, but give surprisingly earnest answers about some of his more raunchy material, and voice their love and support for him.

“Well it’s certainly two extremes,” Watkins’s father says, early on in the special. “Having one son as a stand-up comedian and the other training to be a minister. I guess our family’s kinda known for our extremes.”

Later in the special, he elaborates on his feelings about his son’s act with a smile. “A couple beers in me, that helps me digest whatever he’s saying about me onstage. Actually, I’ve been the subject of a couple of his comedies’ comments, and survived ‘em both okay, so I think it’s kinda funny.”

The idea for the segments came after that fateful show, Watkins says. 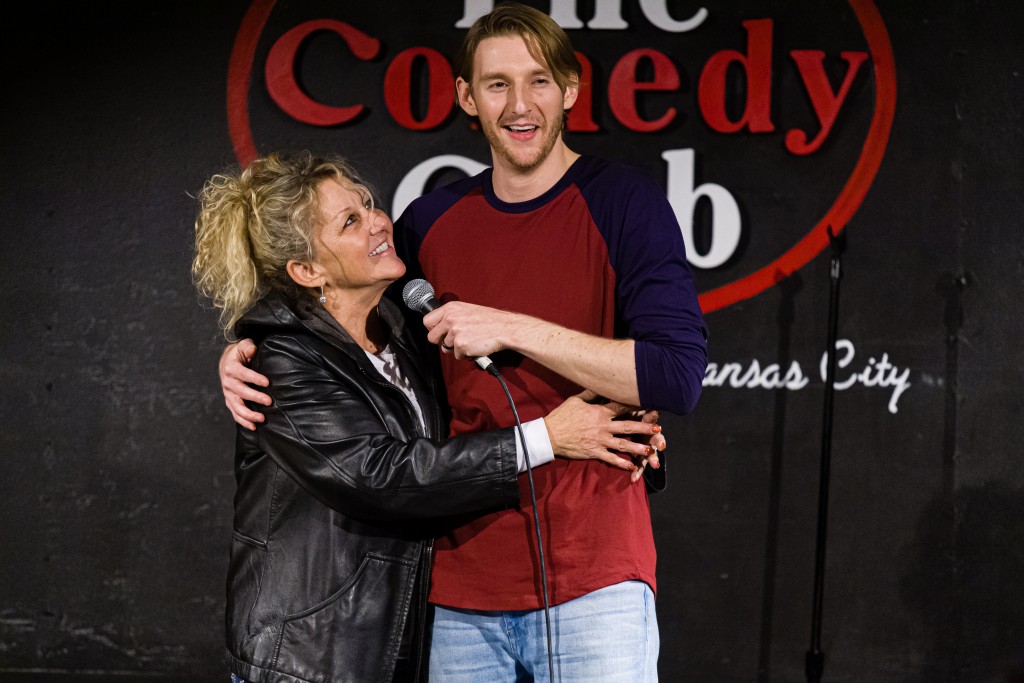 Jeremiah Watkins and his mom on stage. // Photo courtesy of Family Reunion

“It started out [as] me just wanting to have some kind of documentation of what they thought of the shows,” Watkins says of the segments. “I never have really asked them straight-up like I did in the documentary, and I thought they would give some good organic responses, because it’s not something that I prepped them on before I started filming. That’s why you see such natural reactions from my dad and my brother.”

Comments from the Watkins family and clips of Christmas ornaments that feature photos of a baby Jeremiah invite the viewer into his life more intimately than the average stand-up special of only jokes for an hour. If you’re a fan, it’s a delight to learn more about his family relationships; and to a brand-new viewer of his work, it’s a pretty solid crash course into his act and comedy styles.

“I think a lot of specials these days aren’t necessarily ‘special.’ It’s just a comedian doing an hour set in a big theater with fancy cameras,” Watkins says. “But for this, this just happened to me, and I wanted other people to experience what I went through, and be a fly on the wall.”

He had no idea his December 2019 show in KC would turn into his special, he says. “It was just one of those magic nights that I wanted other people to see. Especially with the pandemic happening [now], I wanted to get this material out.”

It is particularly refreshing to watch live material from before the COVD-19 pandemic that revolves around family connections, and from before there was so much risk attached to being around each other. Watkins is still touring several nights a week doing socially distanced shows, but the live experiences of the pre-coronavirus era may not be back for a long time.

“The shows on the road now are limited capacity, which means less money for everybody involved: the clubs, the comedians, the waitstaff. So it’s definitely more difficult right now,” Watkins says. Still, there is a silver lining: He is one of the lucky few live performers able to continue supporting themselves through in-person shows, and Watkins prides himself on bringing a moment of escape to a bleak situation.

“I’m grateful that I have the opportunity to be in a group of comedians that are still able to tour, because a lot of comedians aren’t able to do that right now,” he says. “My whole thing, when I go on the road, is to try to divert peoples’ attention from all the craziness in the world right now. Let me give you an hour of a mental vacation from your problems, and try to give you some positivity in your life. That won’t just help you the night of [the performance], that’s gonna help carry you through the rest of your week, your month.” 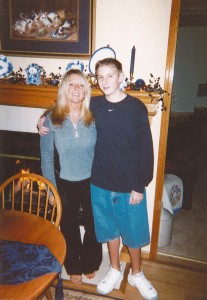 Comedy specials seem to lend themselves to the entertainment predicament we’re in right now. They are, after all, a snapshot of one magical night we may never get back. With no real timeline to return to typical live events, virtual and livestream shows still bring joy, but there’s something especially bittersweet about watching the organic laughter come from a packed and unmasked room. Family Reunion proves to any viewer that they too can feel the magic of the performance lo these many months later.

Watkins’s style of comedy can seem harsh at times, but moments captured in his special contain genuine love and tenderness that make the viewer feel like they’re a part of his family too. In the middle of his set, he asks the audience to clap for his mom to come on stage. When she does, she attaches herself to his side shyly and refuses to look into the camera. Watkins asks if she’d like to say anything into the microphone.

“You know I have laryngitis,” she scolds him with a heavy drawl. She addresses the audience with her arms wrapped tight around her son: “But my baby, he’s the best in the world.”

“I got the best mom in the world, I love you so much,” Watkins replies, sending her off the stage with a beaming smile, before he cracks his next joke about her laryngitis making her sound like a rough-voiced stripper.