Keep Them Coming: The Strand Theater on Troost 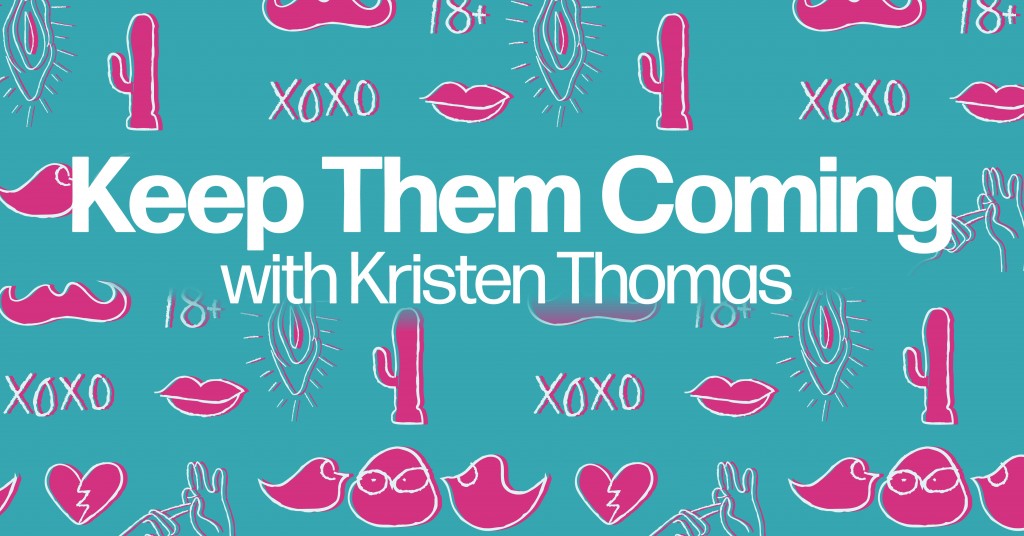 “What is The Strand like?” I asked a sex-positive friend who’s been a few times.

He described a place that was seedy enough to pique my interest, yet not scare me away from going. He described a debaucherous time warp I wanted to experience firsthand. I’ll try almost anything twice. He agreed to escort me for my first foray to The Strand, so long as I call him My Date for the purpose of this story.

The gentleman behind the counter, Michael, asked if we were first-timers after looking us up and down a few times. I confirmed I was while he checked my ID. He asked if we wanted to look around or go into the theater, but we opted to start off easy by browsing around the front room. Michael was amiable enough; he just seemed surprised I was there.

The nostalgia of the ‘90s video store I worked in during high school hit me quickly as I turned the corner and saw the slats on the walls and metal racks. The last update this section had was probably when they switched the inventory from VHS to DVD.

“Hey, did you ever watch stuff with Samantha Ryan back in the day?” I asked My Date.

“Hmmm, oh yeah, I remember her! She was pretty popular there for a while,” he recalled.

“I had that wild weekend with her in Hollywood a few years ago where she taught my classmates how to spank using my butt and then we smoked weed at Woody Harrelson’s brother’s house a couple days later.”

He cackled and said, “I forgot you have some wild stories.”

After assessing the rental situation, I scanned over the very basic sex toy selection in one corner. The section felt like an afterthought to this sex toy aficionado. There are places to get good sex toys in town. This is not one of them.

As we popped out and looked back and forth between the back of the place—which has the theaters and arcades—and the counter, Michael reminded us there’s a fee to go in the theater.

I handed it over. In exchange, he handed me a tiny red ticket, like the kind you get at a festival, and said, “Enjoy.”

My Date and I chose a spot in the back row where we could talk. I was a bit apprehensive to sit, admittedly, but I sat down on the edge of a seat and began to interview My Date about his past experiences at the theater.

By then, I felt the strangers in the room had taken notice of us—of me—and some were getting restless and starting to hover at the back of the room. “Come on, let’s go upstairs,” My Date said, leading us out to a staircase.

Last stop—the arcades! 20-something Kristen was naive enough to think that places along I-70 that advertised “arcades” had pinball machines. Sex Coach Kristen knows that it means its a booth with a chair, a video screen, and a money slot.

These booths are simple wooden stalls with no doors thanks to state law. You walk around a half wall and there’s your semi-private seat. I fed the machine a dollar, and My Date rolled through the selections.

Again, there was a wide range of proclivities to choose from. As we scrolled, I heard footsteps outside our booth. A man who’d been eyeing us upstairs peaked in.

Talking to Michael again was my last stop. He said he’s 68 years old, and has been a regular since he was 18. Having worked at The Strand for the last 20 years, he said it’s just not like it used to be.

Between the male and female strippers, doors on the arcade booths, and glory holes (which may or may not have been advertised in The Pitch back in the day), this place was essentially HBO’s The Deuce in its heyday.

“Sometimes people come from out of town like Florida and they are shocked there’s no doors on the arcades,” Michael told me.

“Do you get many women in here?” I asked. With a slight chuckle, Michael replied, “No, no not really.” He said they go to Bazooka’s, a strip club owned by the same people as The Strand.

Between the Missouri State Legislature slowly chipping away at latitudes like privacy in the name of ending sex work and “saving peoples’ souls” since the ‘80s, and the lack of updates by the owner, this place was seriously outdated. It did little to arouse my lady boner on its own. It feels like the owners have given up.

I get the need to make a return on your investment, and using up capital for renovations is hard to justify when the future is uncertain.

“We won’t be around much longer. Troost redevelopment plans don’t include us,” Michael pointed out. I got the sense that he saw an impending end to an era of his life.

You can find Kristen

@OpenTheDoorsKC on Twitter or openthedoorscoaching.com. Check out her podcast Keep Them Coming.