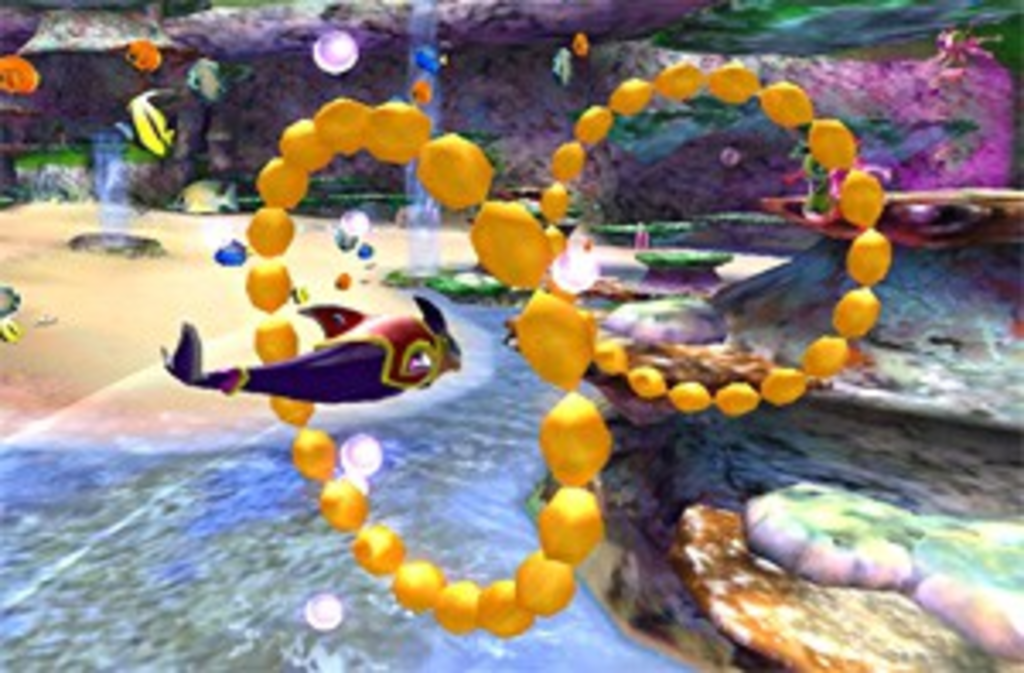 The inevitable challenge faced by Wii developers is this: Can you create a game so spectacularly awesome as to prompt a gamer to even consider ejecting Super Mario Galaxy from his console? The gravy train is over; good luck looking consumers in the eye while offering them another lame collection of ugly-but-wagglerific mini-games. Mario queered your hustle: Now we know what Wii games can do. So if you’re going to put a game on the Wii anytime soon — especially if it’s a platformer — it’d better be wired tight, or else you’re just sending it to die.

NiGHTS: Journey of Dreams is the first casualty. A clunky, ugly game, it’s probably not what fans of the 1996 original had in mind when they clamored for a sequel — yet they’re the only ones who might want to give it a rent. All others, steer clear.

NiGHTS takes place in the dreamworld known as Nightopia, a surreal landscape that the game’s child protagonists, Will and Helen, explore in their sleep. One of Nightopia’s residents is the titular NiGHTS — a Peter Pan-ish figure who teaches the kids how to fly and recruits them to defend Nightopia from the evil Nightmarens.

NiGHTS’ concept looks like fertile ground for a video game, and the Wii’s motion-sensitive controls seem ideally suited for a game that’s mostly spent flying around — but neither part delivers on its potential. For one thing, the story is told through painfully awkward cut scenes that are so long and unskippable that your Wiimote will slip into power-saving mode and shut off before they’re done. (That’s not a joke, folks; it actually happens.)

As you’d imagine, the Nightopian landscape could be a visual tour de force, and indeed there are some interesting and exotic designs on hand: a young child’s impression of a megalopolis, with buildings atop buildings, forming a virtual mountain range of concrete, for one; a witch defended by a legion of black cats that resemble demonic balls of yarn, for another. But none are well served by the substandard graphics engine. Shapes are so simple and the graphics so one-dimensionally vivid that the entire game field is often reduced to kaleidoscopic gobbledygook.

NiGHTS does, however, deserve partial credit for offering a wide variety of control options — but to be fair, one of the four options (using the Wiimote alone) is atrocious and not worth the bother. Surprisingly, the best control method of all is the Classic Controller — the simple pad most people buy and use to play old Super Nintendo games on the Wii’s Virtual Console. That’s because, despite the appearance of the game in screen shots, NiGHTS isn’t a 3-D game at all — not the flying parts, anyway. Instead, players are locked on a flat plane moving left to right in front of 3-D backgrounds, merely steering NiGHTS up and down through rings to keep the in-game clock from running out.

And that, in a nutshell, is NiGHTS: Steer yourself on a 2-D plane through checkpoints that allow you to keep playing. Look past the gaudy visuals, and you’re left with virtually nothing.