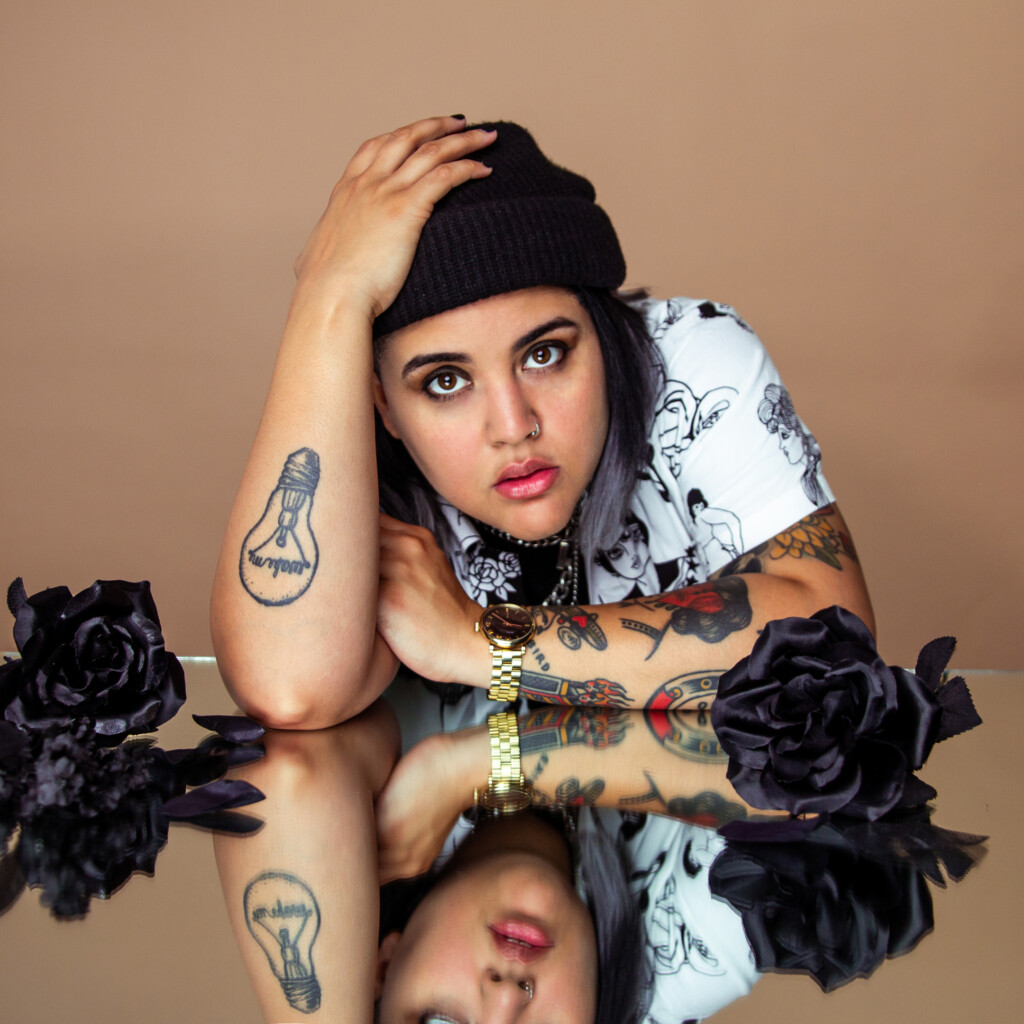 The year 2022 was a whirlwind for Taylor Hughes, better known by her stage name pure xtc. November marked the release of a new three-song EP, Shed My Skin, almost exactly a year after her first EP, Nobody’s Home. It’s apparent that with this new release Hughes has found her footing as a soloist.

Shed My Skin is a cohesive collection of songs that meet the standards of her moody electro-pop sound. “Shadow” is notable for its relatable theme of internal conflict. “Get Lost” easily brings to mind honeymoon phases and summer nights. Wrapping up with the title track, “Shed My Skin,” is an intimate soliloquy that meditates on self-betterment.

After a summer spent touring both coasts while writing and recording new music, The Pitch sat down with her to discuss her impressive year-long journey, what inspired the new tracks and what it takes to build up a song from its bare bones.

The Pitch: Tell us about your touring experience this year.

Taylor Hughes: That was wild. This summer was what I always wanted musically, but I couldn’t do it when I was in a band. It was cool being able to make my own schedule. I was like, “I want to visit this place and x, y, and z. I’m going to play a tour there and figure out how to build a fan base.

I went back to New York for the first time in a minute since leaving, and that show was just crazy. I couldn’t believe it when we got there, and they were like, “Yeah, 130 tickets sold.” We almost sold out my first headlining show in Brooklyn.

I played Baltimore, which is my actual hometown. I grew up there before moving to New York, and I played my first hometown show there. Everyone was used to me being a drummer, including my mom. It was her first time seeing me do this, so that was really special. I tried pulling her on stage in New York, and she was not about it. I still got a really cute video out of it. Somebody was filming, and she was singing along to “Shadow” with me, so that was really fun.

After that, I went to the west coast and did LA, San Diego, and Palm Springs. The Palm Springs show was The Dinah Shore. It’s the biggest lesbian music festival in the world. People fly in from all over. It’s just this big queer summer camp. I think they said 13,000 people were there this year. I won a contest to open, and Fletcher was the headliner. She seems really cool.

What inspired the songs on your new EP?

“Get Lost”—I actually wrote that one about my wife. It’s becoming a thing. I guess she’s just going to get a song on each EP. It’s just about that blissful new love feeling and how exciting it is. I wanted it to feel like you’re cruising in California, and there are palm trees, and it’s warm and all love. That’s the headspace I stayed in. It’s a very visual song for me, which is weird because I don’t usually talk about visuals much.

“Shadow” was all about my anxiety and second-guessing everything. Fighting with my shadow is me fighting with myself all the time over the simplest, dumbest things. “Shed My Skin” was all about trying to be a better person and not making excuses. A lot of people think the song is about changing and evolving to be a better person for someone else, but this is all an internal dialogue that’s happening.

How would you compare it to where you were a year ago?

I feel like I finally found my sound with this one. Compared to a year ago, it’s night and day. A lot of the lyrical content is still similar, and I think that it’s still raw and vulnerable in the same way I tried to write Nobody’s Home. But the tones and being more comfortable as a songwriter shined through a good bit, even just guitar-wise. I’m only in my second year of playing, and I’m a lot more confident with it. There’s a lot more guitar in the new record. It’s just one of those things that comes with time and confidence.

Can you tell us about the collaborative process and your time in the studio?

My studio is in my home, so that’s really cool.  I would come home from work every day and chip away at it more and more. Everything is in isolation. I just lock myself in there and write until I hate something. Usually, when I’m starting to hate it is when I know I need to stop, re-calibrate and come back to it another day.

Every song has started on an acoustic guitar, and that’s something I really like about pure xtc. Everything is electronic that you hear, but if you want me to play an acoustic show, I can absolutely strip it down. Every song can be played acoustically, and that’s something I really like to live by as far as songwriting goes. People should be able to understand that the song is just played that way, and it won’t be missing anything.

How do you build the songs up from acoustic to electronic?

Ooh, that’s my favorite part. After I figure out a chord progression, I’ll go into the studio and start finding synth tones. I’ll just pull up the chord progression and play it on a loop, then sit there and go through synth tones until I find, “Oh, this is what this song should sound like. This is the mood.”

It’s usually the structural part that I build out first. I’ll have my chords going, I found my tone, and now it’s time to start building out drums. Then I’ll get it beefy enough that I can sing over it confidently. It has to have some kind of vibe for me to go in and sing with conviction because I’m still a new singer. I need that to be able to get in the zone. So that’s how all the songs start, then I’ll send all of that over to Walter, who is the executive producer of everything I do. He’ll put more synth in, add his spin, and then tie it all together to make it sound pretty.

Sometimes I have a vision, and I know exactly what it’s going to sound like, but I think it’s more annoying that way. It’s a lot harder to pull out of your brain. I’ll be married to something, and I haven’t even figured out what it is. I try to go into it open-mindedly and say, ‘This is about what’s best for the song”—not that the drums are really cool on this, and it’s all I care about.

It sounds dumb to say it, but sometimes I’ll just get so zoned in on beat mapping that I forget that I need dynamics and everything else that’s important for a song to move and build. I have to restrain myself from doing that sometimes. I think I’ve gotten better at that. I don’t think people listening to pure xtc would go, “Oh, that’s just a drummer doing something.” I’ve tamed it back. 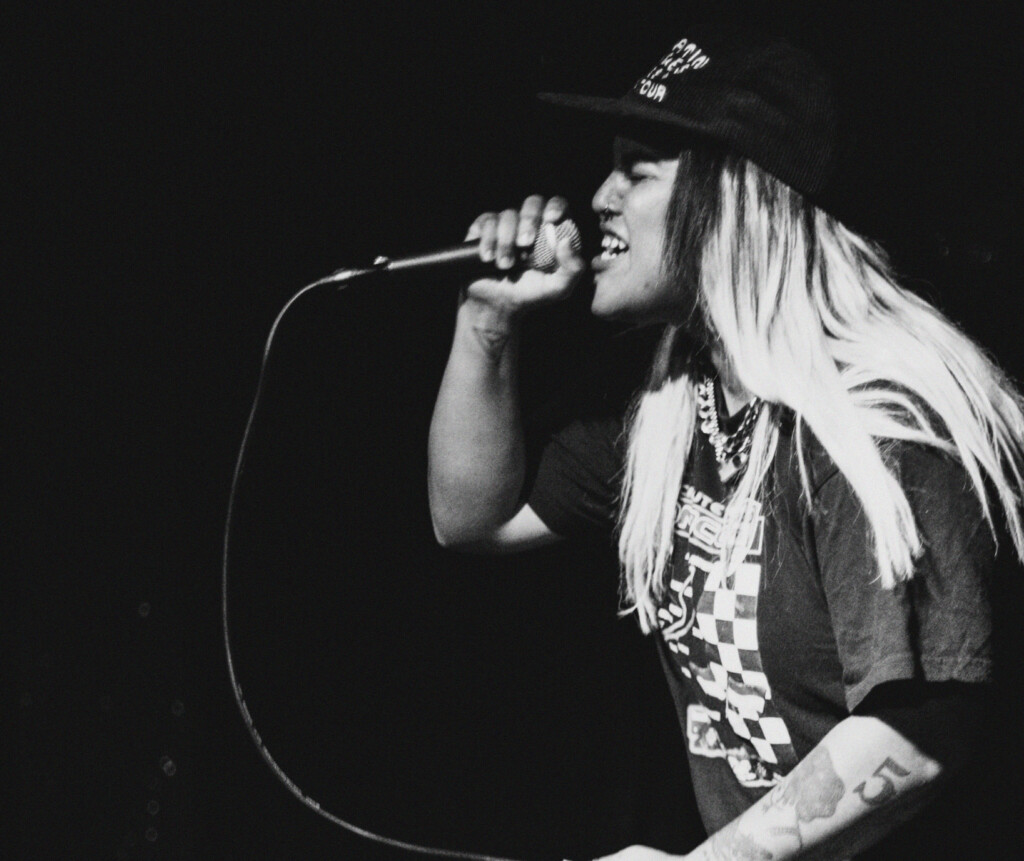 To what do you attribute your rise this year?

I don’t know, it’s kind of that long-time coming thing. I feel like I’m making up for a lot of lost time. I wouldn’t trade my 10+ years as a drummer touring and being in different bands, but I wish I would have figured out sooner that I could do more than that. I think now that I can schedule everything on my own time and I can choose everything, it’s not based on other people’s schedules and lifestyles, that has allowed me to be able to grow it at a pace that I’m happy with. I could have been doing this forever ago, but I don’t know if it would have been the same.

What are you looking forward to in the new year?

I like this question. There will be a “Shed My Skin” music video that I’m excited about. I’m going to be doing a lot more Midwest shows. I’m still going to be hitting the coast because I have a show in New York in March that I’m excited about playing at Arlene’s Grocery. I’m looking forward to that. In May, I’ll be doing some running around; I’m doing Denver, Austin, and playing on TV. That’s my first TV appearance, playing on Fox News in the morning while I’m in Denver. I’ll be playing acoustically, so everyone will be able to see how the song actually started.

I’m looking forward to doing a lot more touring. I’ll be hitting Seattle in September, and I’m going to try to repeat last year but with different music in different places. I want to keep that momentum going. I’m just thinking about where I want to go this year, and I’ve settled on doing a bunch of Midwest shows because we’re so centralized; it’s dumb not to be playing all these cities I drive to.

Listen to pure xtc’s Shed My Skin EP on Spotify or Apple Music. Find out more about new releases and tour dates at purextcmusic.com