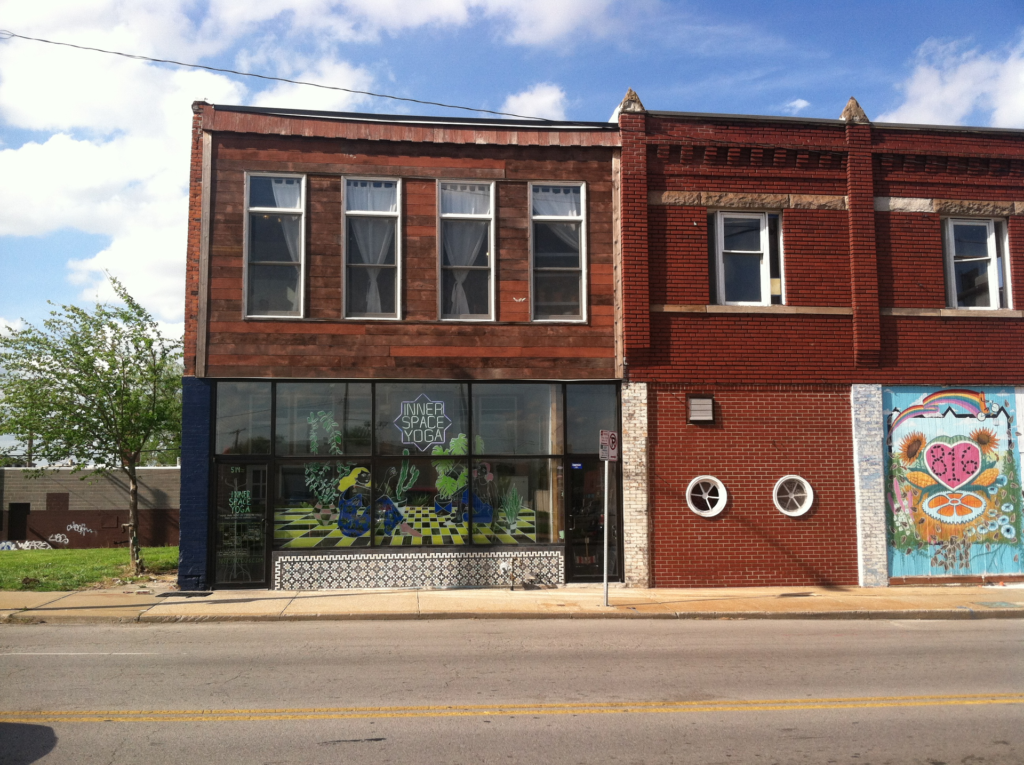 I walked into the LGBT self-defense class at Inner Space Yoga and I knew right away: I’d worn the wrong shoes. The boots had smooth wooden soles, bad for gripping the studio’s polished floor. I was about to slip and slide my way through the next hour.

I left my bag in a cubby up front and stepped into the room as 15 or so other people trickled in. A tranquil shrine had been built in the one small window of the studio. “It’s very calming,” said Yao Li, the kung fu teacher and one of the evening’s instructors. “Very om. Peaceful. But not today!” He threw a punch into the air and mimed a little bit of ass-kicking. In a space meant to promote meditative states of mind, we had assembled to learn how to mess someone up. More precisely, we wanted to know how to mess someone up before that someone could mess us up.

Yao Li met his wife, Dorri, in their early stages of kung fu practice. Together the pair founded the Boston Kung Fu Tai Chi Institute and have been practicing self-defense for more than two decades.

“We’re going to start with a series of joint lubrications,” Dorri Li said, facing us. We clasped our hands together and swiveled our wrists around, loosening the sockets. We rotated our elbows, shoulders, necks, knees, ankles and hips, the whole class creakily gyrating together as we prepared for battle. I heard myself emit groans and pops, and doubt welled up inside me. Was I up to this physically? Could I keep a straight face?

Dorri instructed us to plant our feet out to our sides and bend our knees as though astride a horse. “We’ll start with Tiger Claw,” she said. “Everyone bring your fists to your hips. Strike with your palm, like this.” She demonstrated, curling her fingers in and directing the heel of her hand out, ready to make contact against an attacker. The goal was to bash the nose hard enough to break it — maybe worse. “When you strike with one hand, keep your other hand at the hip.” Dorri locked her clenched fist to one hip and launched her other hand into a perfect Tiger Claw. I mimicked her, but each time I struck the air, the smooth bottoms of my shoes slid farther apart. In these shoes, on this floor, I was a tiger more likely to end up in an unwilling split than to land a bone-to-brain kill shot. If I were going to win a fight for my life, I’d need to improve my balance.

I trained in tae kwon do for years before moving to Kansas City, leaving martial arts with 10 belts — one away from black. From a young age, I had certain techniques drilled into my head over and over, from breaking a grip to throwing a punch, until each motion informed my body’s every movement. The art of self-defense emphasizes grace, power and a Zen-like concentration on form — all things that are likely to vanish during the violent surprise of an assault. This is the real goal of self-defense: to practice enough that thought doesn’t interrupt instinct if the time comes. I was out of practice, but I was feeling signs of muscle memory.

We moved on to the elbow strike, which requires a pivot at the same time one elbow is shot into the attacker’s jaw. Elbows, palms, heels and knees are the body’s “hard spots” — the most useful tools in hand-to-hand self-defense when you aim them at an opponent’s softest flesh. Heels find toes, elbows find temples, and knees find tender groins; this is how you inflict maximum damage. As we thrusted our elbows from one side to the other, Yao Li walked the room and offered feedback to each of us on our form and our stance. More important, though, was our intent — the willingness to hurt a body that means to hurt yours. “You need more intent,” he coached. “Intent is what will matter.” The other half of that thought was left unspoken but was lost on none of us: It could save your life.

Earlier this year, a Seattle woman training for a marathon stopped to use a public restroom in a park. She was attacked and beaten by a sex offender who had been hiding in one of the stalls. The woman, Kelly Herron, fought back. Three weeks before the encounter, she had taken a self-defense class, and a burst of adrenaline brought back her recent training. She credited it with saving her from a worse fate.

One in five American women is sexually assaulted sometime in her life, and rape and sexual assault are the two most underreported crimes in America, thanks to a humiliating examination process and a victim-blaming culture. That startling statistic is even worse in the transgender community, especially among youth and persons of color. The dawn of the Donald Trump administration promised even less security — even as it began to bring people together in unexpected ways.

This is what led Mac Adkins to develop the class at Inner Space. Adkins, whose Electrosexual dance parties and queer zine, For Your Eyes Only, have earned him a following, has turned his attention to safety and inclusion in KC’s LGBTQ community. He models his work here on efforts in other cities where progressive resources are being established for LGBTQ youth and gender-nonconforming persons.

“After election night, there was this sudden surge all over the country in progressive community building,” Adkins told me. “I saw other cities start teaching LGBT self-defense classes, and I had been taking kung fu classes with Master Yao for several months at Inner Space, so this class seemed like a logical progression.”

Those who identify as LGBT have unique concerns about safety today, Adkins says. “Even after we accept our identity and come out, it’s still hard for many of us, myself included, to feel at ease, even when life is going smoothly. Learning self-defense not only empowers you physically but mentally as well.” 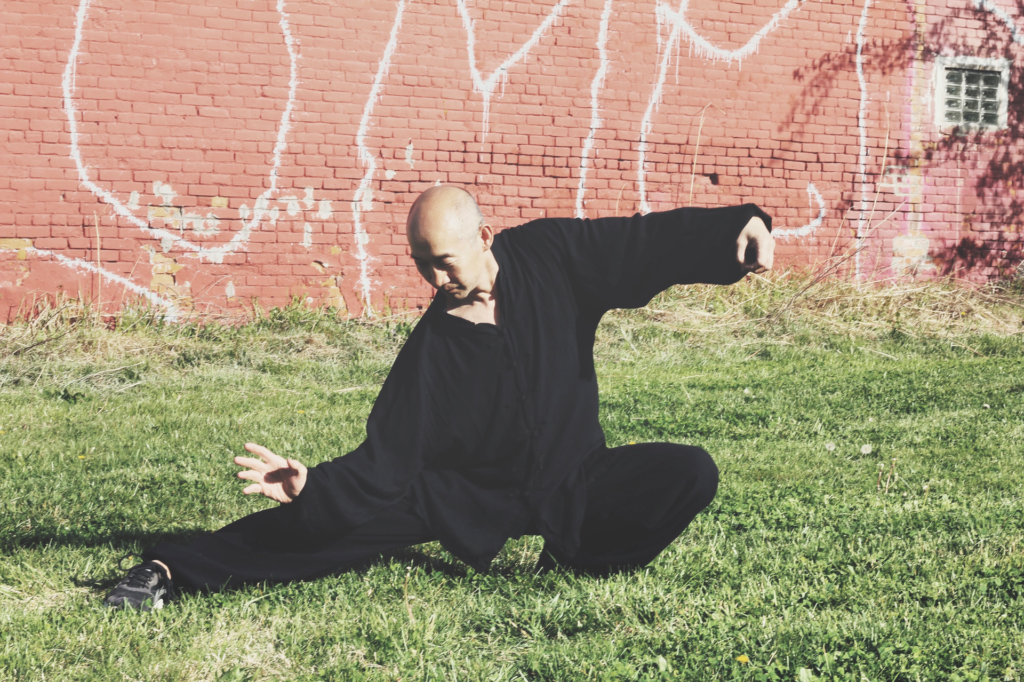 I confronted another mental hurdle as the class went on. Striking an opponent is one thing, but escaping a grip on your throat — and then causing your attacker to submit once you’re free — is an implausible outcome for sensitive folks like me. But Steve Krischel, the third instructor of the class, was about to remind me how it can be done.

“I’ll tell you a little about myself,” he said. “I was in an accident that left me physically transformed when I fell two stories and lost my left hand.” He held up the hand, which clearly worked, and showed us the pale scars on the underside of his wrist. Krischel served as a detention and probation officer for years before becoming a professional sports-massage therapist, and he has retained his skills. The wrist lock is a difficult move to perfect, but it ends like this: your attacker begging for mercy as your one-handed grip renders him powerless. The maneuver involves breaking a chokehold and then twisting one of the attacker’s palms to face him. You bend his wrist and apply enough pressure to bring the assailant to his knees. It looked easy, of course, when Krischel demonstrated on Yao and a few students; each quickly fell to the floor. But as we paired up against each other to try the move for ourselves — I partnered with Laura Frank, who owns Inner Space — the need for lots of practice became clear.

Still, my spirits rose as the class went on, and more practice started to sound good. Some of that was doubtless endorphins from so much physical activity, but there was something else, too. I felt proud. I was remembering something I knew how to do. I was taking my safety into my own two, almost deadly, hands.