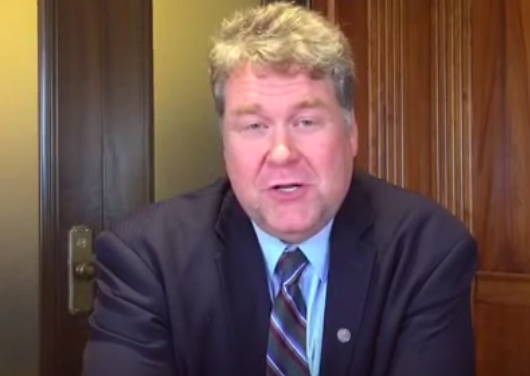 “I’ve made this decision with a sense of pride and nostalgia,” Schulte said in a statement. “Serving as KCMO’s City Manager for the last decade has been the greatest and most rewarding professional achievement of my life and I am so proud of all we have accomplished, working on behalf of the citizens of Kansas City.”

Schulte has served as the city’s top administrative official for the last ten years, under former mayors Mark Funkhouser and Sly James. His contract was set to expire February 29, 2020. He did not name a reason behind his choice to retire when his contract ends, but he did tell the Star back in April, “If I can serve a role for whoever is elected mayor, I’m happy to consider it. I will say this: Whoever the mayor is has got to have a city manager that they can work with.”

That was back when the bid for mayor was between Jolie Justus and Quinton Lucas. On the campaign trail, Justus—who was James’s pick for the job—had called Schulte a “strong” city manager. But Lucas, now the city’s current mayor, pointed toward how he had disagreed on several points with James, and by default “with what the city manager has been directed to do.”

It now falls to Lucas and the current council, several members of which are new, to find a replacement for Schulte. Schulte says he intends to work with whoever his successor is to “ensure a seamless transition.”

Lucas says he will announce his plans for the transition between city managers soon.

“I spoke with City Manager Troy Schulte earlier today and learned of his intention to retire at the end of his contract,” Lucas wrote in a Facebook statement. “Troy has worked for Kansas City since 1998. I thank him, his wife Laurie, and his family for their commitment to and passion for our community.”