On September 23, the Kansas City Art Institute Gallery: Center for Contemporary Practice launched its inaugural exhibition on KCAI’s campus after relocating from the Crossroads district, which was started in 2016.

Each artist that represents one of three parts brings a different element to the exhibit. 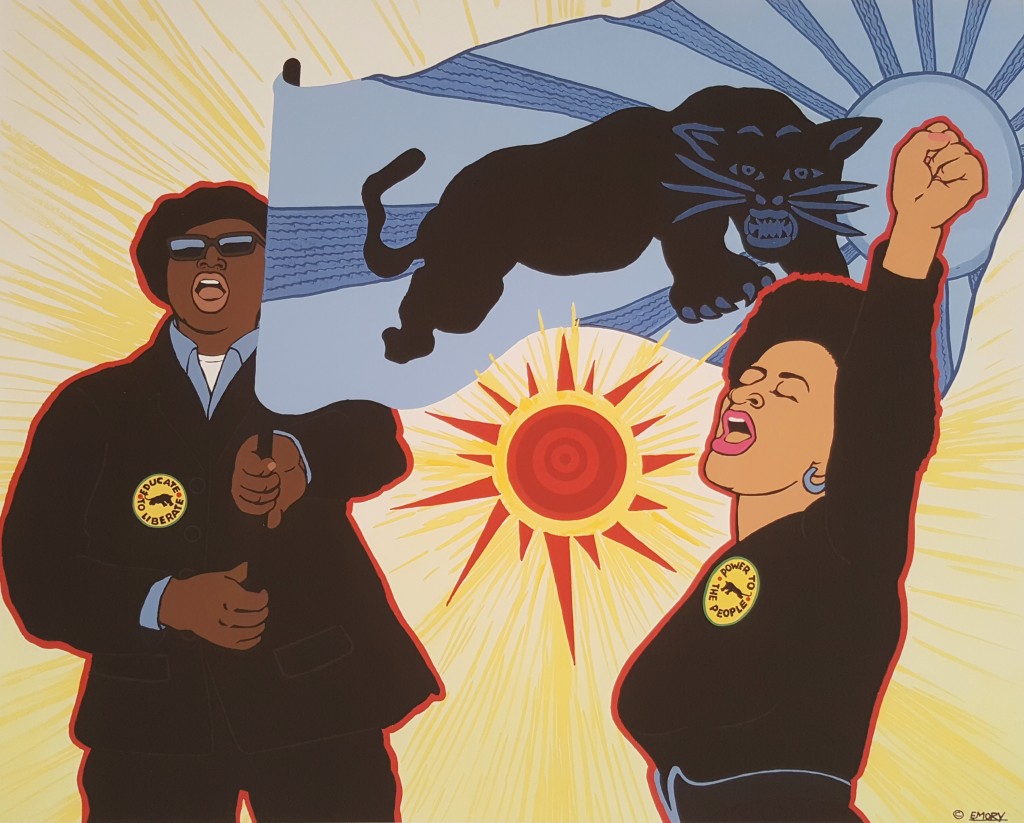 Known for creating the iconic images and graphics behind the Black Panther Party, Emory Douglas’ visual art came to symbolize the struggles of the movement. His work features strong graphic images of young African American men, women, and children, and he is remembered today as the Revolutionary Artist and Minister of Culture for the Black Panther Party from 1967 until the 1980s. His art was used in the Black Panther community newspaper’s popularity to call people to action, “portraying the poor with empathy, being unapologetic and ready to struggle for basic human rights,” says Douglas’ biography on KCAI’s website. He continues to create art inspired by social and political movements.

Works by Emory Douglas will be on view from September  23–December 5.

The group that is now the African American Artists Collective first met at Gates BBQ in Kansas City, Missouri in 2014. The mission found on their website: “to support African American and Black artists in Kansas City, regionally and nationally.” AAAC members seek to advance professional development for African American and Black artists, as well as build networks and mentoring programs. The collective is working toward generating exhibitions and performances, developing an endowment, and securing digital resources. They encourage membership across all artistic abilities.

Works by AAAC members will be on view from September 23–October 24.

Select KCAI students from the Graphic Design, Printmaking, and Illustration departments will be selected to work directly with Emory, who will serve as a virtual artist in residence this semester and conduct a special poster workshop. The collaborative outcomes of this workshop will then be exhibited in the gallery next to Douglas’ works.

Works by KCAI Students will be on view from October 30–December 5.

Admission to the KCAI Gallery is free to the public, with timed-entry tickets. Hours are Wednesday through Saturday, 12 p.m.–5 p.m.