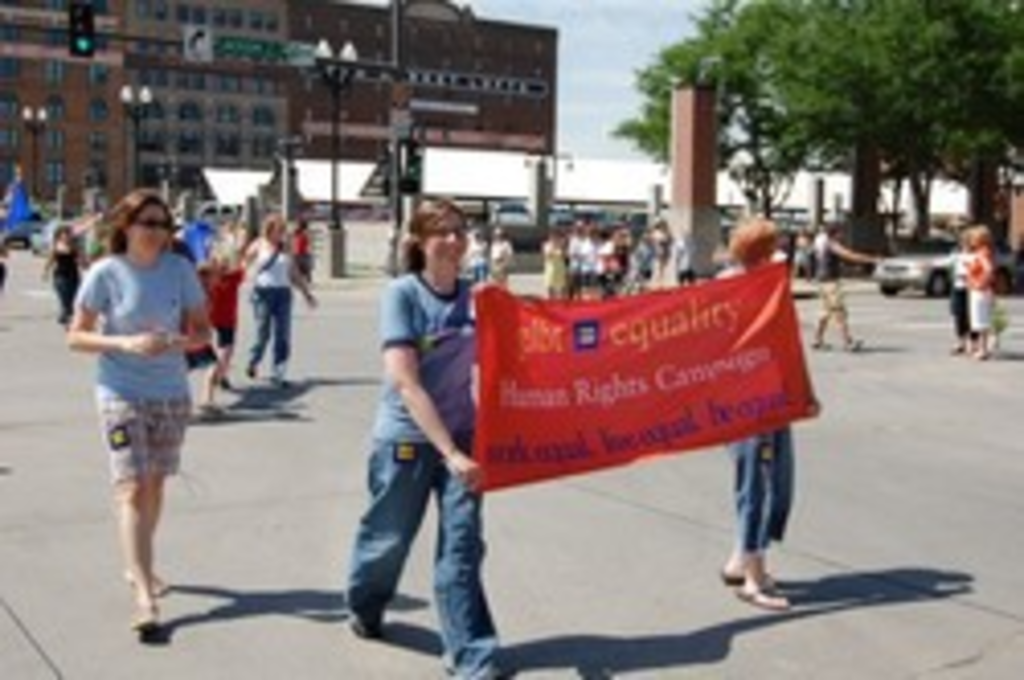 From a distance, the elderly gentleman with two hearing aids and a rainbow-covered wagon looked like another festive participant in Omaha’s Gay Pride parade. That’s what Kendra Konrady thought, at least.

On June 20, the Kansas City resident traveled to Nebraska as a volunteer with the Human Rights Campaign, a national advocacy organization that pushes gay and lesbian equality issues. She was walking along the Gay Pride Parade route, handing out stickers with HRC’s emblematic equal sign, when she got close enough to read the words on the man’s mini-float: “For the wages of sin is death, but the gift of God is eternal life through Jesus Christ Our Lord.”

A few seconds later, she was in a headlock.