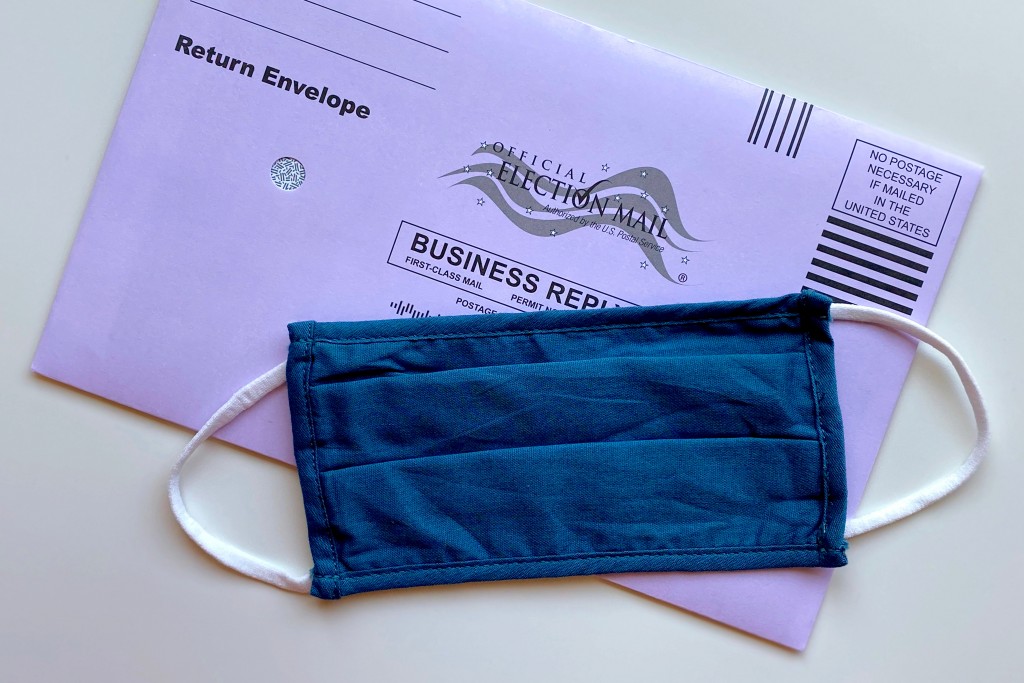 Coronavirus mask and voting by mail. // Photo by Tiffany Tertipes on Unsplash

We’ve been asking members of the KC community to submit stories about life under quarantine, protests, politics, and other subjects that require discussion. If you’ve got a story you’d like to share, please send it to brock@thepitchkc.com for consideration. Today, Casey Martin (the former chairman of the Kansas City Board of Election Commissioners) shares his thoughts on patriotism and the upcoming election.

“A person who vigorously supports their country and is prepared to defend it against enemies or detractors.” (2019). In the Oxford Dictionary.

We are hearing a lot about patriots and patriotism as we approach the 2020 election. But, what does it really mean to be a true patriot? Is it the blind support of a charismatic leader? Is it taking up arms in “counter-protest”? Is it waving the flag or wearing one on your t-shirt? Or, might it require a more critical approach to evaluating, over the long-term, what sort of country we have been, are today, and wish to become?

As the above-quoted definitions demonstrate, the word patriot is devoid of meaning without the concept of country. Without an understanding of what the United States of America is, one will have a tough time being a true patriot. While we live in a time of “alternative facts” and “fake news,” there are certain truths that remain self-evident. All human beings are created equal.

In Missouri, outdated election laws do not permit no-excuse early voting. The absentee voting process is arcane and cumbersome. And, the “mail-in” option signed by Governor Parson is not a real fix for the real problems facing election authorities as a result of the COVID-19 pandemic. Election authorities like the Kansas City Board of Election Commissioners will be faced with an exponential increase in absentee ballots, but election day will also likely be as busy as any other Presidential election. This is a good “problem” to have, it means people are voting either absentee or in person. But, it also means election authorities need help in the way of funding, moral support, and actual boots on the ground.

Historically, the Missouri Democratic Party has engaged in voter protection efforts designed to ensure Missouri voters have as much access as possible to free and fair elections. They send mostly young lawyers out to polls to monitor things, and staff a conference room with more lawyers ready to act at a moment’s notice. Republicans will also have that opportunity this year, thanks to the expiration of a consent decree that banned Republican poll watchers.

But, in 2020 the real threat to our elections is not some conspiracy hatched by Russia, QAnon, or (take your pick of the seemingly endless supply of ridiculousness out there). The real threat is an airborne virus that attacks and kills our most at-risk citizens.

So, instead of taking young lawyers away from their billable hours to stand by and watch the election unfold, the Missouri Democrats and Missouri Republicans should encourage those young lawyers to volunteer as poll workers taking the place of the mostly-elderly election workers who are less likely to enlist this year. It’s the patriotic thing to do.

After all, real patriotism is earned. It is not something claimed by using symbols in campaign ads, Instagram accounts, Facebook posts or yard signs. A patriot card is not issued with the purchase of every AR-15 assault rifle. Patriotism is a demonstrated and enduring commitment to the self-evident truths at the foundation of the American Experiment. As we now understand, perhaps better than ever, the American Republic truly is an experiment. The norms of behavior, decorum, public discourse, peaceful protest, and the responses thereto, have seemingly been thrown out the window like roadside trash.

But, we the governed need not give our consent to the further degradation of our laboratory of democracy. We can show up. We can support true patriots. And, we can walk the road to a more perfect union picking up the discarded litter along the way.

Try not to despair. Tamp down the anxiety, and act.

Talk to your friends and family about the issues facing your community, and encourage them to vote. If you are unable to vote by mail or are uncomfortable doing so, make a plan and execute. If you are young and healthy, apply for a job as a poll worker. And, most importantly, be a true patriot by living up to the highest ideals of this country. It may be tough to imagine, but our predecessors in citizenry overcame more difficult challenges than we face today.

Things are bad, to say the least, but a bet against the American People has always been a loser. Let’s hold onto our winning record in 2020 and beyond by coming together to lend a hand to our election authorities, and supporting true patriots up and down the ballot.