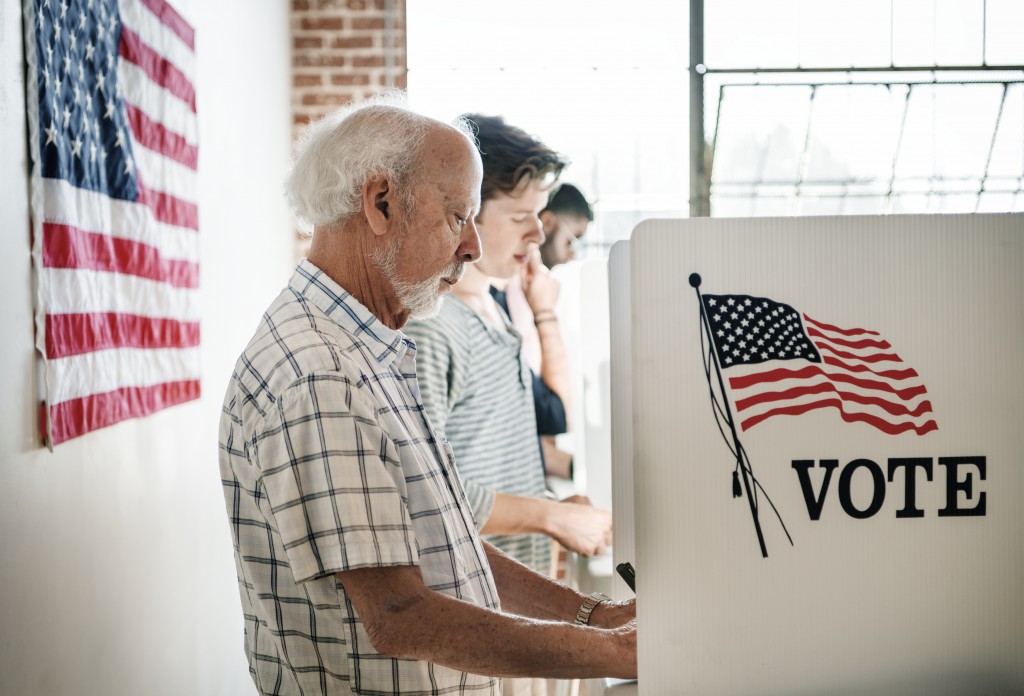 American at a polling booth

We’ve been asking members of the KC community to submit stories about life under quarantine, protests, politics, and other subjects that provide important opinions. If you’ve got a story you’d like to share, please send it to brock@thepitchkc.com for consideration. Today, State Representative Peter Merideth (D) responds to attacks on Amendment 2 ahead of tomorrow’s election.

When it comes to Medicaid expansion, what should we believe: data from other states and the endorsement of countless bipartisan organizations? Or Missouri GOP leaders and the billionaires that support them?

I am angry, and I am tired of MO GOP leaders telling blatant, outright lies about Medicaid expansion.

First, Treasurer Scott Fitzpatrick has been flying around the state in his private jet claiming that “people will stop working” if we make sure they have access to healthcare. He says this despite the facts. Medicaid Expansion actually helps get people back to work by removing the current barriers that force them to remain in abject poverty in order to remain eligible for Medicaid – not to mention allowing people access to the care they need to be able to re-enter the workforce after illness or disability. That’s why studies have shown no reduction in workers working as a result of Medicaid Expansion.

Keep in mind, under our current laws, a family of three has to make less than $381 a month to qualify for Medicaid, meaning they can’t work more than 11hrs a week at minimum wage if they want to keep their health care. Even with expansion, they will still qualify for Medicaid if they make less than $1,500 a month. If they get a raise or work beyond that, the ACA will step in to provide subsidies for insurance on the marketplace. Right now, anyone making $382 – $1500 a month is instead simply left in a gap forced to either not work or have no healthcare. Expansion encourages low wage folks to work more.

Next, the current GOP budget chair, Cody Smith, posts an op-ed threatening MO teachers that they will face further budget cuts if we pass expansion. He claimed it would “just be illogical to think we could save money by more people having healthcare.”

I am certain that Rep. Smith knows this is untrue because we both sat in the chamber for the multiple budget hearings where expert after expert gave data on how every state that has expanded has seen cost savings in their budgets and increased new revenue from the economic benefits and new jobs.

They presented data that showed that the transition to federal dollars would pay 90% of the costs of many patients instead of the current 60% they pay. They also presented information about how none of the 38 states that have participated in Medicaid expansion—using tax dollars Missourians are paying, but not receiving—has sought to undo it. Most importantly, he saw the data showing the cost estimates indicating that Missouri’s budget will actually have more money to pay for education and infrastructure if we expand.

This isn’t rocket science. The numbers are clear and straightforward, and these guys are not idiots. They are just straight-up lying.

Check out the unbelievable list of organizations endorsing Medicaid expansion. Talk about bipartisan: Jobs with Justice, the AFL-CIO, and the Missouri Chamber of Commerce are all endorsing. Both Planned Parenthood and the Missouri Catholic Conference are endorsing. The entire medical profession and research community are endorsing.  The only opposition seems to be a couple of billionaire GOP donors and most of our GOP politicians. Who do you think we should believe?

Why would these GOP politicians choose to lie about this?

Well, a couple of reasons. First, it’s a last-ditch effort to try to fool Missourians into voting no because our GOP leaders oppose any government legislation that helps folks have healthcare. They oppose Medicaid existing in the first place. They believe poor Missourians need to “earn” access to healthcare. Meanwhile, they’ve opposed minimum wage increases and expect people to earn poverty wages for 80-hour work weeks, rendering them unable to afford rent, food, and healthcare. They’ve opposed labor unions that help negotiate for health care coverage. They’ve opposed all the things that might help hard-working Missourians actually get health care without government help.

It gets even nastier.

The governor just this month announced new massive cuts to education. The GOP has already slashed the foundation formula so they could fund schools less while claiming to “fully fund the formula.” These same guys keep trying to end public education in favor of privatized voucher systems that generally exacerbate disparities. And they’ve cut higher ed every year since they’ve been in power.

Meanwhile, repeated GOP-passed tax cuts for wealthy Missourians and corporations over the past decade have eroded our state budget. Democrats have repeatedly warned that the next recession would leave us in even worse shape. That recession is now here, and Missourians are hurting. So the GOP has decided to blame their newfound budget woes on pending Medicaid Expansion, which they know voters want to pass. They want to keep cutting essential services and rewarding the billionaires and corporations that fund their campaigns.

The MO GOP continues to use the same tired strategy: pit working folks against each other as the reason for their financial struggles. Tell working whites to blame working blacks or immigrants or union leaders instead of the rich corporations fleecing them every day. Tell educators to blame the healthcare industry for their budget woes and tell hospitals and patients to blame schools for eating up the budget. Cut education funding and pit traditional public schools and charter schools against each other to fight over the scraps. All while more tax cuts and subsidies get doled out to out of state corporations and billionaires.

Medicaid Expansion is likely the single most important policy change to happen in Missouri in the last decade. I refuse to tolerate this. Enough is enough. Let’s call them what they are: liars.

Let’s get this thing passed on Tuesday, and vote the liars out in November.