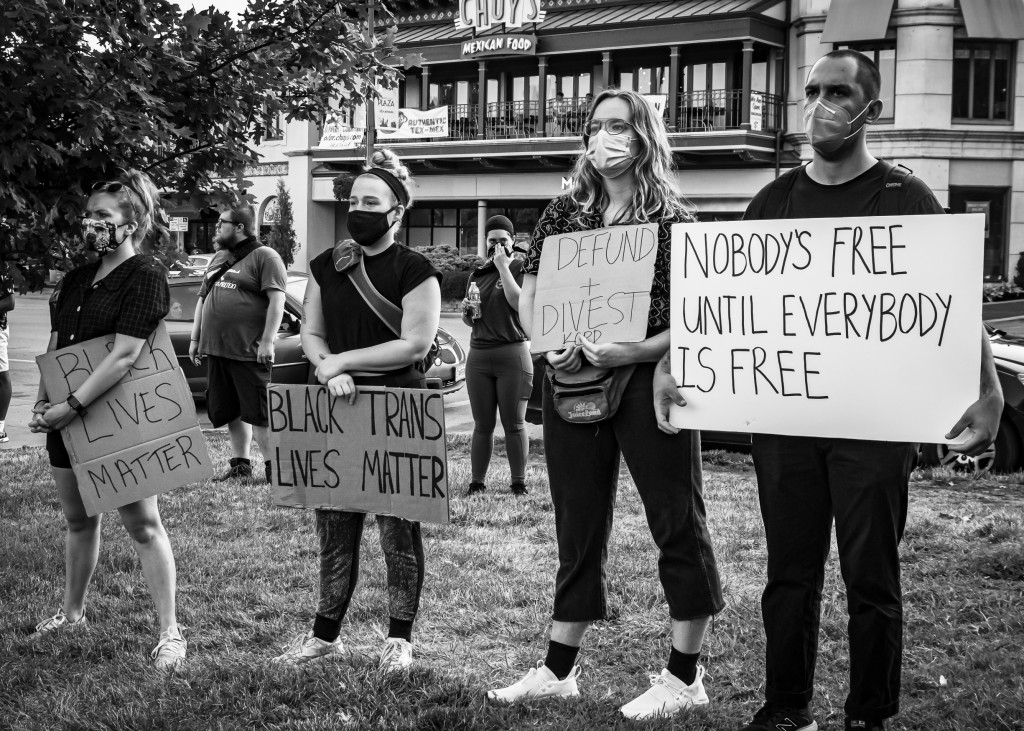 We’ve been asking members of the KC community to submit stories about life under house arrest. If you’ve got a story you’d like to share, please send it to brock@thepitchkc.com for consideration. Today, Samba Gnokane discusses BLM through the lens of a local Black student’s experiences.

Going into his second year of college in Kansas City, Micheal thought that he had his future in good hands. Driven by a desire to change things for African Americans, Micheal wanted to become a political exponent capable of helping black people. It would have been a starting point for his future.

But when the police launched tear gas at the citizens protesting at the Country Club Plaza in Kansas City, Michael understood that things would hardly change.

On Monday, May 25 at 9.15 pm, George Floyd had been arrested in Minneapolis by the police, handcuffed and immobilized. The scene, shot in a video by a 17-year-old girl who posted it on Facebook, caused the outrage of the community, the opening of an FBI investigation, the dismissal of the four agents involved, Derek Chauvin,  J. Alexander Kueng, Thomas Lane, Tou Thao, and the arrest of one of them, 44-year-old Chauvin, who for eight minutes and forty-six seconds blocked him on the ground with his knee—killing him while he was in custody.

Young people like Michael are gathering and protesting against these injustices. Police violence and corrupt government have turned these young people into activists who will end the “white privilege” and police brutality that Black Americans have experienced throughout all the years.

“We are the generation that will change this world, together we will make it,” the 21 -year old student said.

According to Kansas City Police Department, officers arrested 83 people on June 1st, for a total of 150 total arrests from Friday to Sunday. Many of those arrested were Black people, who were protesting non-violently, trying to make a dialogue with the police officers. They all got tear-gassed and beaten.

“Being black at the protest is really dangerous, that’s why white people like me, stand in the front to cover,” said Mia, a young protester who’s attending her freshman year at Metropolitan Community College.

The march continues. Michael and his friends keep protesting. They scream desperately, with tears in their eyes, because they are tired. Tired, because of the daily racism that Black people experience.

“No justice, no peace”, said Micheal.