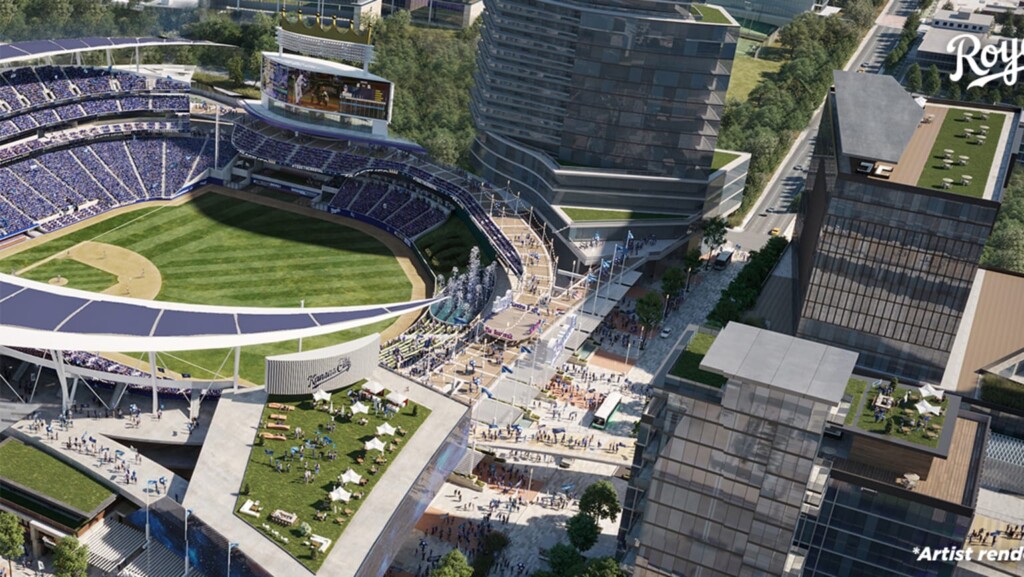 We’ve been asking members of the KC community to submit stories about their thoughts and experiences in all walks of life. If you’ve got a story you’d like to share with our readers, please send it to brock@thepitchkc.com for consideration.

Local lawyer John A. Christiansen weighs in on his concerns about the proposed downtown Royals relocation.

A forum was held December 13, 2022, regarding the Royals’ desire to relocate to the downtown area. A fundamental issue is who pays the bills and how much, private or public sector. Most central of all is whether it is necessary. Mr. Sherman tells us that private capital would fund most of the quest to move downtown. The word “bulk” does not mean a majority of the cost.

Sherman went on to say that they “would expect that private capital would take care of a major part of the ballpark.” The word “major” does not mean the majority of the funds, and a “ballpark” is only part of the cost; it does not include numerous other aspects, such as parking, security, and infrastructure, that inevitably would be necessary.

If the Royals are serious and honest about a downtown stadium, they must, at the very least, promise and ultimately be unequivocally contractually obligated to pay for the majority (if not all) of any and all costs of such a mammoth undertaking.

Sherman also communicated that a new stadium with modern amenities would be crucial to keeping the team successful over the next 50 years. What “modern amenities” are lacking at Kauffman Stadium currently? We are not told. Will so-called modern amenities raise the batting averages and win-loss percentage of the floundering Royals? Of course, it will not.

The Boston Red Sox play at the iconic Fenway Park, which opened before World War I. Boston has won four World Series in the 21st century. You can see they didn’t need these modern (and seemingly unidentified) amenities.

A community benefits agreement was discussed at the session as well. The Royals say they are committed to such an agreement. These can deal with the creation of such things as affordable housing. That’s nice but has nothing to do with baseball or the alleged need for a move downtown. If Sherman and the co-owners are so interested in that, they could easily establish a charitable institution for such a purpose with their own money. I was in San Francisco a  few years ago and went to a game at the Giant’s downtown Oracle Park, an area where I didn’t see any affordable housing.

We should be talking about affordability as it relates to the cost incurred by an average family to attend a game.

The organization KC Tenants, which brought some of its people to the session, made a very good point when they stated that the proposed stadium would cause a new wave of gentrification. How true that is, and it’s exactly what the Royals desire as gentrification increases profit.

KC Tenants also stated that a “flashy downtown stadium” is unnecessary. Right again, as we already have a “flashy” stadium in Kauffman. How many times and how many people over the last half-century have complimented and enjoyed the beauty of Kauffman Stadium? Too many Royals fans to estimate have done so.

Another issue is the displacement of residents and businesses, which the Royals say they are committed to avoiding. But given the amount of acreage necessary for a stadium and all that goes with it, there would be significant displacement, and that also costs money. The Royals tell us that the “Truman Sports Complex is not a viable option for us long-term.” If that’s true, why were many millions of tax-payer dollars used to make upgrades as recently as 2006?

If this scheme goes through and the Royals abandon Kauffman Stadium, then Kansas City really is a Cowtown.