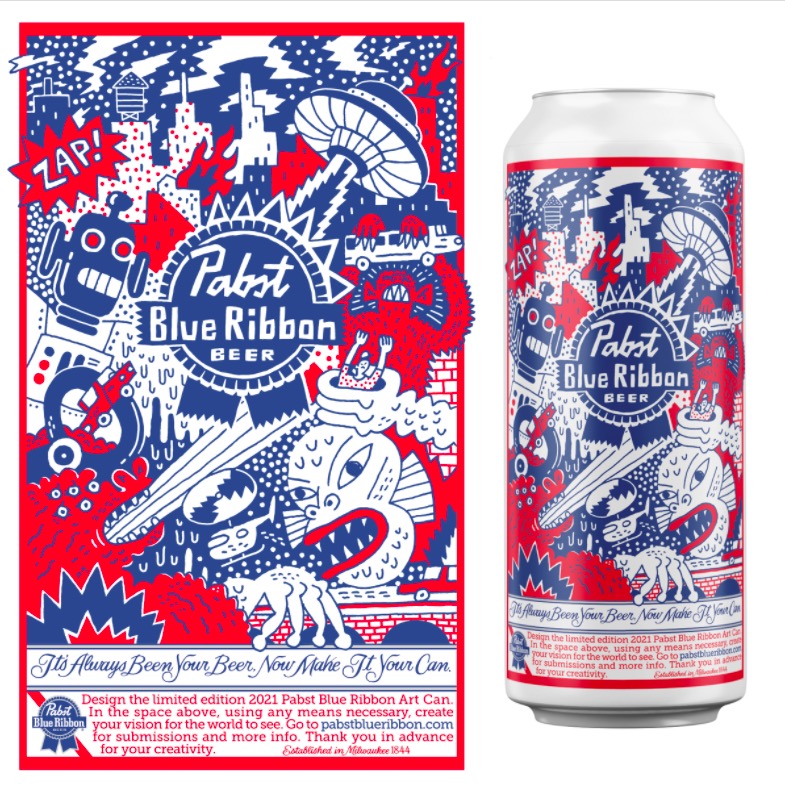 Pabst Blue Ribbon officially announced the top 25 finalists for its Annual Art Can Contest. The contest launched in 2012 and has since given $100,000 to artists and designers through the contest and featured original artwork on 350 million cans. Winners of the annual contest are awarded $10,000, an interview with Juxtapoz, and featured artwork on over 30 million PBR cans. Second and third place will receive a respective $3,500 and $1,000.

There were 4,200 entrants in this year’s program, and the top 25 artists are representative of 13 states and 18 cities. Kansas City has all the more reason to support PBR’s contest this year, as one of our very own artists is a finalist.

Frank Norton, an illustrator and graphic designer who specializes in branding and packaging, is featured in the top 25. His design, “Creature Feature,” showcases robots, UFOs, monsters, and other chaotic scenes that combine to form an eye-catching and appealing design.

Other designs feature such things as a man happily drinking PBR after stressing about fancy drinks (“Do You Have, Just, Like… Beer?”), a peace sign walking through a PBR utopia (“A Pab-tastic Day”), and personified beer cans (“The Perfect Sip”). 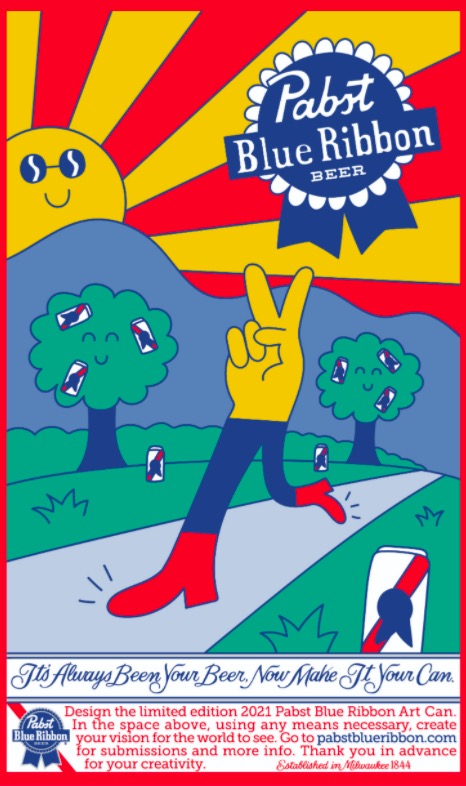 Everyone can vote on their top five favorite designs via PBR’s contest link. The finalists and winner will be announced Feb. 26.