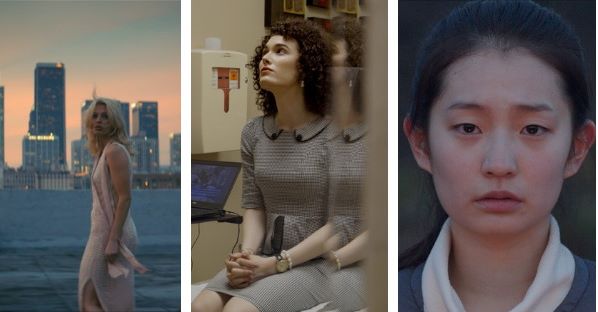 The subjects of three films being shown at the festival. // Photo courtesy of the KC Underground Film Festival Facebook

The KC Underground Film Festival, formerly scheduled for mid-March of 2020, will be returning to the Crossroads this October, from the 15th to the 31st. The inaugural festival will be held outside at the Film Row Art Screen, and admission to all events is free.

Attendees of the fest are asked to bring their own chairs, and masks will be required. To enforce social distancing, film-viewers must sit their chairs in specific pre-designated sections. Tickets can be reserved ahead of time online. Each day of the festival, films are set in blocks, beginning at either 6 p.m. or 8:30 p.m. Tickets reserved for each time slot allow the attendee to view all the films in the block.

The mission of the K.C.U.F.F, started by KC cinephiles Willy Evans and Kari Bingham-Gutierrez, is to bring unseen or underappreciated films to Kansas City from across the globe. Nearly 30 hours of programming will be shown- 77 films (of all lengths) in total. Filmmakers from 40 different countries submitted their films for consideration. The fest will include documentaries, feature films, short films, and animated films.

The festival will include horror films about girl skateboarders, Kansas teenagers running for governor, the working-class actors of Los Angeles, and elderly people robbing banks. If even one of these sounds interesting, consider reserving tickets for the festival. While tickets are free, donations are encouraged to keep the Kansas City film scene alive. Ticket purchases and donations can be made here: https://kcuff.eventive.org/schedule