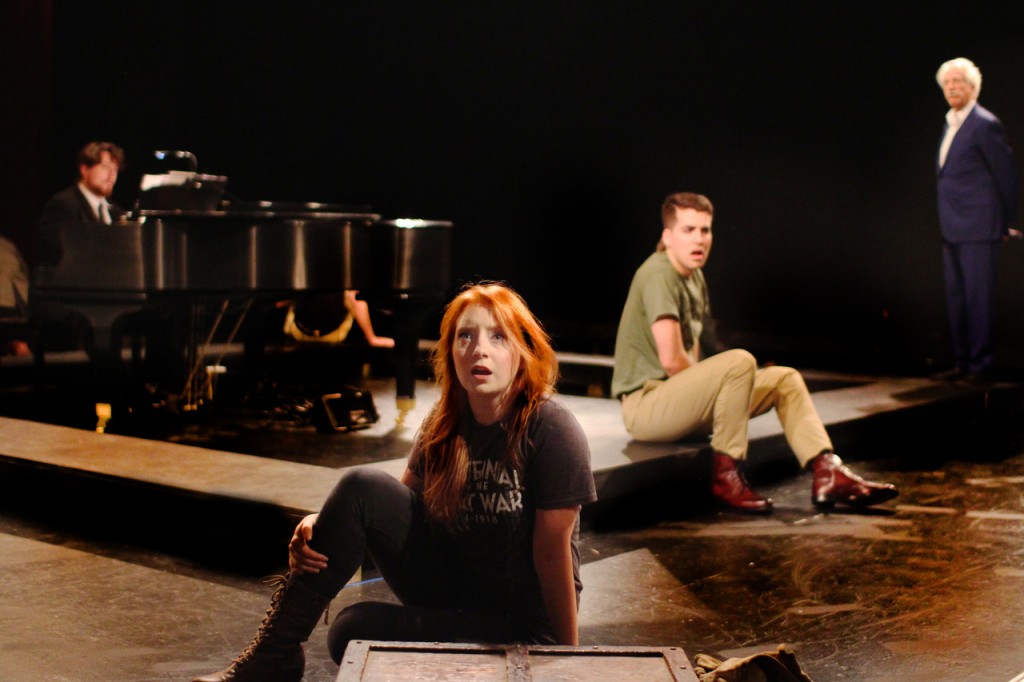 MTH’s “Songs of the Great War”. Wilkens and Wearing, with Watson on piano and Harter. // Photo by Tim Scott

Memorial Day weekend? Already? We won’t ask where the time has gone, because we all know.

As parts of the city reopen, most arts venues remain physically closed, for now. Some are envisioning live theater in the not-distant future, while some have a more wait-and-see approach. In the meantime, arts remain online, in live and recorded formats.

In keeping with the theme of Memorial Day, Musical Theater Heritage is streaming a five-camera recording of its original 2016 revue Songs of the Great War for a limited time, May 21-27. The $20 cost will “generate some desperately needed ticket revenue to help offset our financial deficiencies due to COVID-19,” executive artistic director Tim Scott says in a press release. Income from the show will also benefit the artists. Save $5 by preordering before May 21 and using coupon code “preorder.” It’s being distributed by Vimeo on Demand.

Songs of the Great War is written and narrated by MTH founder George Harter, directed by Scott, with musical direction by Jeremy Watson, choreography by Kenny Personett, and video production by Rob Forsythe. The ensemble — David Adams, Jessica Alcorn, Taylor Avazpour, Maggie Marx, Christian Thomas Owen, Bob Wearing and Kayla Wilkens — is accompanied by a five-piece band. The show was produced in collaboration with the National World War I Museum and Memorial.

Memorial Day weekend also features the Black Repertory Theatre of Kansas City’s Virtual Cabaret — a mix of talk show and performance — that streams live on Facebook from 3 to 9 p.m. CDT Monday, May 25. The event is designed to raise funds for its upcoming fifth season. Subtitled 5 for 5, BRTKC is asking for donations in multiples of 5, whether $5 or $45. Joining founder and executive artistic director Damron Russel Armstrong, he says, are actors, singers, lawyers, doctors, dancers, rappers, spoken-word artists, and playwrights. Find Virtual Cabaret on Facebook @blackrepkc or YouTube at the Black Repertory Theatre of Kansas City. You can also donate before Monday at the theater’s website, at brtkc.org/support/#donate. 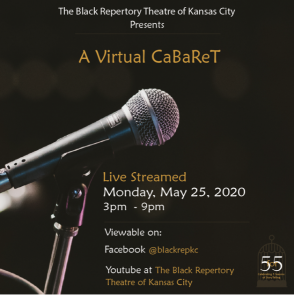 Instead of the Kansas City Symphony’s annual concert at Union Station during Memorial Day weekend, KCPT Channel 19 plans to air a “Best Of” Celebration at the Station, compiled from concerts over several years. You can see it at 7 p.m. Sunday, May 24, and at 8:30 p.m. Monday, May 25. Just too many people during a pandemic for a crowded in-person event. So, this year, KCPT, which will also simulcast on YouTube, is the next best thing to being there.