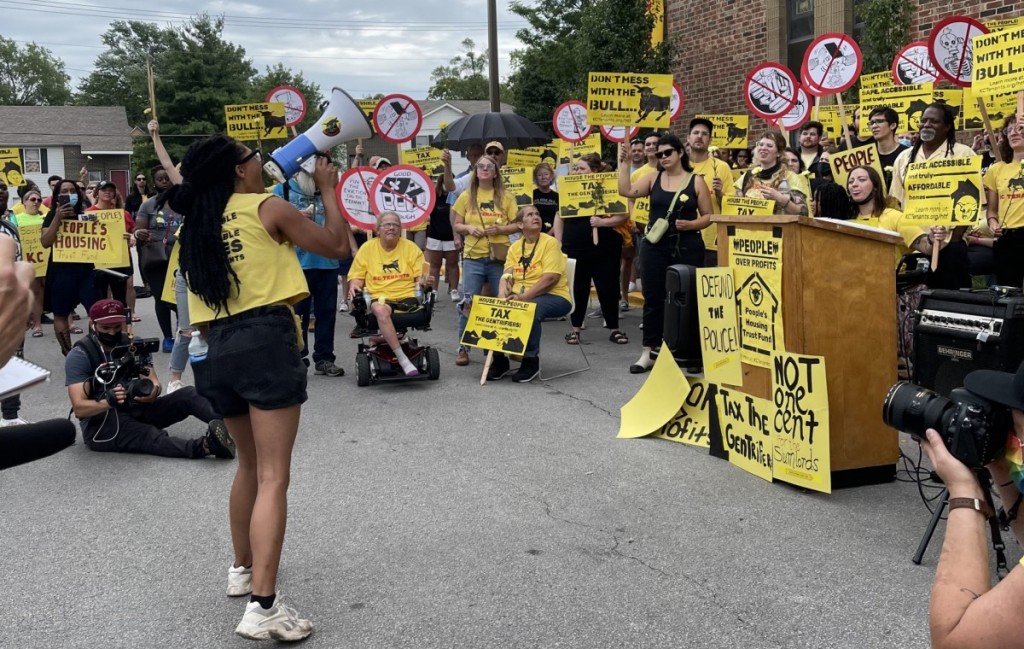 For months the apartment’s disabled and elderly tenants have struggled to have basic human needs met, and have lived with mold, water damage, and little-to-no information regarding improvements.

The reason for the Reckoning has to do with the People’s Housing Trust Fund—a document KC Tenants leader Ruby Watson says will “enable social housing, tax the gentrifiers, and reallocate funds from the police to meet community needs.”

While Gabriel Tower’s tenants wait for Millennia, the company that owns the property, to fight over whether it should pay property taxes, luxury apartment complexes continue to go up all over the city.

“For who?” Ruby says in a speech. “Where do they want us to go? Literally, where should we go? Where would we go?” 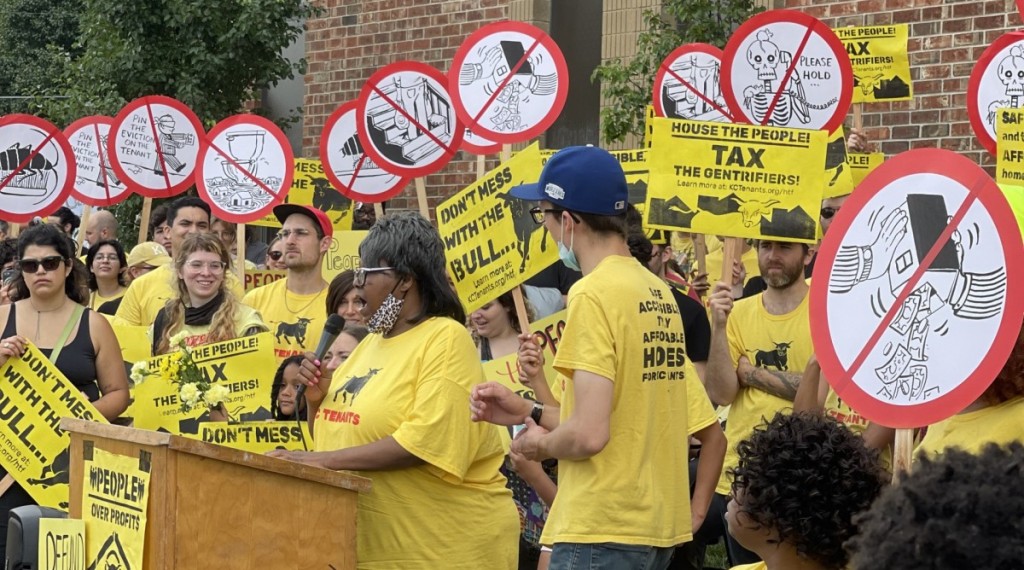 Ruby goes on to say that her grandson, Malcolm Johnson, was shot and killed by KCPD in March:

“Malcolm was quiet growing up. He went to jail when he was a young man. Prison jacked him up, mentally. When he got out, he lost his mother to cancer. It hit him hard. Malcolm wasn’t a perfect person, but he didn’t deserve to be killed.”

“I’ve read our city’s budget,” she says. “It’s like this city puts everything before the people. Slumlords have us living like animals while inspectors look away. Developers get tax breaks while we get evicted. The city funds the police while they tell us they don’t have money to house us. But I don’t just sit around sad and hurt,” she continues. “I organize. I take action. There’s a new thing coming—it’s called ‘The Power of the People.’” 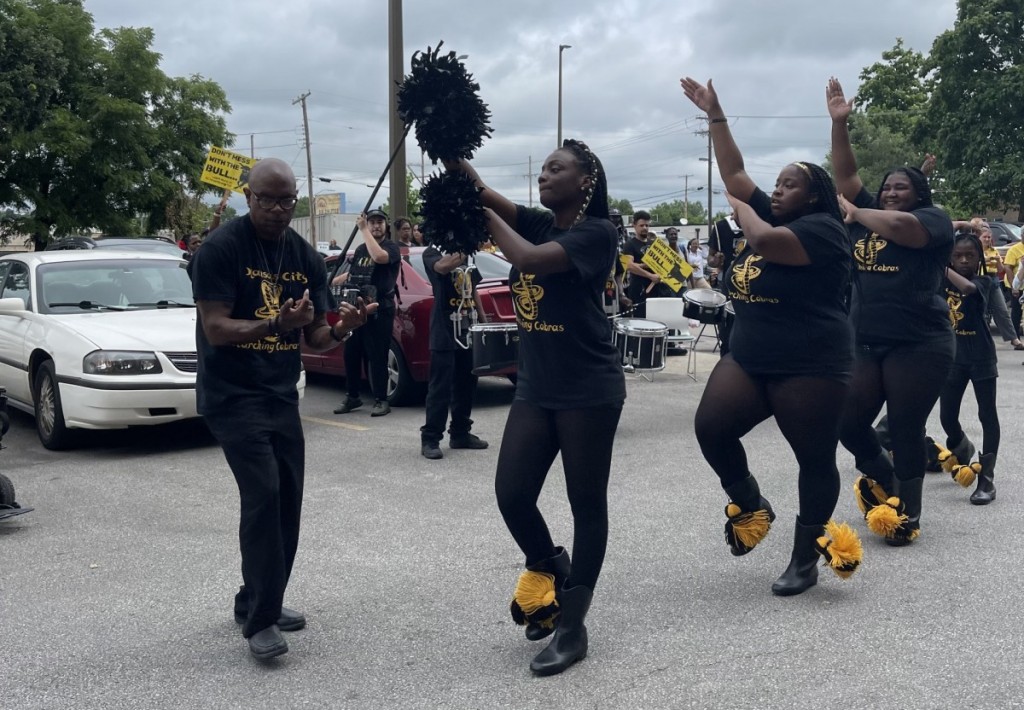 “This is ground zero for the tenant struggle against gentrifiers, slumlords, and the police,” says KC Tenants leader Jenay Manley.

KC Tenants plans to send a copy of the People’s Housing Trust Fund to Mayor Quinton Lucas, the City Manager, and every member of the City Council by Monday.