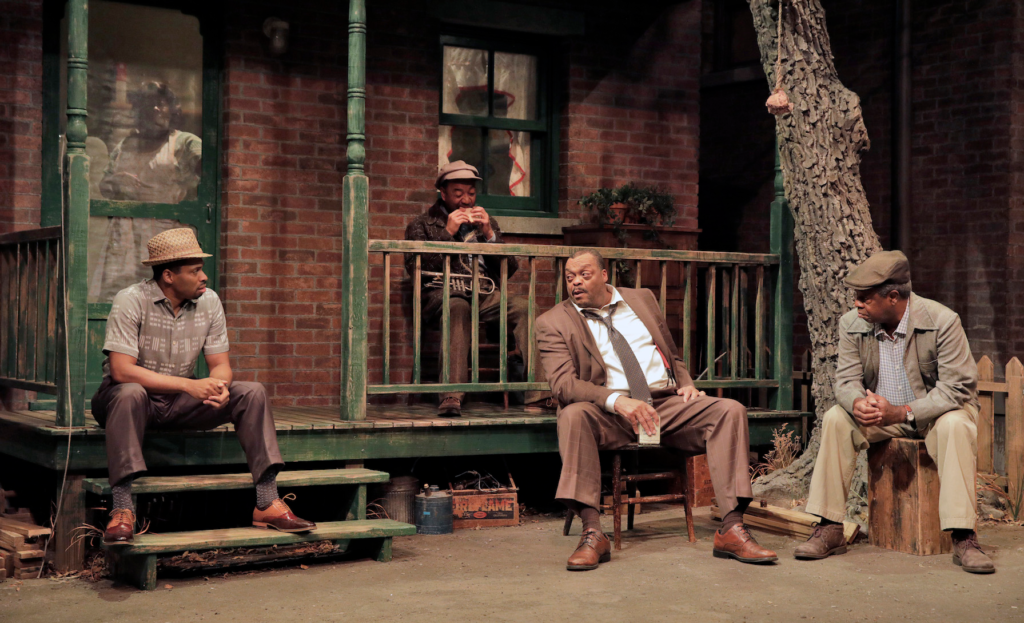 Fences, the kind we erect on land or in our psyches — that we put up between ourselves and others, to hold them in or set them apart — all appear in Fences. But in the vast space of the Copaken Theatre, no barriers impede the Kansas City Repertory Theatre’s production of this August Wilson play, which, directed by Ron OJ Parson, keeps its audience close.

It’s an artful, powerful and often explosive work that won the Pulitzer Prize for Drama (and the Tony Award for Best Play), in 1987, for a reason — well, several that I can think of: its emotional rawness, its penetrating personal insights, its layered characterizations, its vivid language.

The second play that Wilson composed, Fences is the sixth in this playwright’s cycle of 10 chronicling the American black experience in each decade of the last century. Here, it’s 1957, and the tale’s tragic hero is Troy Maxson, a 53-year-old ex-con garbage collector who once played in baseball’s Negro Leagues. But that’s just the surface.

For all that Fences accomplishes from a literary perspective, it is, above all, an intimate portrait of, and microcosmic look at, a man and his family — his wife, Rose, of 18 years; his brother, Gabriel, who suffers the lingering effects of a wartime head injury; his grown son, Lyons, from a previous marriage (“Lyons, King of the Jungle,” Gabriel calls him); his teenage son, Cory; plus his longtime friend, Bono — as well as the legacy of racism, and the seepage of generational conflict and hurt that he inherits, and passes on. 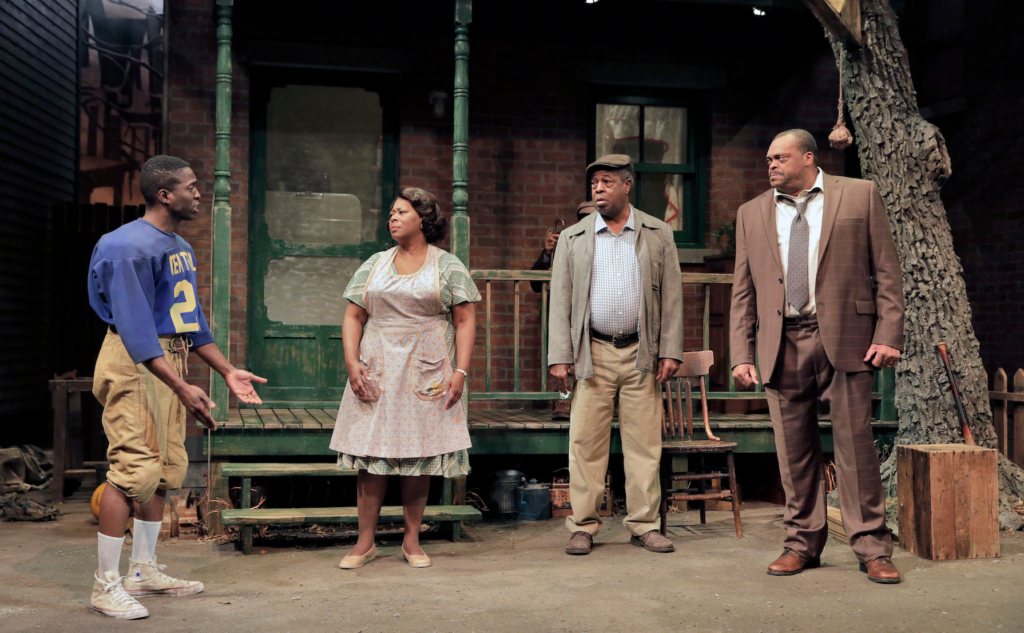 The show has a slow build, its 75-minute Act 1 allowing a gradual untangling of narrative strands, which then tensely come together in the play’s second half. It all takes place in one locale, the yard and porch outside Troy and Rose’s two-story brick house in Pittsburgh’s Hill District (scenic design by Jack Magaw). With only portions of neighboring houses in sight, the downstage structure looms large, as though we’re zooming in on a Google Maps street view.

But our focus throughout stays on the people who inhabit it and the fine actors who expose them. AC Smith’s Troy is combative, often volatile, sometimes tender, and a dominant presence at the center of this story. As his wife, Greta Oglesby renders a soulful, sensitive yet ironclad Rose. Rufus Burns has perfect game as the high school football–playing Cory, who both fears and rebels against his domineering father. As the simple Gabriel, Walter Coppage is a pleasure to watch, revealing an aspect of his talent I’d not previously seen from this performer. Alfred H. Wilson is the appropriately laid-back friend Bono, who can also confront an obstinate Troy. And Chester Gregory exhibits facets of the aloof, aspiring-musician Lyons.

In Berlin, in 1987, Ronald Reagan famously proclaimed, “Tear down this wall.” Wilson’s Fences does this for its audiences, allowing us to see into these particular African-American individuals’ lives.