KC Rep has its way with Cabaret 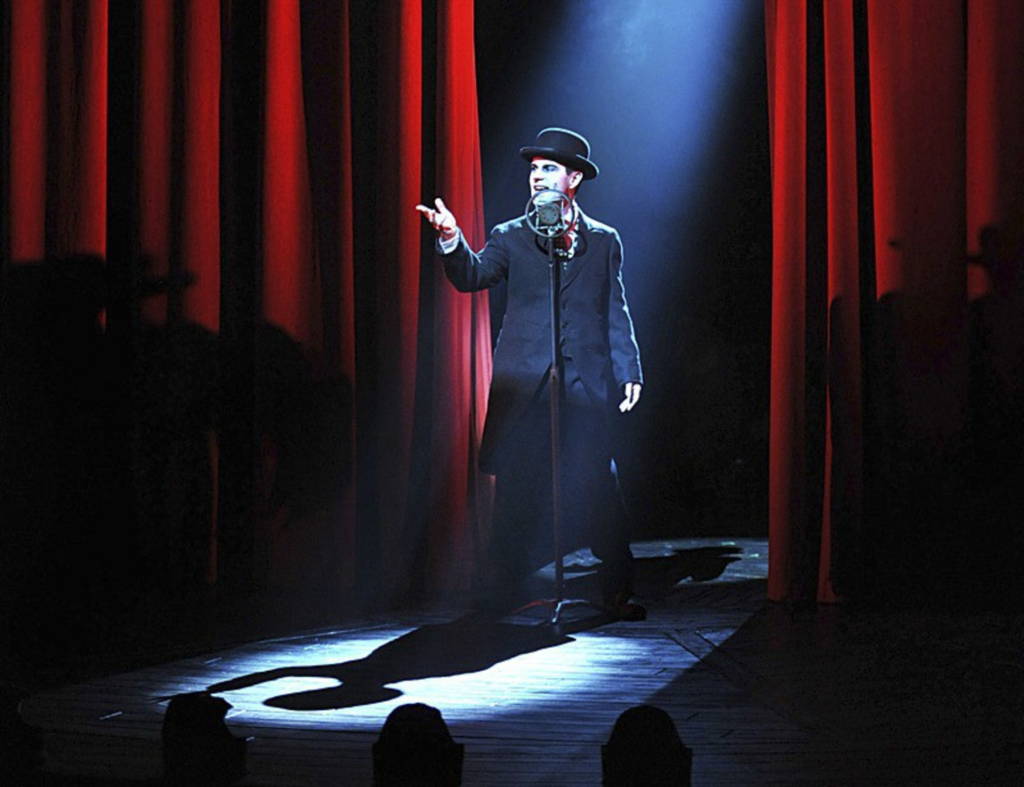 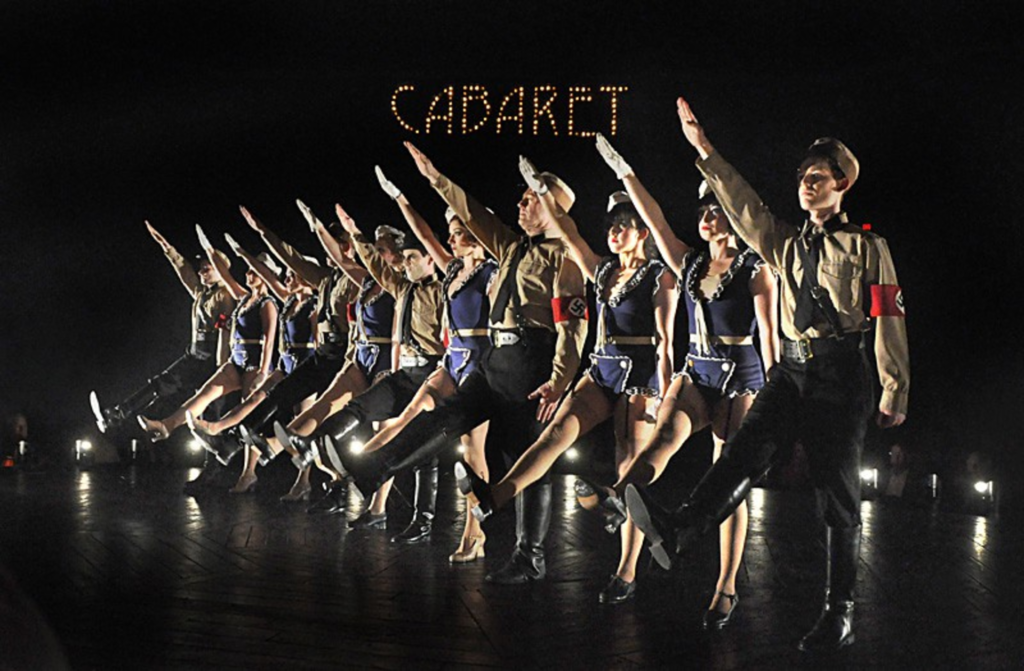 KC Repertory Artistic Director Eric Rosen’s vision — beside the frenzied decadence of Bob Fosse’s 1972 film, which starred Liza Minnelli and Joel Grey and won eight Oscars, and the savage circus of director Sam Mendes’ 1990s revival — is stylish, fresh, frolicsome and surprisingly heartfelt. By stripping away the exaggerated sleaze and sinister freak show, Rosen strips away our remove. Those Kit Kat Klub girls and Hitler Youth–ready boys look awfully cheery and enticing. The result is a show that’s all the more dangerous for its seeming wholesomeness and shine.

I’m often in awe of what KC’s smaller companies do on limited budgets, but it sure is fun to see what the Rep’s considerable resources can mount. This is, simply put, a breathtaking show. Rosen and set designer Jack Magaw have ambitiously reconfigured the Spencer Theatre, thrusting a specially built, revolving, theater-in-the-round stage several rows into the auditorium. The arrangement allows for a closer proximity from every angle and evokes the feel of a cozy boîte. Onstage, seating behind the round offers backstage glimpses of prop changes and actors in the wings. And along the circumference, a limited number of café tables take the nightclub illusion even further. I attended the show twice and sat in three locations — on the main floor, in the far back and onstage — and found the view terrific from all, with the backstage perspective especially seductive.

Cabaret rises and falls on its master of cere­monies, and Brian Sills is stellar. His debonair charisma, erect posture and mannerist dancing reflect an old-world civility that contrasts devastatingly with the mayhem we know is to come. Sarah Beers’ costumes for him are particularly apt, channeling Charlie Chaplin as both Great Dictator and Tramp, with a moment of matador.

Hollis Resnik and Gary Neal Johnson are extraordinary performers, and their scenes together as Fräulein Schneider and Herr Schultz comprise the heart of the production. Charles Fugate is exactly right as genial Nazi Ernst Ludwig, and Vanessa Severo’s salacious Fräulein Kost injects humor and then menace. The delightful cabaret scenes make the most of the fabulous Kit Kat Klub girls (a motley ensemble), though some of the most eloquent dancing of the evening comes from KC Comeaux’s cheeky Gorilla.

I wish I could say the show was perfect, but there is one disappointment, and that is unfortunately the pivotal role of Sally Bowles. Sally is a kooky, magnetic and perversely complicated flibbertigibbet who is irresistible to all — especially to the young American novelist Clifford Bradshaw, despite his probably homosexual leanings. At least, she should be. Though Kara Lindsay pushes hard — mostly on the kooky, squeaking her voice and windmilling her limbs — her misguided Sally embodies none of the character’s signal qualities.

When the Kit Kat Klub girls and boys sing and dance circles around her (literally and figuratively), the attention is on anyone but Sally. I know she’s supposed to be a second-rate singer, but we still have to believe that there’s a reason she’s headlining the act. Her mysterious dark past and doomed future, not to mention the innards of self-contempt, despair, fragility and delusion, are barely hinted at. At the end, as if to compensate, Lindsay overdoes her solo on “Cabaret,” trying to make it do too much too late.

It’s understandable that Claybourne Elder was cast as Clifford — he was a standout last season as the Wolf in the Rep’s phenomenal Into the Woods. And he looks the part of all-American boy from Harrisburg, Pennsylvania. But Clifford and Sally — two desperate, conflicted runaways who should have so much in common — generate precious little chemistry. Moments that should be awash in subtext are reduced to melodrama, and their final dramatic scene nearly sinks the ship.

Nearly. The rest of this magnificent team is so good, and keeps this production humming at such heights, that the Sally-Cliff hole doesn’t fatally mar the proceedings.

The production’s success owes at least as much to its backstage talent as its performers. In addition to Magaw’s glamorously ratty set and Richard J. Hinds’ snazzy flapper-burlesque choreography, Zachary Williamson’s sound design faultlessly balances band and performers, finding intimacy in every corner. Beers’ cabaret dancer costumes are tastefully raunchy and without a single cliché. In this show of limelight and shadows, kudos go to David Weiner’s stunning lighting design, which gorgeously creates drama and place. So does the kicking seven-piece band, under pianist Anthony T. Edwards’ direction.

There’s not a bad song in this show (well, I’m not crazy about “Money”), and several are among the best in musical theater. Fred Ebb’s brilliantly persuasive lyrics and John Kander’s indelible, insinuating melodies take this show’s disparate elements — economic catastrophe, political upheaval, moral depravity, sexual confusion, portents of Kristallnacht and the Holocaust — and pull them together as tightly as a corset. Rosen’s fluid, flashy
direction never lets up on the spectacle and excitement, so that it comes as true devastation when the party ends.

In fact, I’ve changed my mind. Even flawed, this Cabaret is perfect.