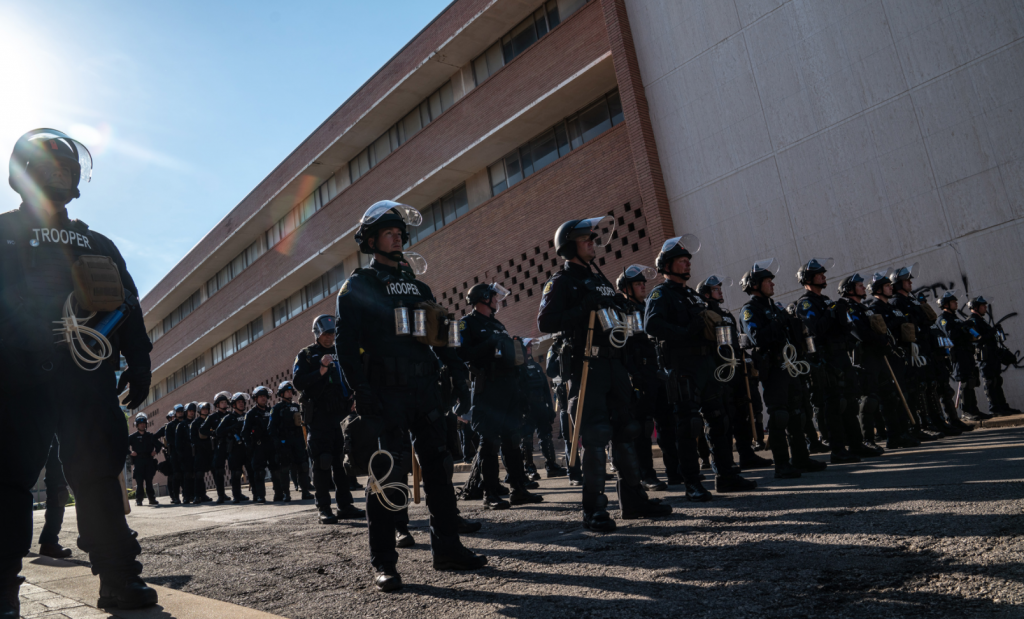 Skyler Harrington of Black Rainbow said this systematic drain of resources from the city budget deprives more local lives than any murderer with a gun.

“We’re in a global pandemic and almost all coronavirus deaths in Missouri have been Black or Latinx people—and Mayor Lucas deliberately chooses to double-down on policing our people instead of investing in healthcare we need,” Ray Billis of Black Rainbow says.

The full letter can be seen below and will be updated here:

By inviting federal agents into our city, you have opened the door to undue civilian terror, functional martial law, and the obstruction of basic civil liberties. Now, the people of Chicago and Albuquerque face the same state-sanctioned terrorism you let into Kansas City. This is unacceptable. We have demands for immediate change.

Your hypocrisy is documented. After welcoming hundreds of federal agents into our city, you signed on to a letter with other mayors condemning a federal presence. Your name on a letter means nothing when you continue to enable the occupation of our city. Our people—your constituents—are suffering the consequences.

In Portland, Kansas City, and elsewhere in the United States, we are witnessing a flagrant violation of our constitutional rights. Federal agents sent by the Trump administration have been terrorizing communities and arresting protestors, journalists and legal observers alike. This is no longer merely about the right to protest, this is about quelling the authoritarianism and fascism of the Trump administration. Our fundamental rights and liberties are at stake, and the nation’s eyes are on Kansas City. As we’ve repeated time and time again: our city will not be a testing ground for martial law. We will not be silent as you allow federal agents to invade our streets.

But our community’s anger is not simply about the presence of federal agents. It is about the corrupt and predatory system of policing you have supported writ large. From 2012 to 2018, KCPD’s budget has grown an absurd 28%1 (an increase of over $50 million) while the violent crime rate has risen 42%2. It is clear: increasing an already bloated police budget does not reduce crime.

Our government criminalizes poverty, addiction, and illness instead of creating resources to help those suffering. We spend millions policing and incarcerating the most vulnerable members of our community instead of investing in treatment or housing. Meanwhile, police officers overwhelmingly patrol Kansas City’s poorest neighborhoods, targeting and abusing already marginalized and primarily Black and brown people. This perpetuates the cycle of violence in our communities.

WE DEMAND THAT YOU IMMEDIATELY:

REJECT the presence of any federal agents occupying our community.

CONDEMN the overreach of the racist, violent Trump administration and stand with the Black and brown people who disproportionately suffer from over-policing in Kansas City.

DIVEST from KCPD by legislating a 50% budget cut.

INVEST in a community-established People’s Budget for FY 2020-21 by redirecting KCPD funding to resources such as housing, healthcare, sustainable infrastructure and education.

Mayor Lucas, make it clear: Do you stand with the racist, fascist and violent actions of the Trump administration or with the people who receive their blows? Do you stand with the police lobby from whom you’ve taken over $31,000 or with the marginalized members of your community—the Black and brown, Indigenous, disabled, poor, queer and trans people of our city—who are arrested at massively disproportionate numbers?

Your inaction so far indicates you are incapable of fulfilling your mayoral duty to protect the people of Kansas City. It is time to pick a side.