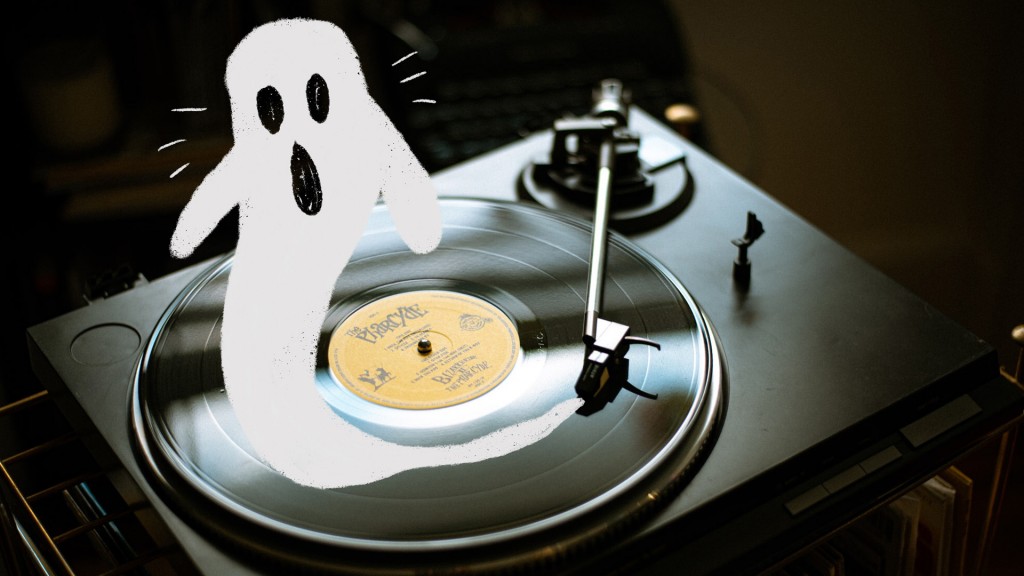 Even though we’re not likely to have any Halloween parties this year, there’s no excuse not to have a holiday playlist of spooky songs at the ready to set the tone. If nothing else, given the nightmare hellscape in which we currently find ourselves, songs of doom and creepy circumstances can offer a sense of cathartic release.

And, should we ever reach a point where folks can get together again safely, these songs offer up a chance to craft a sonic palette beyond obvious and played-out choices you’re going to hear playing in every cleared-out former department store now housing a Spirit Halloween. I love Bobby “Boris” Pickett’s “Monster Mash” as much as the next person, but it’s not really scary.

These songs, though? Get ready to have your hair turn white and your blood chilled.

If you look at the album cover for Anghellic, it will give you chills! Tormented scared the shit out of me largely because of the beat. The composition is undeniably dark and the vocal delivery is reminiscent of “Let’s Get Fucked Up,” giving it that Kansas City rap flavor. The feature from Grant Rice was perfect, in my opinion, because it framed Tech’s more precise yet rapid fire delivery with a dark reprieve I didn’t expect to experience during my first listen. I love the first bars of the song, “One for the devil two for my God,” because it explains the inner conflict Tech N9ne tried to convey but unfortunately, many folks who didn’t know his art thought he was a devil worshipper! Also, the sound effects are teeming with voices of hell, bombs, etc., making it a perfect Halloween song for a Kansas City hip-hop fan!

Julie Berndsen, Lead singer of Other Americans/backing vocals for Brandon Phillips and The Condition

A song that chills me to the bone is “St. James Infirmary,” sung by Cab Calloway. I find it very spooky given we are living in a pandemic. The gravity of death we are constantly reminded of on a daily basis gets me thinking about how I, my friends, and loved ones want to be remembered when we pass. As Cab sings the haunting lyrics, it reminds me that life is short, loved ones can be lost, and visions of how we want to be remembered are hopefully somewhat true to the stories we tell ourselves to sleep at night. The horn section in this song has the delicate balance of what Heaven, Hell, or nothingness could sound like when we find ourselves stretched out on a long white table. 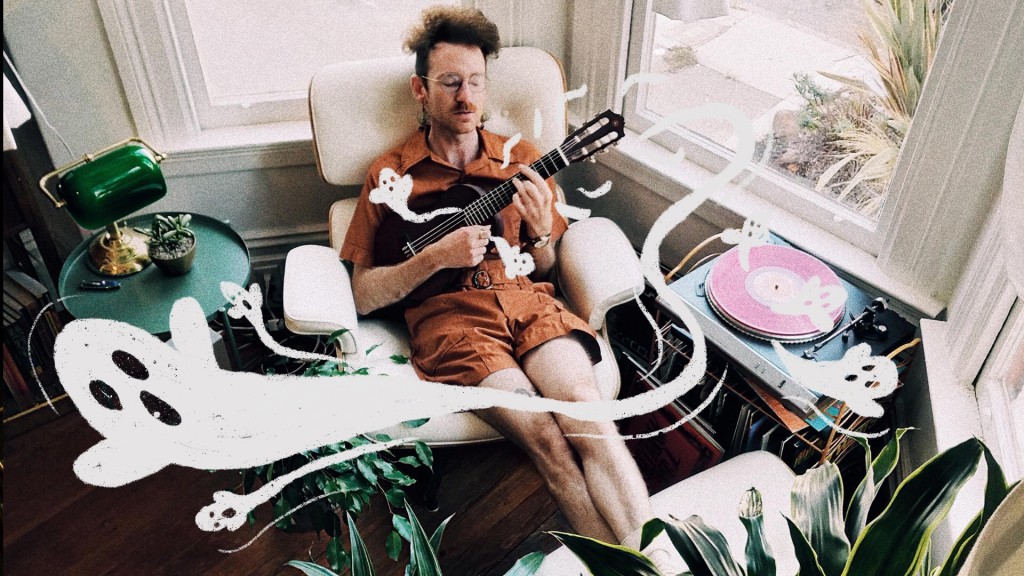 Enrique Chi, Making Movies and founder of Art As Mentorship

Waits sounds like he and the band entered a haunted barn in the middle of nowhere and proceeded to create instruments out of the broken tools and wood scraps they found. Wait’s voice seems to summon the spirits as he paints a scene where “crows as big as airplanes” and “locust take sky” as we face “his” wrath. “Hell doesn’t want you and heaven is full, bring me some water and put it in a skull” is my favorite lyric, I think, but the whole piece is amazing and feels as apocalyptic as 2020 continues to be. By the end of the song, I’m convinced the spirits began jamming with the possessed band.

Jeff Buckley, “You & I” from Sketches For My Sweetheart The Drunk

I was 12 when I discovered Jeff Buckley. He tragically drowned six years earlier in 1997. I was gobbling up any and all recordings I could find, as I had become absolutely obsessed (he’s my Elvis). Jeff’s posthumous release, Sketches For My Sweetheart The Drunk, included a song that stopped me dead in my tracks the first time I heard it. It was absolutely horrifying. My almost-teenaged nerves couldn’t handle the brooding, gaseous atmosphere of the final track on Disc 1, “You & I.”

The vocal sits on top of this bed of hums and incantations that Jeff looped. “You were my only hope…” the disembodied voices called, drenched in a washed out reverb, as if it came from a corpse floating down the Wolf River. The ambient bed in the track is akin to something from Brian Eno’s desolate Ambient 4: On Land. It wasn’t until I had gotten a little bit older and learned more about the meaning behind the song that I was able to dive in and let the wash of my dead hero’s voice chant “You & I, You & I, You & I,” without having to do the listening version of running up the stairs at night.

Sufjan Stevens, “The Only Thing” from Carrie & Lowell

“The Only Thing” by Sufjan Stevens is a song that gives me the chills. It’s not intentionally scary or even bold in its sound. It’s actually really minimal in sound. What gives me the chills about it is how bluntly it tackles mortality. The album that it’s on, Carrie & Lowell, is about Sufjan dealing with the death of his mother. “The Only Thing” stands out to me the most, because it highlights how close we all are to our own death. Realizing your mortality can be depressing and discouraging, but I try to use that fear as motivation to live the limited life that I have to the fullest. 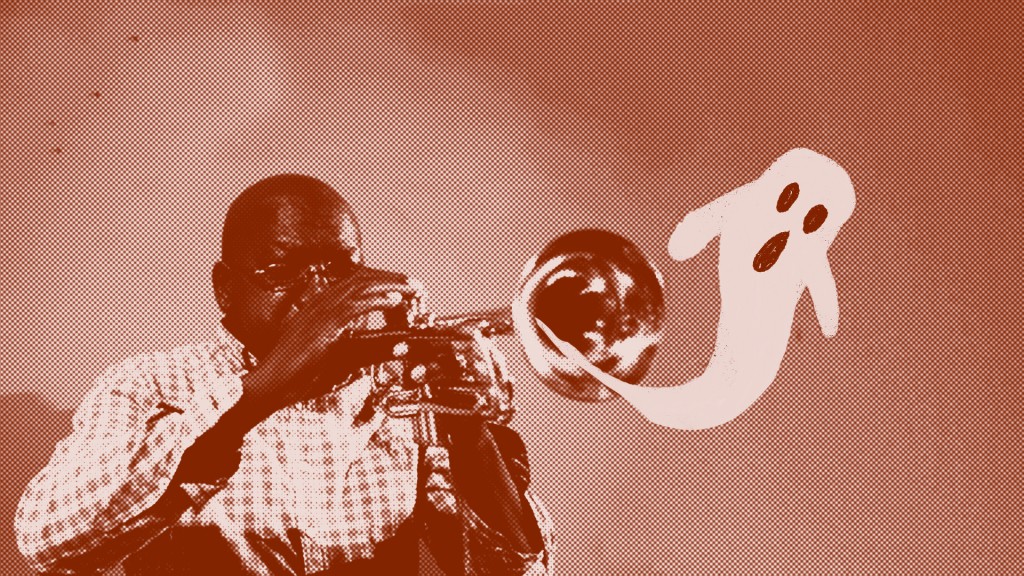 Run The Jewels, “Walking In The Snow” from RTJ4

I turned my computer all the way up right after I downloaded the full album. I listened to the whole thing, track one to eleven. “Walking In The Snow” wasn’t my favorite song on the record, but I found myself rocking my body and cringing at the same time. It felt good and bad, equally messed up for my brain and my body. Killer Mike and El-P’s lyrics are super-calculated and resonate the realness of this shit year.

RTJ doesn’t give the listener much time to breathe. You are told a messed-up story, really fast, and are trapped between voices as they take turns spilling the truth. I got chills because that messed-up story is a reflection of living in 2020 America.

“… We be the heroes, the breakers of chains and the busters of locks (locks, locks)

I’m not so sure opportunities knocking, it’s probably the law…”

Radiohead, “Everything In Its Right Place” from Kid A

Every time I hear this song, the hair stands up on the back of my neck. I legitimately have a general sense of dread and unease. It’s quite unsettling, alien, and cold. Now you’re probably saying to yourself, “C’mon Joc: that sounds a tad dramatic,” but you don’t know the background on my first spin. To set the scene, it was probably around 2002: I was at a friend’s house, and younger me had stupidly ingested copious amounts of cough medication an hour beforehand. An egregious amount, honestly. I was listening to something familiar like Rubber Soul, then this song comes on and kicks off Kid A and it certainly set the tone for one of the strangest and most disturbing experiences of my life. This song was not only my soundtrack, but my Virgil guiding me deeper through the nine circles of my own personal hell.

On a brighter note, I haven’t coughed since.

Battle of Mice, “At the Base of The Giant’s Throat” from A Day of Nights

The entire album is essentially the Fleetwood Mac’s Rumours of post-metal, lyrically revolving around the abysmal relationship between singer Julie Christmas and guitarist Joshua Graham, but this particular track takes the crown for most unsettling. The final two minutes contain a stomach-churning 911 call that the band never gave an explanation for, nor ever confirmed if it was, in fact, a real call.

Regardless, it’s a sobering reminder of the evil and horror people are capable of inflicting on one another, and (ostensibly) the realities of domestic abuse. It’s an album that, while lyrically dealing with these heavy subjects, is musically one of the most cathartic of the genre, but with this two-minute clip it brings that catharsis to a grinding halt and instills a stifling sense of hopelessness, effectively dragging you back to square one along with Christmas as she tries to navigate the minefield that is her relationship.

Fanny: The Right to Rock documents harmonies and disharmonies that kept these rockers from getting their due