KC moves hard to reclaim power over our streets 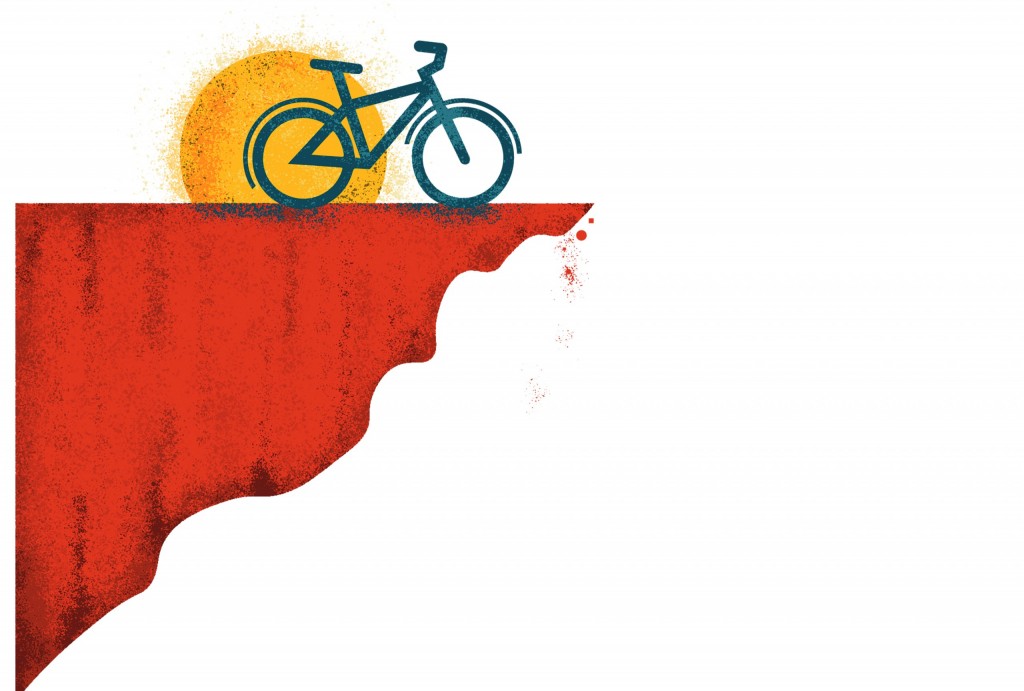 One way to look at a street is as a slab of asphalt. Maybe with a painted line in the middle. It’s simple and—mostly—functional.

But right now, in the public conversation, streets are so much more. For too long in Kansas City and some of its surrounding communities, streets have been the domain of cars, cops, crime, and decay. A movement to reclaim them for walkers, kids, dogs, and bikes could change the city.

“Transportation has always been a social justice issue, but people are recognizing that more so than in the past,” says Eric Rogers.

He is executive director of BikeWalkKC, an increasingly vocal nonprofit that promotes a simple idea: Streets are for people. If people of all races, ages, and identities can safely walk, bike, roll, scoot, or otherwise move around their community, we’ll have better air, better health, and a better economy.

It was BikeWalkKC that recently alerted the City Council to the racist aspects of the city’s jaywalking ordinance.

It turns out that Kansas City is the birthplace of jaywalking—both the funny name and the crime. In a sop to the auto industry (perhaps the first of many), the city in the early 1900s made it a municipal offense for people to walk across the street.

Ticketing pedestrians doesn’t make the streets safer. “I can’t think of a single example in my career when a pedestrian was issued a ticket to protect an individual or the public around them,” says Rick Johnson, a criminal defense lawyer.

Johnson began his law career as a public defender. One of his first clients, he says, was a guy who was ticketed for taking one step over the line of a crosswalk.

Jaywalking is what lawyers call a “pretextual offense”—a reason to stop people and look for something more serious. More often than not, the people who get stopped are Black, brown, and/or poor.

“You’re not going to be living in Mission Hills and get ticketed for jaywalking,” Johnson says.

For the people who are stopped, one errant step into the street can lead to a spiral of jail stays, fines, lost income, and outstanding warrants.

“For some people, jaywalking is the first step to a life of being punished for things that are out of their control,” says Michael Kelley, director of policy for BikeWalkKC and a nationally recognized expert on equitable street use.

In early May, the Kansas City Council wiped its jaywalking ordinance off the books. It also—after a rather long conversation—got rid of an ordinance that made it illegal to bike or roll around the city with dirty tires. Another ordinance that allowed police to stop cyclists and look for defective features on their bicycles also got tossed.

The council’s actions are surely progressing, but the bigger street-related crimes in Kansas City are institutional—perpetrated not by citizens but against them.

Imani Morris loves her bike, but her street is dangerous. // Photo by Barb Shelly

Imani Morris, 10, has a sweet pink-and-white bicycle but no safe place to ride it. Her street, near 81st Terrace and Euclid Avenue in Kansas City’s Marlborough neighborhood, is narrow and bumpy. It has no sidewalks.

Imani’s mom, Sharonn Morris, sometimes lets her daughter ride up and down the block, but only if she is watching, looking left and right, and yelling “car!” if a vehicle comes flying down the street. Which they do, all the time.

If her mother shouts out a warning, Amani is expected to bolt for the side of the road. While some neighbors on the block wish for sidewalks and rain gutters, Sharonn wants speed bumps. No one has much hope that anything will happen soon.

“When you look at the sidewalks or the way streets are designed, the built environment can be a big barrier to people’s mobility, and especially for kids,” says Andrea Clark, policy and planning manager for KC Healthy Kids, a nonprofit that, among other things, works to create safer spaces for children to play outside.

“We approach our advocacy around safe and accessible streets, but we also look at it as an issue of equity,” Clark says.

Look at Census tracts in and around Kansas City, and you’ll see an inescapable correlation among race, income, and streets and sidewalks.

The poorest neighborhoods have the highest numbers of what the Census calls “zero-vehicle” households, meaning no one owns a car. There are more than 49,000 of those in the Kansas City region, according to data compiled by BikeWalkKC. Those neighborhoods are the most likely to record pedestrian injuries and fatalities. And their streets and sidewalks (if they exist) are in the worst condition.

In 2019, a city report classified almost half of the city’s roads as poor or failed. The City Council recently more than doubled the street resurfacing budget to $39 million, which everyone agrees is just a pittance of what is needed.

A study in 2008 estimated the cost of fixing or providing sidewalks for every street in the city to be at least $1 billion. To say the city is taking baby steps is an understatement; it is budgeting $7.5 million a year for replacement and repair. More than a quarter of households in Kansas City lack sidewalks altogether.

“When we fail to invest in the transportation systems, the infrastructure, the programs, and the other things that can support those neighborhoods, that is a choice to invest in inequity in our community,” Kelley says.

In 2008, the League of American Bicyclists ranked Kansas City dead last on its list of bike-friendly cities. It was embarrassing but accurate. Kansas City had few designated bike lanes, its streets were—and still are—in terrible shape, and pedestrians and cyclists risked their lives trying to cross the Missouri River, hugging the shoulders of bridges while the cars and trucks roared by.

Things were so bad that the BBC actually sent a crew to Kansas City to film a documentary about us. That at least got the attention of City Hall. Mark Funkhouser, (mayor at the time) declared a crusade to make Kansas City bike-friendly. The BBC film was also the incentive for the creation of BikeWalkKC.

“Bicycling was not the only poor ranking for KC,” Rogers wrote recently in a blog post. “We had terrible stats for healthy living indicators like sedentary lifestyles, heart disease, diabetes, obesity, and child health. In a city that proudly touted having more freeway miles per capita than any American city, we were dealing with the effects of a community designed for cars and not for people.”

He added, correctly, that the worst indicators are seen in low-income neighborhoods with high percentages of people of color. “The negative impacts on health, wellness, financial stability, and physical mobility are still felt today.” 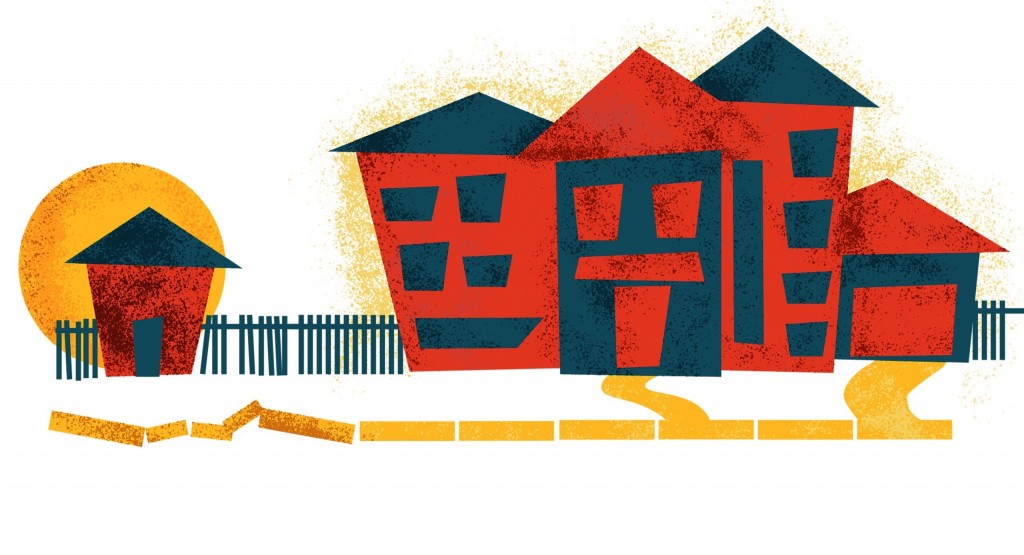 That changed with the automobile, with laws that penalized pedestrians, and with highways that separated neighborhoods from one another and from essential commerce. Streets are now places where parents tell their children not to go.

“It wasn’t always that way and it doesn’t have to be that way going forward,” Clark says. “There are things we can do to make streets safer for all users.”

The good news is that people are starting to take back their streets.

In northeast Kansas City, Kansas, one of the region’s poorest neighborhoods, residents are conducting “walking audits.” They document the conditions of streets and sidewalks, threats from traffic, accessibility to parks and playgrounds, and other quality of life issues. College students tally up the data and neighborhood groups use it to set their priorities.

“Northeast Kansas City, Kansas, is an area that was redlined,” says Rachel Jefferson, executive director of Groundwork Northeast Revitalization Group, a coalition of neighborhoods. “Because of structural racism, it’s an area where people were set up to fail.”

By demanding safer streets and better environments, people are controlling their own destinies, she says. “It’s really about local decision-making being put in the hands of people.”

The staff at BikeWalkKC also sees progress, starting with bus service. Although still clunky and inadequate, it has ditched fares on some routes and has plans to go to completely “zero fares” at some point.

Other good news: Kansas City finally has a designated transportation division. Walkers and bikers can now cross the Missouri River on bridge walkways separated from traffic. Bike education programs are thriving in the city. Its bikeshare program is going strong and more neighborhoods are asking for funds for bike lanes.

A group like this—organized around the goal of making the streets work for people—could change Kansas City and the region.

“Being able to walk and bike in your neighborhood should be something that’s fun and brings you joy,” says Rogers. “I think everybody should be able to participate in society and the economy, whether they want to walk or bike or use transit.”