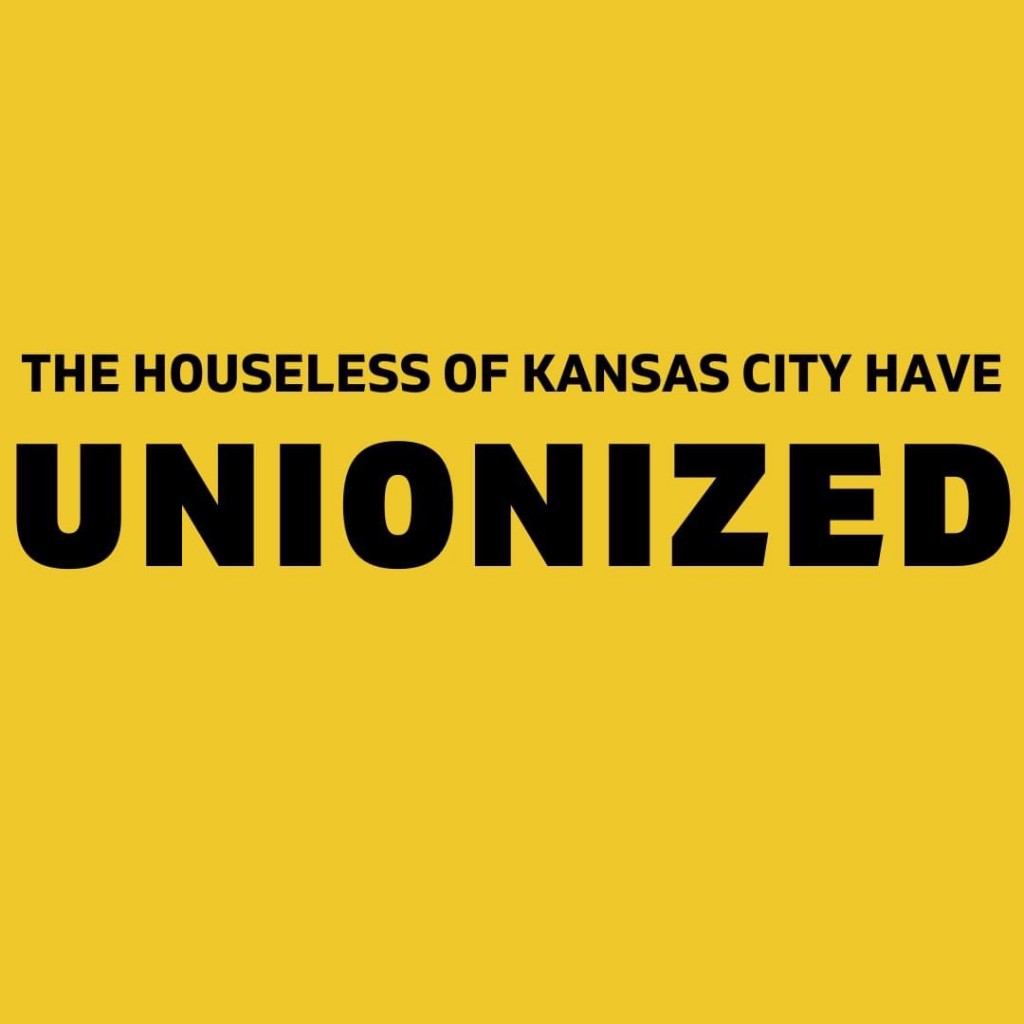 On Jan. 28, houseless leaders from across the Kansas City metro met to officially organize a homeless union. Kansas City Homeless Union will work to ensure more protection and bargaining rights for unhoused people in the Kansas City area.

“This isn’t just a meeting. This is a meeting that will officialize a homeless union in Kansas City. We’re tired of begging. Once we unionize, there’s nothing they can do to stop us.” – James Shelby#homelessunion #kcmo #kchomeless #stopthesweeps #housingjustice pic.twitter.com/HOSNYMWFv0

Because of the group’s varied direct action efforts, they were able to increase the rights and visibility of homeless people. These included the right for houseless people to vote without an address, municipal programs led by unhoused people, and commitments from the HUD to provide 10,000 housing units for houseless people.

Homeless Unions’ political presence sharply declined beginning in the 1990s, but they are recently resurging across the nation. KC Homeless Union began in alignment with the National Union of the Homeless and is organized by Qadhafi, an organizing fellow with KC Tenants, and others also affected by homelessness. The group is fighting to bring an end to unhoused camp sweeps in the city, to decriminalize homelessness, to stop evictions and cancel rent, to bring housing to people, and to provide daily necessities like tents, food and water, and other supplies.

“This isn’t just a meeting,” James Shelby, a leader of Kansas City Homeless Union said in a tweet. “This is a meeting that will officialize a homeless union in Kansas City. We’re tired of begging. Once we unionize, there’s nothing they can do to stop us.”

The Union is a mutual aid foundation that sources funds and supplies from the community to create solutions made by the people closest to the problem.

So far, the union has focused its efforts on providing safe havens for unhoused people, as well as demanding better from the city. The group set up pop-up warming tents at 931 Westport Road that are available 24/7. The spot has heat, blankets, sleeping bags, food, and water available for houseless people who need assistance.

The union also began an encampment outside of City Hall on Feb. 1, to fight for more equitable support from the city and a voice in houseless aid efforts.

“Our first decision was to go and occupy city hall,” Qadhafi, a leader of the union, said in an Instagram video. “It’s not a big showing because it’s cold out here. We have a list of demands, the demands that we want is real simple. The same money that the city is spending, or saying that they spend on homeless people, like shelters, heating centers, and all of that, to us is sociably unacceptable. We feel like we’re being extorted and exploited, that’s why we started our own union. With $8 million for this heating center and these shelters, every single homeless person in Kansas City can be housed and have a program set up to upgrade the house to meet the standards of the city’s inspection. Everybody keeps collecting funds and saying they’re doing things for us, but they’re not even talking to us. They can’t even come to our camps. They don’t even know us. The homeless people are closest to the problem, they’re closest to the solution, we know what the solution is.”

Throughout their encampment, the snow has not been shoveled on the side of the building that they are currently occupying even as other areas have been shoveled and the power to their encampment was temporarily shut off on Feb. 5, right before a major storm. As well, the trash has not been collected and the group believes some trash cans have even been removed from the spot. This disregard from officials adds to the health hazards that the houseless people occupying City Hall are facing. Even still, the union will not give in until they see real collaboration and change.

“They can’t run us off, we’re here to stay,” Qadhafi said in a Facebook video. “Something’s got to change.”

To raise mutual aid for the union’s collective bargaining efforts, the group uses Cashapp ($hugyohood). They can be found on social media via Instagram, Twitter, and Facebook.