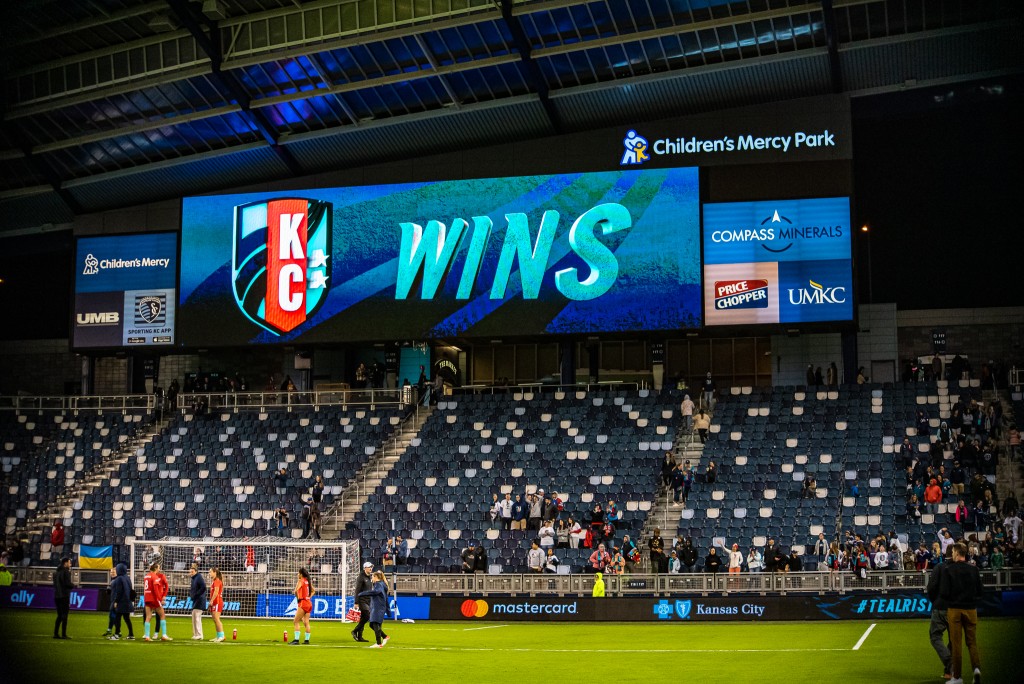 While the Chiefs’ fans celebrate another win this season, and the Royals and Sporting fans long for the start of next year, Kansas City has one more club that is more than worth cheering for.

The Kansas City Current head into the National Women’s Soccer League Championship game against the Portland Thorns this weekend after they defeated Megan Rapinoe, Rose Lavelle, and the rest of the OL Reign by a score of 2-0.

This is something special for Kansas City as it brings a chance for the NWSL Championship Trophy to come back to the metro for the first time since the 2015 season, when FCKC brought the cup back home to Swope Park. The Blues had won back-to-back championships before the team dissolved surrounding money mismanagement and other issues and moved to Salt Lake City to become the new expansion team The Utah Royals FC in 2017.

Eventually the team would move back to the Metro in 2021, under the name The Kansas City NWSL, with the help of Angie and Chris Long and Brittany Mahomes. Yet the first season back would end seeing a dreadful return by finishing dead last in the league at 10th place under head coach Huw Williams.

After replacing Williams with Watford FC and England’ Under 19 Nation Team member Matt Potter and a few player transactions saw the team finish 4th in the league and the first-time playoff appearance since the 2015 NWSL Championship (note the Utah Royals did not qualify for the playoffs in both years of play, finishing 5th in 2018 and 6th in 2019).

So, on this Saturday, October 29th, be sure to turn on your TVs and support a hard climb to the top for our local professional soccer team as they take on the Thorns at Audi Field in Washington DC, which will be shown on CBS at 7 p.m.