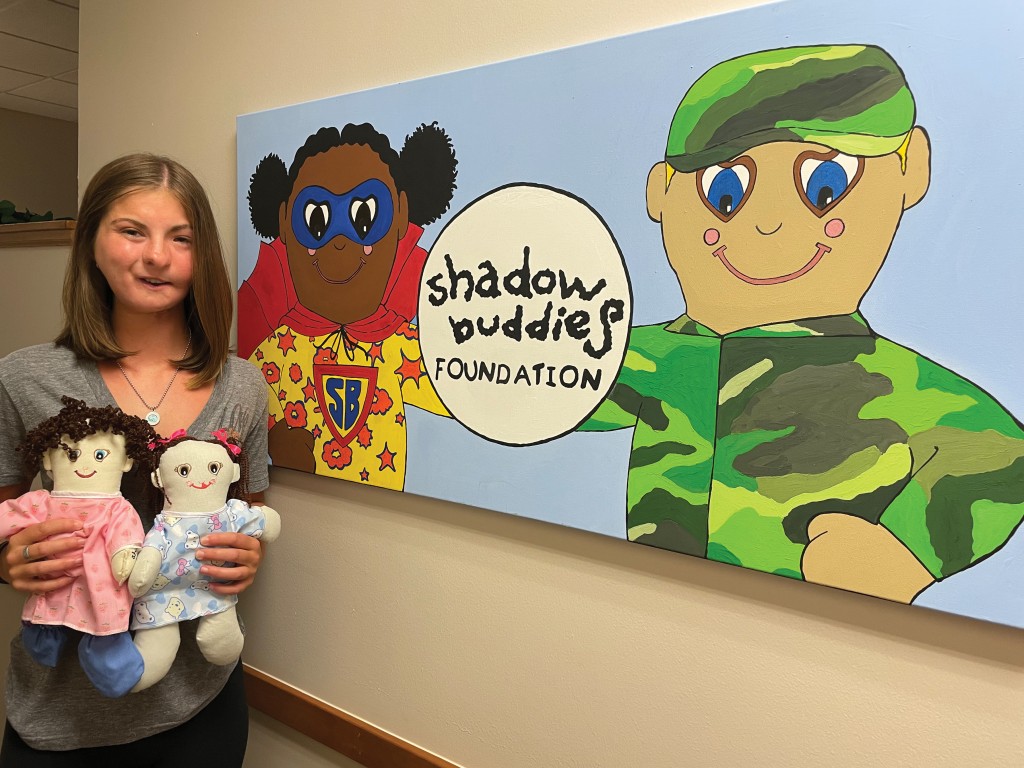 Having a specialized medical condition is difficult for anyone, but it’s especially tough on kids. For the past 27 years, Shadow Buddies has aimed to mix comfort with education to empower children with anatomical differences, helping them embrace their uniqueness.

The nonprofit distributes dolls whose physical appearances mimic different conditions such as a cleft palate or a lung transplant, so that a child always has a friend who looks like them, even when the other kids around them don’t understand.

It all started when Marty Postlethwait’s son, Miles, was born premature with multiple serious congenital birth defects. As he got older, he felt isolated by the difficulties of his condition and the treatments he had to undergo, later telling Postlethwait he wanted to have a friend who was just like him.

“He wanted a friend who he could relate to that had the same scar down its chest like he did from having open-heart surgeries. And at the time, he had an ostomy and wanted a buddy with an ostomy pouch,” Postlethwait says. “This was a friend that he could take back and forth to the operating room and to procedures, and it would provide him that comfort and compassion.”

Over the next two years her maternal hope materialized, the goal took shape in a nonprofit that aided children like Miles in accepting their differences. Since then, Shadow Buddies has given out more than 2 million dolls in every state, as well as 19 countries. About 10,000 go out to kids in the Kansas City area each year.

It was never just a local operation. Because Miles was getting some of his treatments in New York, news of his doll quickly spread and impressed various medical professionals. Hospitals in Chicago, Wisconsin, Florida, and California joined the list of facilities handing out Shadow Buddies.

Although they contract with a company in Nepal to make the dolls, many customized touches happen close to home in Lenexa, KS. The dolls come in three different skin tones with five different hair colors. Each year, they design a new doll. 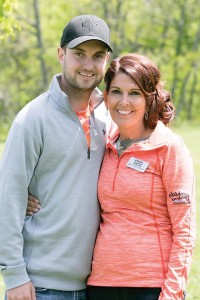 For kids who have multiple conditions, they do their best to combine multiple characteristics on one doll. A vision buddy would have glasses, while an oncology buddy might have a port in its chest. That’s also where the education component comes into the picture.

“You can actually access that port, so oncology nurses and nurse educators can demonstrate on their buddy how they’re going to get their chemo and do their treatment,” Postlethwait says.

Olathe resident Lexie Diskin knows firsthand how impactful the buddies are. She was born with Goldenhar syndrome, resulting in cleft lip and palate. When she was five, she got her cleft lip buddy. “It was really fun having a doll that looked like me, because they don’t really make dolls look out of the norm,” Diskin says.

Her buddy came to medical appointments with her. “They demonstrated some of the procedures on the doll before they did it to me, so I had a better understanding of what was going to happen,” Diskin says. “It just gave me a sense of comfort having it with me. I was able to become more educated. Whenever they talk about it, you’re so little you don’t understand it. But when you can visualize it, it’s much easier to understand what’s happening.”

Fifteen years after treatment, she doesn’t carry it around anymore, but she still has her buddy at home in her room. “It’s a reminder that I’m not alone even if it feels like I am,” she says.

She’s been volunteering with Shadow Buddies for about four years now, and has served as an intern there this summer, reaching out to hospitals and other facilities that might want the dolls, packaging dolls in the warehouse, and making calls for their September fundraising gala.

Looking at the process from the other side, Diskin says, “It really hit me how much of an impact these dolls can have. I was asked to talk to a little girl in second grade who has a cleft lip and was getting bullied. She came home crying every day, saying she was ugly and no one looks like her, and people at school were telling her she was not pretty, and she’ll never be pretty. I took a Shadow Buddy to her and told her about my experiences.”

Diskin’s doll helped her build confidence, even when she didn’t know anyone else who looked like her.

Shadow Buddies provides the dolls at no cost to the families. A mixture of corporate sponsorships from companies such as Garmin and Blue Cross Blue Shield, along with grants and smaller donations, keeps the dolls flowing out into the community.

In addition to the dolls, Shadow Buddies also facilitates other programs. Inclusions of specialized summer backpacks for special needs children at camp, pink parties with make-up and crafts, and a superhero costumes program help bolster childhood confidence even further.

Shadow Buddies is always looking for volunteers of all ages to dress the dolls, assemble and iron their accessories, sew small blankets, and more. For more information, visit shadowbuddies.org/get-involved/volunteer