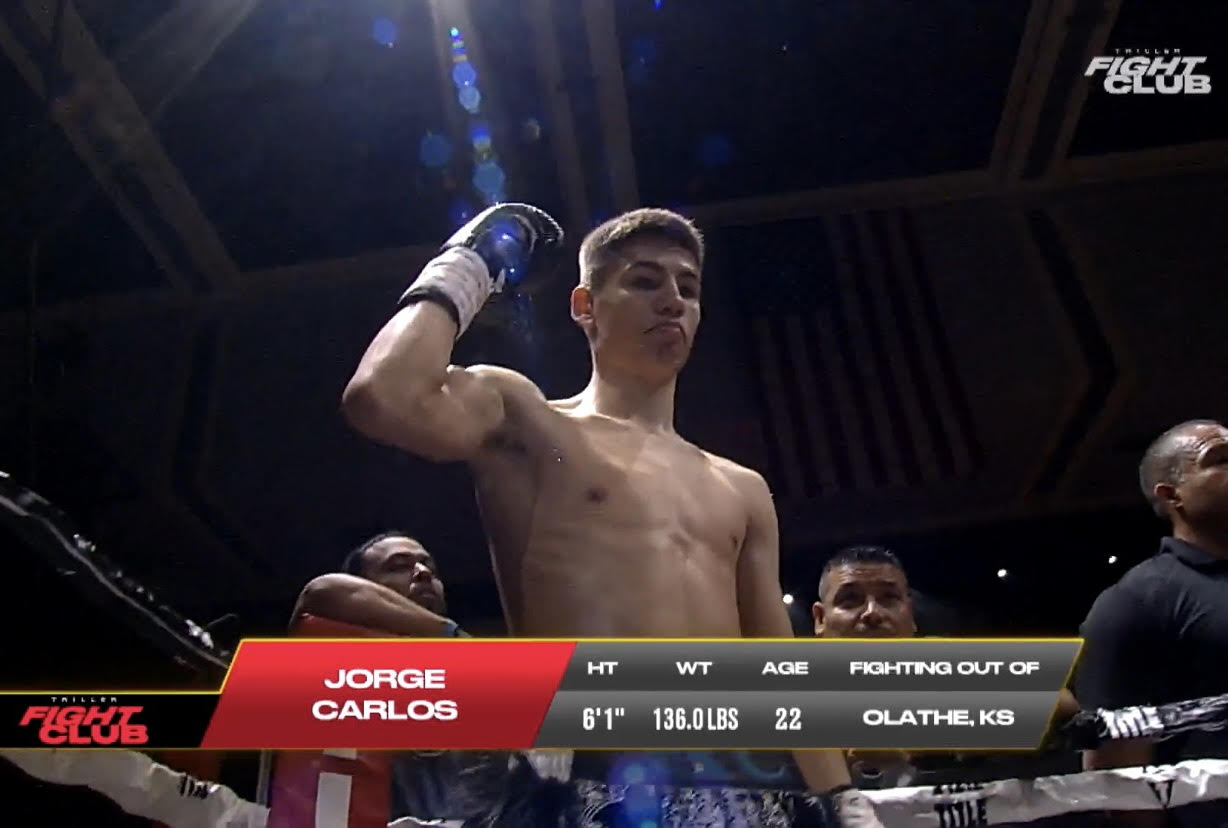 Jorge Carlos Jr. wins his third fight in less than 40 seconds in the first round with 6 powerful punches // Photo Courtesy of Christina Carlos Moke

Professional boxer Jorge Carlos Jr. climbs the ranks with an undefeated record fighting here in Kansas City, Kansas this past weekend, on Oct. 22.

The local Olathe Northwest High School graduate started his boxing training at the age of 10, now fighting professionally with Las Vegas management team FIGHTSTARSTV and Victory Sports, alongside the help of his coach: Jorge Carlos Sr.

“My dad really doesn’t have a background but always loved watching the sport,” says Carlos Jr. “He didn’t want to rely on others to be there to coach me. So he took the initiative and was like, ‘I’m gonna learn to be a coach,’ and stepped in.”

With an impressive 3-0 (3KO) record, Carlos and his father are proud to represent Kansas City within the boxing community. “[KC representation] is still something I’m striving for,” says Carlos Jr. “I think I can go a little bit further than where I am right now and put KC on the map.”

After the relentless energy utilized in 3 fights within a 5 month period, Carlos Jr.’s next fight has yet to be scheduled for sometime early next year.