KC Bier Co. latest small-batch beer is getting its first tapping next week. A keg of SGH Hopfen Sack (aka Shawn Grown Hops Hopfen Sack) goes on at 6 p.m. Wednesday, October 15. When we say keg, we mean one keg.

KC Bier Co. says SGH Hopfen Sack is made by draining the beer through 60 pounds of hop sacks while dry hopping Hopfen Doof (KC Bier Co.’s Double Alt, an American interpretation of high gravity German Alt beers). Then they take a “metric ton” of fresh Centennial and Cascade hops grown at the home of Shawn Hill, a friend of KC Bier Co. brewer Karlton Graham, and wet hop the beer as it drains from the hop sacks.

So get ready for a hop bomb Wednesday night. 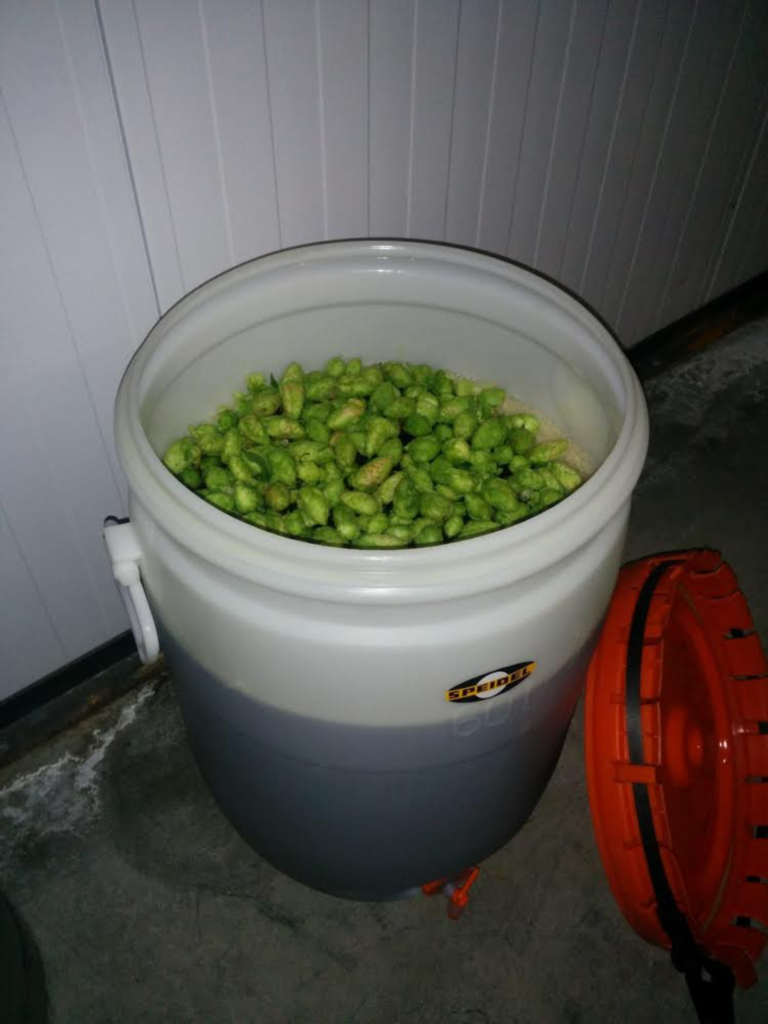