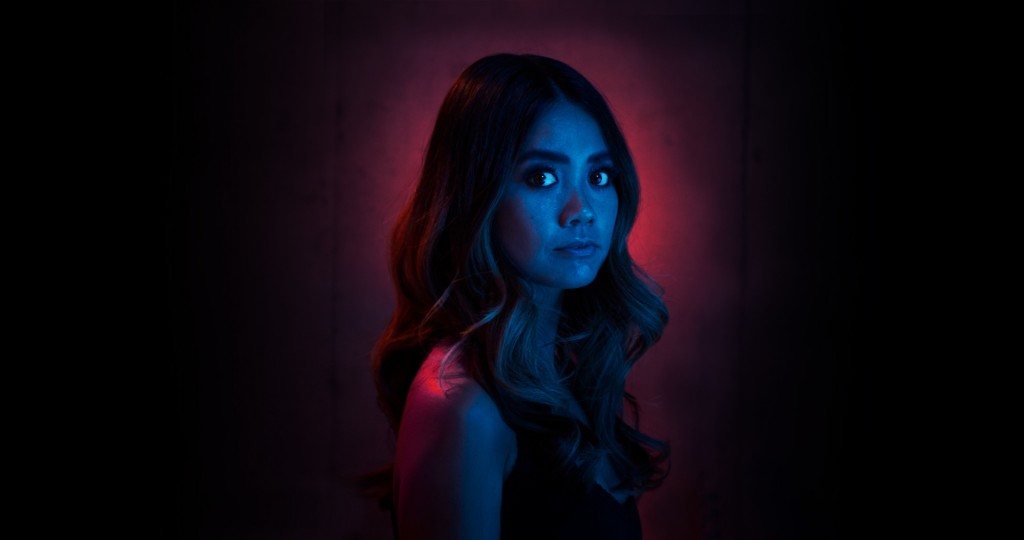 Lawrence-based, Hawai’ian-native musician Kawehi catapulted to fame with her viral cover of Nirvana’s “Heart-Shaped Box” in 2014. The video has over 2 million views and displays her skill as a music artist. She’s is known for her layered original music, inventive covers, and mashups. This year, Kawehi is doing a world tour of The Quarantine Sessions—displaying the creativity she’s fostered over the pandemic.

As soon as the interview began, we began discussing the Kawehi’s return to touring after nearly two years. While it started off light, discussing the joy of touring with dogs and a partner, the interview quickly turned to the unspoken difficulties of being an independent musician on the road at the moment. It’s a deeply honest discussion, but one that ends with hope and happiness for the things she’s been able to accomplish.

The Pitch: How is it traveling with dogs?

Kawehi: Oh gosh. Yeah. I mean, I love it just because I really miss them when I’m gone and we tend to leave for months at a time and I’ve done it a few times without them and I get really depressed because we don’t see them, so taking them with me, it’s kind of a must, but damn yo–there’s they’re not well-behaved! Sometimes it’s kind of mayhem, but we found this awesome trick with a bottle and put some change in it and just shake it. It freaks one of our dogs out. He’s the tiny one, but he’s the one that took a shit. But yeah, it’s been working so far.

I’ve talked with a couple of vets for other pieces I’ve written about how, after the pandemic and people start going places, your dogs and all your animals are going to be used to you being around and you’re not just going to be able to go straight back to the way things were.

Yeah, they’re really used to being around me anyway, because we don’t work a traditional 9-5 jobs and they’re always with us anyway. We have to leave them when we go abroad and let me do the Europe leg of the tour so that’s going to be really sad and kind of tricky, but we gotta do what you gotta do there. They’re dogs. They’ll figure it out eventually.

You’ve been back on the road for almost a week now. What’s it been like returning to this life for you?

Oh man. It’s it’s bizarre. I mean, I’ve only played about three shows. I played a private gig in Canada and that was lovely, but venues? It’s been really strange and really hard. I’m going to be honest with you: the rooms are a lot more empty than I’m used to. It’s been a long time since I’ve played at places that are that small. I mean, I’m talking about maybe a third- to half-full rooms. Everyone’s broke. The money that you were supposed to be guaranteed isn’t really coming through. It’s tricky.

I kind of had an idea that it would turn out this way. One of the shows–the Atlanta show–I ended up having to reschedule. I was supposed to start at Atlanta and I didn’t because I only had 11 presale tickets. I get it–it’s hard for a venue to turn on the lights for a show that’s going to be so small. I mean, I tend to get a lot of people that walk up to the venue, but right now, because everyone’s been struggling so hard, they can’t take a chance on that. They’re not going to be like, “Let it ride on. Maybe she’ll have walk-ups and maybe we’ll make money tonight, enough to pay the bartender and keep the venue open and the lights open.”

I don’t know. It’s been really different sometimes. It’s been really sad. Sometimes it’s been fun. Dallas was great and I had a good turnout and people were really pumped to see me. Everyone has been really pumped to see music, and I’m glad that I’ve been able to give that to them, but at the same time, I also feel terrible for playing at venues sometimes, ’cause I’m like, “Damn, I hope this isn’t messing you guys up at all.” It’s just been a really weird up-and-down rollercoaster ride, so we’ll see what the rest feels like.

I have to imagine that at least part of your musical career didn’t change during the pandemic, given the fact that you already had a pretty vibrant YouTube channel where you would record stuff at home anyway. Was it nice to already have that infrastructure in place?

Sure. Yeah. I mean, it’s, it’s great. It’s great to have that. I don’t make any money off of YouTube, but that kind of allows me to go out on the road and have a fan base that will pay for tickets. I mean, honestly, this tour that we’re on right now? we’ve rebooked it three times and it was necessary. I needed it. This is how I make money. I go out on the road and I tour and I make some change along the way. It’s been just dry. Along with touring, along with corporate gigs, that’s just been my bread and butter and I haven’t had any of that for the last year and a half.

I think it’s been great, being able to still make videos and I feel super lucky that I have all of my video work. We’re a two-person team and we can still put out material, but on the flip side it’s like, “We need to start making some money at some point to pay the bills.” It’s just piling up. It’s been kind of a shit year for all music and clubs, any kind of tourism and anything that involves crowds of people.

It’s been really difficult here in Lawrence and in Kansas City. People think of a business as being essentially a building that has people in it, but I don’t think folks realize how many people just one show entails. You’ve got bartenders, people running sound, people running the door, and more. You’ve got all of these different pieces and also have the people who also supply that business, like the liquor store that provides the booze. It’s a crazy sort of micro-economy, including musicians such as yourself, who rely on having those venues to perform at. If they’re not open, then what do you do?

I think the pandemic’s definitely just opened everybody’s eyes to the fact that we’re all connected. I think that’s why I have such a problem with people who don’t want to get vaccinated because they’re like, “It’s my choice,” and I’m like, “I get that, but your choice is affecting not just you. It’s affecting everybody–not just health-wise, but financially. All these jobs are intertwined.”

Every club I played at, you have to either be vaccinated or have a negative test, but not everybody can do that. Not everybody can have a negative test and not everybody wants to get vaccinated, which is so bananas to me. But because of that, I’m playing to half crowds. It’s really sad. I really wish that people would just get their shit together. Honestly, I don’t want them to come if they’re not vaccinated. I don’t want people to get other people sick, you know, but I’m crossing my fingers and toes.

What is it like performing for crowds where everybody has masks on?

I don’t mind it at all. It’s definitely strange. A lot of the venues I play at, they are small, 300-500 cap, standing up rooms. I think it’s different when you’re sitting down and you’re sitting next to somebody and I think people are a lot better about keeping a mask on, but when you’re at a club that’s standing room only, I honestly haven’t seen that many people keep their masks on.

Most of the time, they don’t have them on. It’s below their chin and they’re drinking and they’re dancing around having a good time. I’m just trying to shut myself in my own world and just kind of roll with it. In Nashville, nobody had a mask on. Not one single person. Again, that venue required you to get vaccinated, either have a proof of vaccination or testing, but, you know, nobody had it on. I was kind of surprised, really. I’m tired of thinking about it.

You are known for doing these amazing covers. This summer, you did a cover of “Hawai’i ’78,” by Israel Kamakawiwo’ole. Was there something about getting to go back home and then also record this song by such a pillar of music from there? How was that for you, in terms of emotional experience?

He’s an icon, not just in Hawaii, but everywhere, you know. I mean, I grew up with that song. It was played all the time when I was growing up and I’ve always loved it. I always had a fond place in my memory with that song. So yeah, obviously, I was pretty terrified about doing a cover of that song because it’s just like Nirvana. To me, he’s the same thing. They’re so fucking good, why would you ever go there?

My mentality is always like, “Well, I can’t do it like them because they already fucking killed it and it’s amazing. Maybe I’ll try coming from left field, from a totally different place and kind of reimagine it instead of just copy-paste, copy-paste.” That’s my approach to any cover, really, but it was so great to do that. I haven’t spoken Hawaiian in a really long time.

The chant in the beginning? I used to do that all the time when I was doing hula. I danced hula for almost two decades. Part of hula was chanting and dancing hula to it. I hadn’t done any of those things in well over a decade–probably closer to two decades at this point–and I was really nervous, but in my mind, I’m like–and this is how I do everything–“You either go big or go home. I’m either gonna do it or I’m not going to do it.”

It felt really good to get all of that out and, especially during these times, just kind of have that feeling of home and your roots. Going back home was so great. The rooms were super-packed and everyone was wearing a mask because Hawaii is really, really strict about that kind of thing. I’m going to ride on that high for I’m hoping for the rest of the year.

Kawehi plays the Bottleneck this Saturday, October 23, with opener Colin Halliburton. Details on that show here.