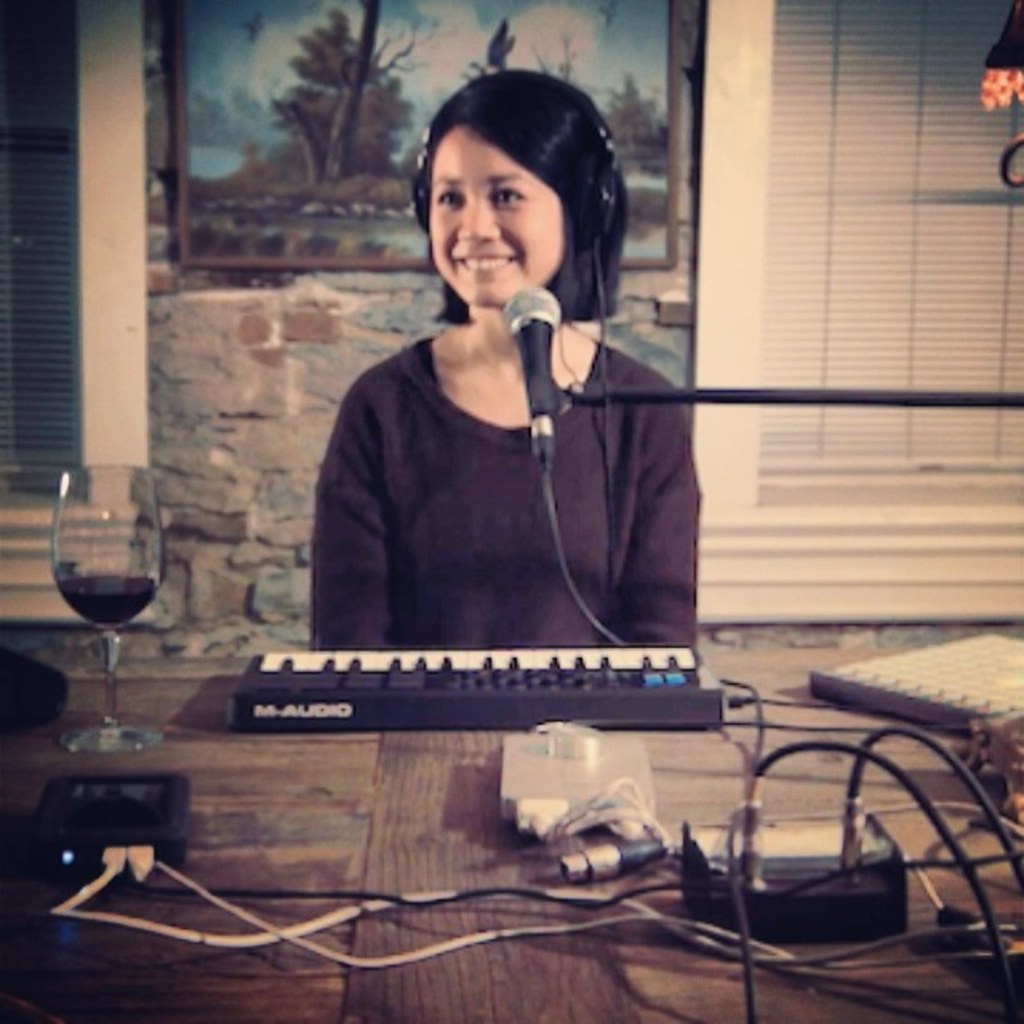 Last week, Esquire featured a killer cover of Nirvana’s “Heart Shaped Box” by an artist named Kawehi. The music video featured the singer performing a live-looped, synth-heavy version of the song that will turn your world upside-down. Spin picked it up, and a bunch of blogs followed. Even Courtney Love approves.

And surprise! Kawehi lives in Lawrence. Boom. Mind blown. She hasn’t played any local shows since she relocated to Kansas from Los Angeles in June, which is probably why we totally spaced on her. We dialed her up from her home to chat about the cover song, how the Internet just made her famous and why she’s not going anywhere.

The Pitch: You’re not originally from Lawrence, are you? Fill me in on your background.

Kawehi: I was born and raised in Hawaii. I moved to Los Angeles right after school – that’s where my husband is from, too – and then we got tired of Los Angeles, and I was just dying to get out of there. We’re both musicians, my husband and myself, and he called me up from tour one day. He was like, “I found this super-cool recording studio, and you’ll love it, but it’s in Kansas.” We moved out a few months later. That was in June, but we’ve been on the road so much since we moved. But I really love it out here. It’s so much more chill [than L.A.], and there are cool places to eat and cool people.

How long have you been a one-woman band, doing the live-looping setup?

The setup I have now, I’ve probably been doing it for eight months, but looping I got into two years ago. I started off with a Boss pedal… . I used to just play guitar and sing, but just kind of got bored of doing that. And I used to have a band, a really long time ago, but it’s hard to get five knuckleheads together to practice, so I started doing the solo thing. I’m just really into it.

It’s [live-looping] really tricky and it’s terrifying to do live onstage, but it’s really fun. … I haven’t been doing it for too long, but it’s definitely what I love to do and how I love to create, so it’ll be the thing I’m doing from now on.

I haven’t seen your name on any local bills recently. Have you played any local shows?

I haven’t, not yet. When we first got here in June, we left almost immediately for a cross-country tour, and that took three months, and then the holidays came around. Now I’m working on a new EP called Robot Heart. I haven’t really gotten a chance to settle down and play here, but I fully intend to, and kind of get into the scene around here.

How did the idea to cover “Heart Shaped Box” come to you?

I’m a huge Nirvana fan, and part of this project I did – this Kickstarter project to fund my EP [the upcoming Robot Heart] – was that I would cover songs and take requests from people [who donated]. Because I’m completely independent – I don’t have a label, and I love it that way because I get to do music that I really love, and hopefully music that other people will love. And so I’m on this Kickstarter, and people can kind of throw songs my way, and one of the people wanted Nirvana.

I always approach covers like, “Well, the original song is the shit, and who would want to replicate a genius song?” You have to come at a different angle. I could never do it [“Heart Shaped Box”] the way that Kurt Cobain did it, because he’s Kurt Cobain, so I try to take a different approach, and that’s how “Heart-Shaped Box” came about. My husband had just gotten a few new cameras in the mail [a few weeks ago], and I was heading down to SXSW and trying to figure out my set, and I needed to do this Kickstarter cover, so we decided to try out the new stuff and practice the cover.

Wait, so the video was just you doing a practice run?

Yeah. It was just me practicing. My husband was like, “You should probably just practice your set [for SXSW],” and I was like, “I should probably practice this cover [of ‘Heart Shaped Box’].” We just wanted to test out the footage from the new cameras. Thank God he saved it and recorded it. But it was just kind of random, which is why you hear tons of mess-ups, because it was all live and really just random practice runs. I’m glad people are responding so well to it because it was really fun and super-easy.

I mean, nothing like this has every happened to me. I fly under the radar and I love it. I do my thing, and my ultimate goal and my dream is just to be able to make music for the rest of my life and pay the bills and not have to eat ramen every day. So I’m happy where I am, but this has been amazing and crazy.

I credit everything to Vimeo because they’ve picked two of my videos as the Staff Pick, and they’re just a great creative hub for cool-looking stuff, and if they didn’t pick it, no one would have seen the video. It’s really just random how this has snowballed. It’s bonkers, yo. Seriously.

Has anything happened since the Esquire and Spin blogs?

Yeah. It’s crazy. Now people want me to play all these things. I’m playing at all these countries this summer, Sweden and Japan and Peru. All this stuff has just happened because of this. My iTunes [sales] are ridiculous. I don’t know. A lot of management and stuff [has contacted me], but I’m happy where I’m at. Eventually, maybe, down the line, I’ll try different things, but I’m definitely still keeping it DIY. It’s great to pay the bills, but I don’t have any intentions of becoming the next Katy Perry. I love it here.

Kawehi’s Kickstarter for Robot Heart is closed, but you can preview it here. See her website for upcoming dates (fingers crossed for local ones).