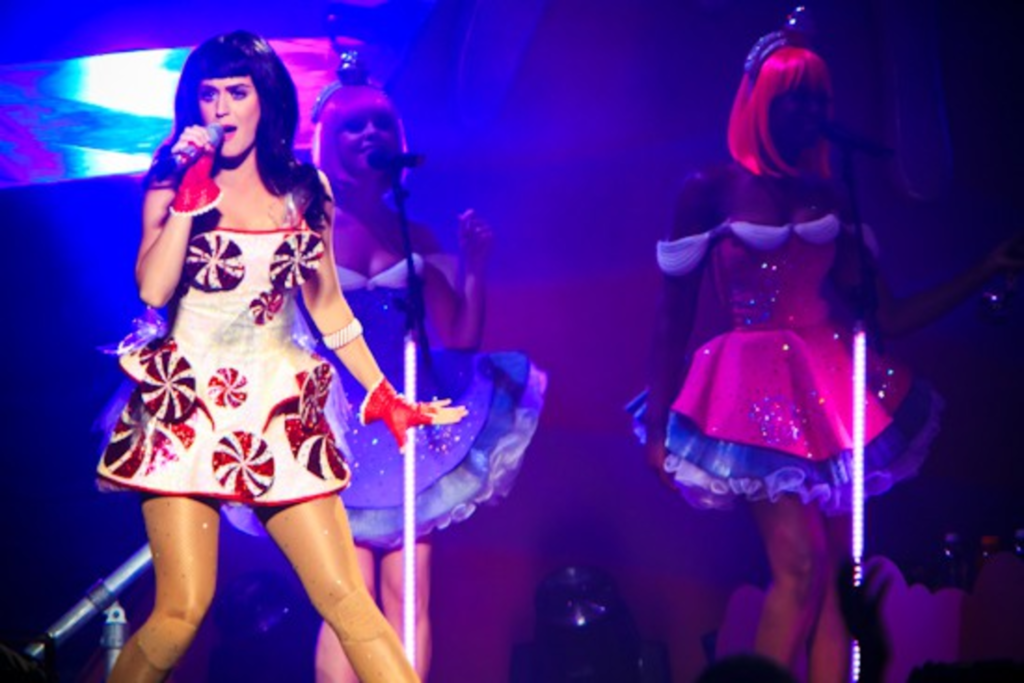 Yesterday afternoon, Katy Perry’s single, “Last Friday Night (T.G.I.F.),” off her Teenage Dream album, hit No. 1 on the charts, breaking two Billboard records. Perry tied Michael Jackson’s record for having five No. 1 Billboard hits on one album, and she is now the first artist in more than five decades to spend 66 consecutive weeks on the Billboard top 10. At the Sprint Center last night, pink and turquoise lights bathed the arena crowd. Excitement was in the air.