Katie Holmes, Jeff Daniels, Chris Pine and Warren Beatty are among your dysfunctional relatives this Thanksgiving, but you can leave the house for Anna Kendrick 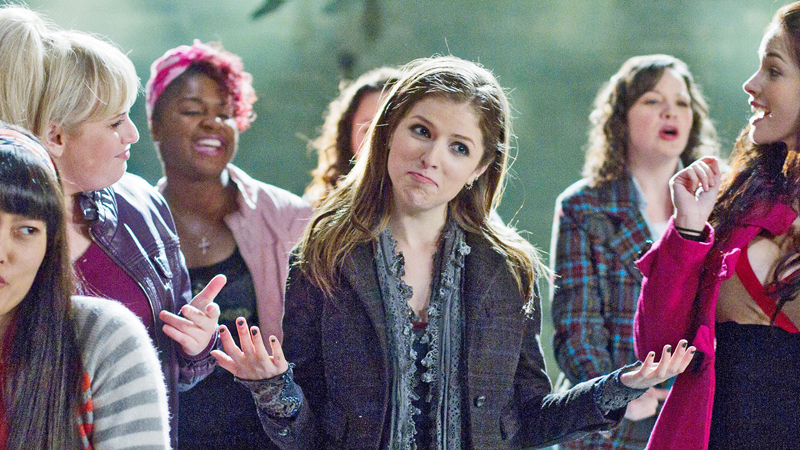 Celebrate the holiday with an overlooked 2003 film about a punky young woman (Katie Holmes, utterly charming) hosting her estranged family for Thanksgiving dinner. Patricia Clarkson got an Oscar nomination for playing an acid-tongued mom dying of cancer, but she’s not the only one with great dialogue.

Yes, Pieces of April is a dysfunctional-family dramedy, but the film’s low budget (it was shot digitally, in 16 days) and great ensemble work (Oliver Platt and Derek Luke join the actresses) bolster the realism. Add a great songtrack from Magnetic Fields singer-songwriter Stephin Merritt, and you get a darkly funny comedy that never panders for laughs. Rent it from iTunes, Amazon or Google Play.

Yesterday wasn’t dysfunctional enough. Here you go, then: Noah Baumbach’s semiautobiographical 2005 modern classic, The Squid and the Whale, is just out on Blu-ray from the Criterion Collection. The bitter, angry, funny film put Baumbach on the map. It stars Jesse Eisenberg as a 16-year-old boy growing up in 1980s Brooklyn with sharp-witted, bohemian parents (Jeff Daniels and Laura Linney) in the middle of a divorce. The digital 4K transfer looks fantastic, and the disc includes auditions and new interviews from everyone above, as well as co-star Owen Kline, who played Eisenberg’s younger brother. Get the disc or stream the movie (and the extra features) via FilmStruck.

Search Party is an odd bird in terms of both content and on-air strategy. The show, created by three of the makers of the Wet Hot American Summer franchise, debuted to strong buzz at South by Southwest earlier this year, started airing two shows at a time Monday nights on TBS, and just ended its first season. All 10 episodes are now available on demand. Starring Alia Shawkat as the leader of a group of 20-somethings who investigate the disappearance of a college classmate, it’s a mystery with a very strange mix of dark humor and narcissistic satire thrown in. Bingeable for sure.

The highest-grossing specialty feature of 2016 is the underdog indie drama Hell or High Water, starring Chris Pine and Ben Foster as brothers who rob banks to save the family farm. The central conflict is more timely than ever, and with grizzled Texas Ranger Jeff Bridges giving chase, it has shades of No Country for Old Men (minus that Coen nihilism). New on Blu-ray, it’s an expertly crafted thriller that taps effortlessly into the zeitgeist and avoids preachiness or obviousness. If momentum keeps up, it might also see some love during awards season.

“He tells it like it is.” If you, too, are tired of hearing that line and knowing how much horseshit it attempts to excuse, now’s a good time watch Warren Beatty’s bizarre, confrontational, sometimes wrongheaded 1998 satire, Bulworth. Beatty plays a liberal senator who sells out his core beliefs and then hires a hitman to kill him, which liberates him to say all the things he couldn’t before. He becomes the walking definition of “politically incorrect,” telling off Big Insurance, embracing hip-hop culture (leading to an icky romance with a young Halle Berry), and begins to rap, poorly. His big line addressing racism in the U.S.? “All we need is a voluntary, free-spirited, open-ended program of procreative recall deconstruction. Everybody just gotta keep fuckin’ everybody ’til they’re all the same color.” Bulworth is streaming on Netflix and Amazon Prime now.

If you think we have nuclear anxiety now, your opportunity to see the Reagan-era toxic-waste victims of 1984’s C.H.U.D. (that’s Cannibalistsic Humanoid Underground Dwellers) in the glory of 1080p is finally here. This B-movie horror delight became a cult classic during the heady boom days of VHS rental, and it features actual actors John Heard, Daniel Stern and Kim Greist (plus John Goodman and Frankie Faison in tiny roles), trying really hard to elevate an absurd premise. Arrow Video’s new Blu-ray features lovingly assembled bonus features, including a hilarious commentary track in which the actors and filmmakers make copious fun of themselves.

Movie (and Twitter) star Anna Kendrick has put out an autobiographical book of comedic essays called Scrappy Little Nobody, which covers topics such as her musical-theater background and the absurdities of fame. The Alamo Drafthouse celebrates her tonight at 8 with an interactive screening of her most beloved film so far, the girl-driven musical Pitch Perfect. Fans are encouraged to sing along, and your ticket includes a signed copy of Kendrick’s book, plus props to deploy during the screening. Before the film, the actress sits for a live Q&A from the Paramount Theatre in Austin, Texas, simulcast live.