Katie Crutchfield of Waxahatchee takes a new path with Plains 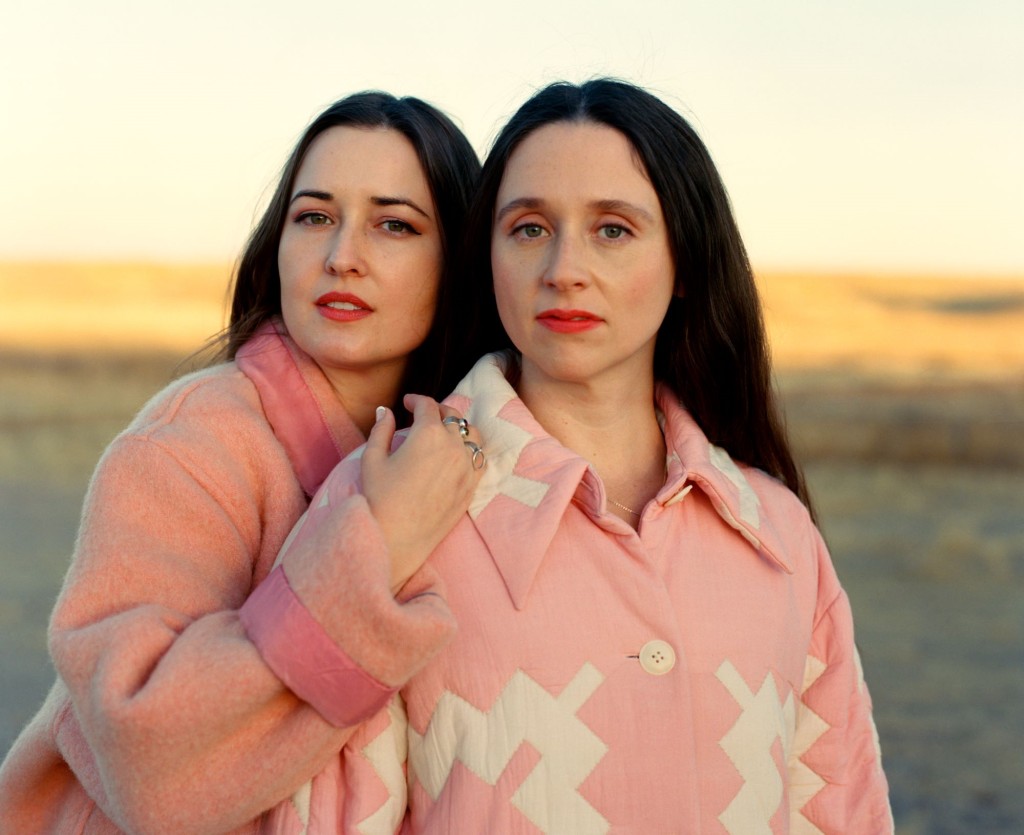 Musician Katie Crutchfield has created music under several different identities, be it the pop-punk band she founded with her sister Allison, P.S. Eliot or her solo indie-folk as Waxahatchee, but the latest creative project for Crutchfield, Plains, in partnership with Jess Williamson sees her branching out into new musical territory. The ’70s country sounds of Plains one hears on their album, I Walked with You a Ways, are something different for Crutchfield, but the honest and open lyrical content will be readily familiar to anyone who has followed her musical journey over the years.

Additionally, Crutchfield moved to Kansas City several years back with her partner and fellow musician, Kevin Morby, a KC native, making her something of a local these days. As Plains comes to Knuckleheads on Saturday, November 19, we took the opportunity to speak with Crutchfield by phone from a tour stop in Washington D.C. about how her time in the area has affected her music.

The Pitch: Has relocating to Kansas City affected how you make music?

Katie Crutchfield: Oh yeah, it’s affected it a lot. I grew up in a small city. The city I grew up in is smaller than Kansas City–Birmingham, Alabama–and not to even say that Kansas City is a small city, it’s just sort of like it’s in the middle of the country and it’s maybe just skipped over sometimes on tour routes or whatever.

I feel like it’s just a little bit quieter than the city I was living in at the time, which was Philadelphia. Being in back in the middle of the country, having this feeling of like, “I don’t really know that many people here yet”–it’s just sort of quieter. It’s just a different pace of life and it gave me so much room to focus and spread out and take my time and exhale and all these things I really needed to do.

I still feel that way about Kansas City, even as I’ve gotten to know the city better and made more friends and kind of have more of a community there. I feel like I I find that it’s just a little bit more relaxed and it’s more conducive to focusing on my creative practice.

In addition to the shows you have played in Lawrence and Kansas City, you will occasionally pop up when Kevin Morby plays. Those random appearances, for lack of a better word, look as though they allow you a certain amount of freedom musically.

Yeah. I mean, Kevin and I have always done that with each other since we’ve been together. It’s just fun and yeah, it does give me a lot of freedom and I feel like the thing I’m sort of dancing around–it’s like, Kansas City is sort of outside the spotlight of the music business, in a way. It isn’t like living in New York or LA or Nashville or there’s a million musicians around, all of our peers are around. I think that kind of gives us a little bit of freedom to try things, to experiment, randomly, and that’s been really nice. 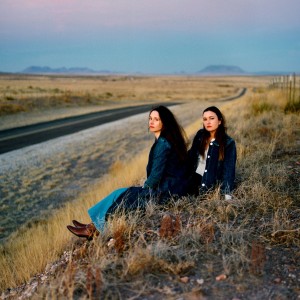 The Plains project with Jess Williamson isn’t a total 180 for you, musically, but it is definitely twangier than anything you’ve ever done before. What are your roots in country music?

I grew up in Alabama and my parents–my mom, especially, just loves pop music from all eras and the era specifically that she grew up in. She was born in the ’60s, but ’70s and ’80s, really. I grew up with that stuff. Country music was, as I was growing up in the ’90s, it was king down there. I mean, all of that ’90s pop country just ruled the radio down there and that’s just what I grew up listening to, hearing all the time so it’s sort of imprinted on me in this way that I resisted or rejected for many years.

When I was a teenager I got really into indie rock and punk and that was the music that inspired me to start making music and so, maybe on the surface of my early songwriting, that that’s the only thing I could see as an influence. Obviously, now I’ve been writing songs and touring and being a musician for over half my life. I’ve been that longer than I haven’t been that. It’s caused me to look a little bit deeper about what’s inspiring this. Where did this all start? Whether or not I was conscious of it, I think I may have been subconsciously searching for that and I think that that’s really what’s led to my slow stroll toward country. It’s just a full circle thing.

I’m working on another Waxahatchee record at the moment. I’m kind of in the process of doing that so, while I don’t think that I’m gonna take this hard pivot toward country at all, I think Plains really afforded us this opportunity to experiment with a hard pivot without committing all the way to that. That music is in me and so, making a genre-specific side project just felt like fun, I guess–to just let ourselves fully go there for one record.

That’s what folks hope for from a side project of any musician–that it’s going to be something new and different, and a chance to hear the voices that you enjoy trying something different, but it’s not canon.

Yeah. That’s kind of the whole thing, I think–just to take a big swing creatively, just for fun, and then go back to business as usual. We’ve been so pleasantly surprised by the reaction. The thing that’s guided me putting one foot in front of the other with this project has been the record. From the beginning, that’s the thing that’s guided me–a confidence and a belief in the songs and the way that the album turned out–so it has been really cool to see people have a big reaction and really enjoy it and connect with it. That’s been pretty validating–to have this intuition that I’ve been having confirmed by the public.

Is collaborating with Jess Williamson something that has affected the approach you’re taking to the next Waxahatchee record, in that it affected how you’re approaching writing songs solo again after collaborating?

Well, you know, I’ve never written songs with people. I didn’t do that with Plains and I didn’t do that with P.S. Eliot. It was always me writing a song, but then having a sort of a sounding board and so in that sense, yes, I would say it has. I mean, I feel like with Allison, the type of songs I was writing way back then and the understanding of the aesthetic of that and the message we were trying to have–it was always so nice to have this person who intimately understood that giving me a “yes” or a “no” or a “this is great” or “this part needs work.” Having somebody to help point me in the direction–I think that’s really important for anybody who has a solo project or writes songs.

With Plains, that was the process. Jess and I brought each other more or less finished material and then we would do all of my songs like I wrote and then brought to Jess and then she would kind of–“Problem With It” is a great example. That line, “I’ve got a problem with it,” was such a filler line. I had no intention of keeping that. I was gonna change it and she insisted: “No, no, no, no, no, no, no. That’s the hook. That’s the meat of the song. We have to keep that.”

That process was really fun and cool and I really enjoyed doing that with her on her songs, too. So, in that sense, I feel like I’ve picked up a sounding board in Jess. I’ve picked up a songwriting person I trust and whose ideas I really like. That’s been cool. And you know, she’s got all the demos for the new Waxahatchee record and she’s just been gassing me up or giving me bits of feedback.

When you went into the studio with Spencer Tweedy and Phil Cook and Jess, how did the songs take form, given that this was the first time you’ve all four been in the same space, but you’ve brought these songs with ideas in mind? How did they change?

It’s so funny how seamless it was. I drilled that into everybody. I really wanted the whole thing to feel very organic and to feel like a performance. It really was Spencer, Phil, Brad Cook–the producer–on bass, and then me and Jess in a circle, playing the songs, and it was like first thought, best thought but just set up as band in a room. That’s honestly how we tracked St. Cloud, too. Different bands, but same idea. I like starting out a session like that–let’s just be band in a room and play together and see what comes out. We can do that as long as we want and if something doesn’t feel right, it doesn’t feel right and we can tweak it.

I often find that drummers are the unsung hero in those moments because they really set a tone and it’s up to them to have good ideas about like, “What’s the song mean?” I can’t really compliment Spencer enough. His instincts were so important on that record. Almost every song that you hear on the album was like his first idea. It was a really cool way to make a record, and we made the record really quickly because of that.

And then of course, Phil Cook. I’ve been telling everyone Phil Cook played 80% of the instruments on the album. He played all the keys, all the organ, all the lead guitars and dobro, the banjo, the mandolin. There’s just so much. He’s just so deeply talented and so yeah, those two guys really did so much.

Have they changed at all, taking them into the live performance realm?

You know, probably, but I’ll say this–by being a performer, you spend time with the record and then you stop spending time with the record. We finished that album and have had it mixed and stuff for over a year. We’ve been sitting with this record for a long time. So I stopped. I mean, I listened to it a bunch when we first got it back, and then I stopped.

We referenced it a little at rehearsal, but as the performer and the writer, you stop being attached to the album and you start being attached to the live show version of the song, so I’m pretty distant from it. I mean, I really noticed that ’cause I listened to my record St. Cloud not too long ago for the first time in a long, long time and I was shocked by how different the live versions were. I was like, “Oh, like I’m singing this so different now,” and I was completely unaware. I have a feeling that that’s probably how Plains is, too. Maybe it’s subtle to the audience member, but to me, they just naturally start to take on their own life.

Plains plays Knuckleheads this Saturday, November 19, with MJ Lenderman. That show is sold out.