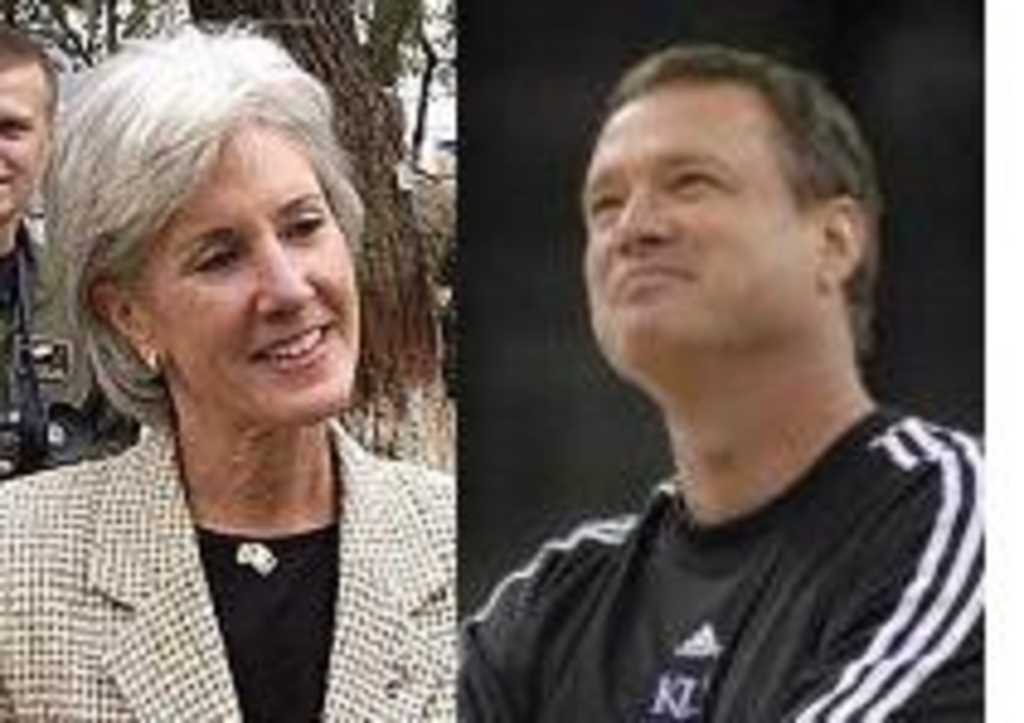 The Kansas Jayhawks had a great season, reaching the Final Four for the first time since 2003. But Bill Self’s basketball team may have just received the kiss of death, thanks to Kansas Gov. Kathleen Sebelius.

Sebelius split her last two wagers on football games. She lost a Border Showdown bet to Missouri Gov. Matt Blunt in November, when the Tigers dropped the Jayhawks 36-28 at Arrowhead and went on to the Big 12 Championship Game (and a decisive loss to Oklahoma).

The Jayhawks went on to face Virginia Tech in the Orange Bowl. Sebelius won a Virginia ham from Virginia Gov. Tim Kaine with a Jayhawk victory over Virginia Tech.

Sebelius’ latest wager is an odd one, considering Jack Stack was founded in Missouri, not Kansas.