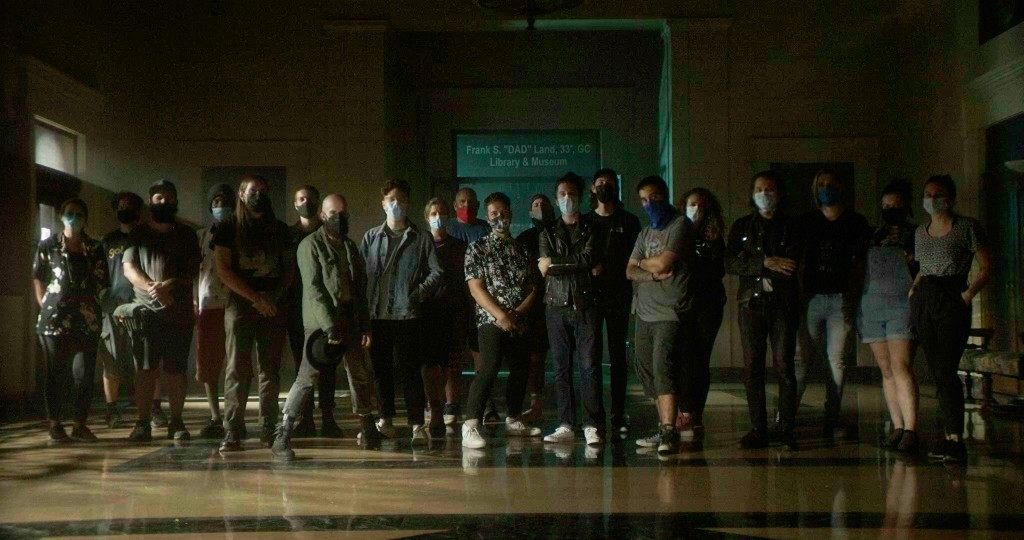 The crew that worked on the “Forlorn” video for The Devil Wears Prada. // Courtesy KatDog Studio

A cinematographic partnership between Christopher Commons and Kate McFerren, KatDog Studio formed in 2018 after the pair had been hired to work on a video for former Kansas City Chiefs wide receiver Chris Conley.

They found they worked so well together that they kept doing so, and thus, KatDog was born as a fusion of McFerren’s first name and Commons’ former brewery project, Bourbon Dog.

“[Commons] is the director of photography, and then I edit. And those are our strong suits. We both step into co-direct and concept and produce together. It’s a nice yin and yang, because Chris knows a lot of the video production crews in Kansas City and I’ve been in the modeling industry here commercially,” McFerren says.

The duo was first introduced to TDWP through Commons’ friend Josh Barber, a music producer, in the fall of 2020.

“He was working on their album, ZII, which came out this summer, and said, ‘hey, these guys are recording for their album here at my studio, and they want to do a live stream. So I got connected with their manager, and they said, ‘Hey, is this something you can handle?’” Commons says.

The band was happy with the fans’ reception to the stream, and came back in early 2021 to do a second one with the KatDog Studio in lieu of a cancelled touring schedule.

Commons and McFerren asked the group if they would also want to do a music video while they were in town. Enthusiastic about the idea, TDWP sent a few suitable songs over.

The band chose “Forlorn,” the second track off ZII, and a heavily-distorted denunciation of the state of the world in pandemic. Commons and McFerren rounded up a team of trusted local professionals to help with the shoot.

TDWP released the finished product on YouTube on May 21, and it has since collected over 247,000 views.

KatDog Studio was brought back to develop the group’s “Sacrifice” video, which dropped Sept. 29.

“I think one of the most exciting parts about that entire process we was we are able to kind of do a whole brand strategy. So we did a live stream, we did an album teaser trailer for their album, and did a music video for the release,” Commons says. “We were able to work side by side with their stills campaign. From a branding standpoint, it is really cool to have all the press stuff visually match, and have a very unified look and feel to it.”

A music video will typically take a few weeks to plan, develop, and shoot, followed by another two to three weeks of editing, based on the nature of the project.

“We like to say that we’re like ‘commercial standard with an indie hustle. Like, we want to create really good commercial quality work that you would get with the people that have the big bucks, but we want to do it in a creative way, with a lot of creative flexibility,” McFerren says.

Commons and McFerren strive to make KC an outside-the-box destination for the music industry, and they have some compelling arguments to offer.

“We can just stretch budgets and make your dollar go further,” McFerren says. “There isn’t a lot of money in the music industry as a whole right now, and it’s getting tighter and tighter every year with streaming and so forth. So if we can save you $1,000 by doing the project here in Kansas City versus L.A. or Chicago then, yeah, let’s do it.”

McFerren adds that local businesses are usually gung-ho about letting KatDog Studio film a shoot on their property, and that the Midwest in general can hold a particular appeal for artists longing for an escape from the same three cities in California.

“Our goal is always that the people that we’re working with or that we hire on have a good experience and that the atmosphere is fun to work in. It’s not like cutthroat or anything, like L.A. can be. It’s very laid back and so our clients know they can get that Midwest experience, but not sacrifice on quality because of the talented crews that we have in Kansas City,” McFerren says.

KatDog Studio has also worked with other prominent content creators such as Tik-Tok star Anson Seabra, who had gone to high school with McFerren. They look to continue this collaborative effort as far as it takes them.

“When we’re meeting with clients we have the ability to just have the best of both worlds. And that’s literally how we produce and how we concept and everything. We just have opposite brains—he’s thinking about framing and lighting. And I’m thinking about the overall story arc and the acting. And so like, when we’re directing on set, we’re both looking at what the other person isn’t, which I think makes the product overall great, because we’ve got two minds that think so differently working on it,” McFerren says. 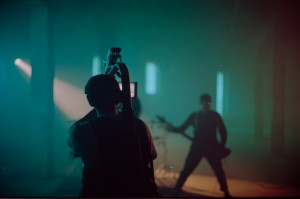 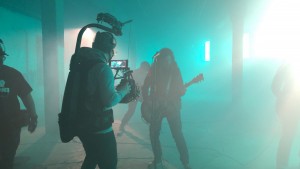 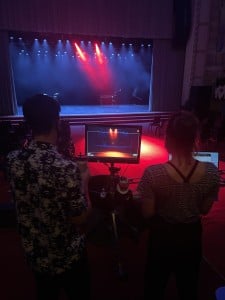 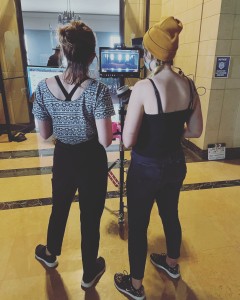