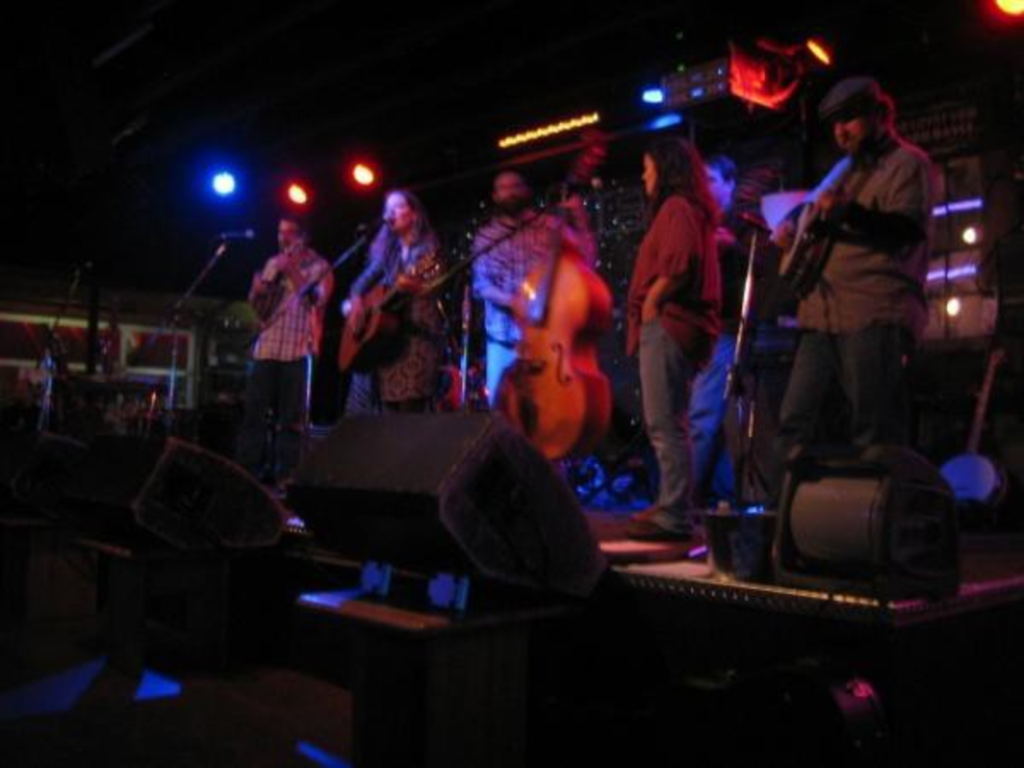 Let’s face it: Kansas City songwriters seldom openly share their love for the state of Missouri. When it does happen, it’s even more rare for a county-sized crowd of Missourians to pour that love right back.

Originally scheduled for Knuckleheads’ Retro Lounge, Rausch’s release party for her new album, Guitar in Hand pulled in a main room crowd that would have easily filled that intimate room six or seven times over. The evening was part hootenanny, part family country cavalcade, and a full-on showcase for Rausch’s new songs.

“Gratitude is a word I can’t use enough tonight,” Rausch said, kicking off the show with a giant smile. By the time she closed her acoustic set with “Sweet Missouri,” an unabashed celebration of our fair state’s hallmarks – plantain, chickweed, dandelions and cicadas – most of the crowd was on their feet.

The show was divided into an acoustic session with family (lots of them) and friends (even more), followed by a set with Rausch’s longtime band, the Naughty Pines. The acoustic session featured as many as nine musicians at a time, and it began as genuine family affair: When Rausch sang, Fly, sister, fly on “Fly,” her quiet opener, she was harmonizing with her actual sister.

And that was just the blood relatives. For several songs, Rausch was joined by her radio cohost Mikal Shapiro on vocals, who reminded Rausch that she had been the one who gave her her first guitar. Dobroist Chad Graves, of Springfield’s the HillBenders, tore up solos on Rausch’s “Moonshiner’s Dream,” a song inspired by road trip to visit the state’s first legal moonshine distillery in southern Missouri. Banjo men Louis Meyers and Clarke Wyatt both pitched in for several songs (together for the swinging “Crazy Heart”), and frequent collaborator Betse Ellis was a staple on fiddle for almost every song.

Ellis’s work was especially gorgeous on the gently encouraging melancholy of “Field of Greens,” a song that Rausch wrote just before she quit “her ding-dang day job.” (This was just the first of many “ding-dangs” of the evening, as close as Rausch ever got to an expletive.) Just before “Sweet Missouri,” Rausch and company played and harmonized “The Gospel of Winfield,” a bluegrass-based love song to the festival. The song had all of the Rausch staples: her father’s hometown, a barrel-load of affection and some choir-like harmonies to bring it all home. 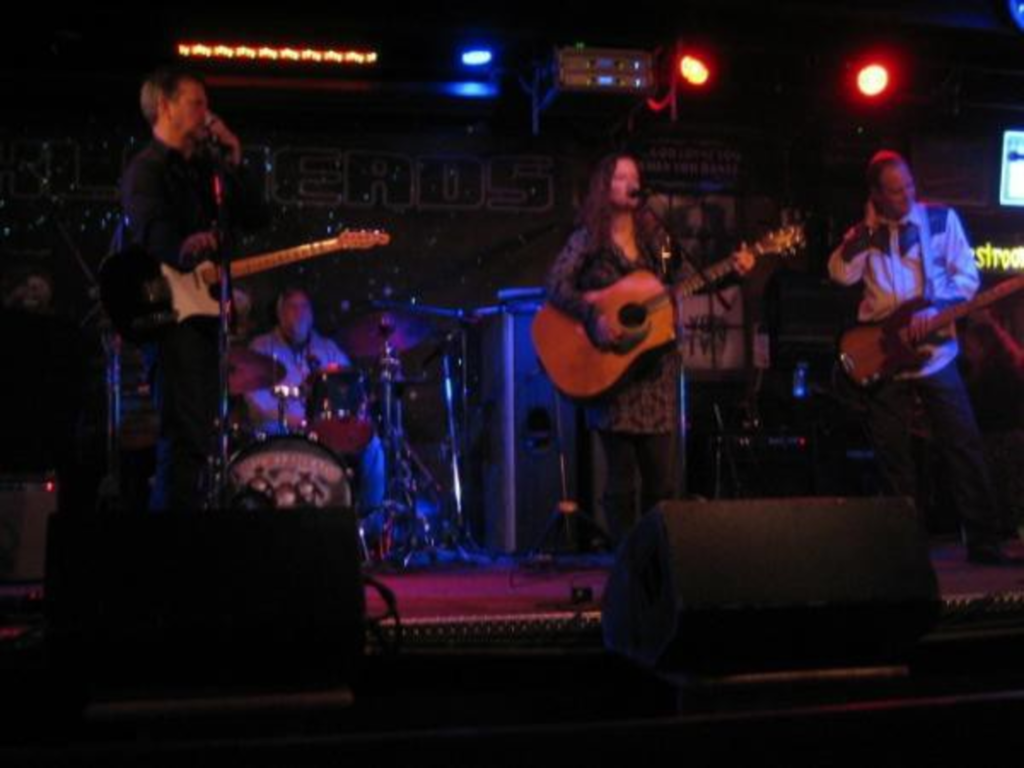 Though the second set was slightly crunched for time, Rausch’s shift to classic country with the Naughty Pines was just as warm and familiar. The song settings shifted south for “Alabama” and then over to Texas for “My Piney Woods Home” and “An East Texas Day,” an electrified tale of Rausch’s only time on a horse. On the Johnny Mullins song “Success” (a hit for Loretta Lynn), the interplay of Fred Wickham’s guitar and Marco Pascolini’s pedal steel was just plain haunting.

Before launching into Tammy Wynette’s tune “Your Good Girl’s Gonna Go Bad,” Rausch thanked her family, including her in-laws, her parents, her “tiny grandma,” her own children, her niece and “cousins, cousins, cousins.” (Realistically, the Rausch relatives alone would have filled a good-sized church basement.) Rausch’s gifts, in addition to her songwriting, include her unofficial roles as instigator, supporter, and historian of local music – and her ability to make her fans feel like family, too.

Leftovers: Scott Hrabko’s songs, in a new musical setting, just keep getting better, and “The Ugly Ever After,” with Jason Beers on banjo, was just lovely. The evening also was graced with the musical presence of the late songwriter Johnny Mullins, father of Rausch’s friend Melinda Mullins. In addition to “Success,” Rausch covered Mullins’s tunes “Just An Old Man” (a sweet down-home fishing song) and “Would You Be Satisfied” (which, Rausch explained, came from “a shoebox of old demo tapes”). With or without Rausch’s voice, Mullins’s songs certainly deserve rediscovery.

With The Naughty Pines