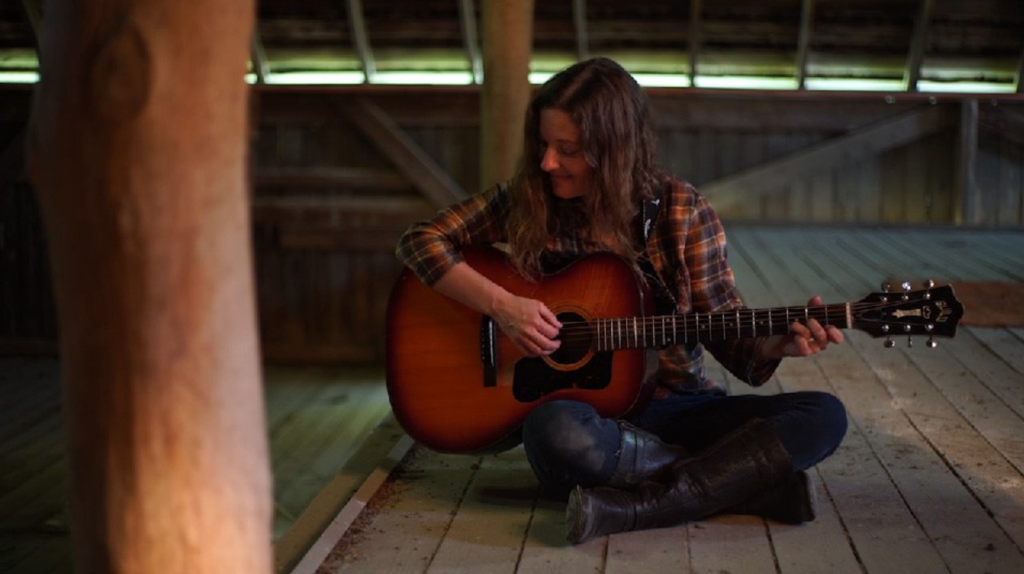 This month’s roundup of local videos is a cavalcade of live performances, be it a full set from Wet Ones, Radkey crammed into a van somewhere in the Coachella Valley or Psychic Heat melting faces. In addition, there are new official videos from Kasey Rausch and Tech N9ne. No matter which way you cut it, you can see the full power of Kansas City on display in this month’s Cine Local.

Oh. My. God. First of all, this song (from Rausch’s 2014 album, Guitar in Hand) is good in any form. However, when you pair her with a tyke like this, it just goes from wonderful to frankly adorable. You might get the sense that her great-niece is just being polite, especially as she starts to fidget, but stick around until the very end. You’ll melt. More studio recordings from Rausch below, but we just had to share this with you.

This new cut from Shy Boys has the working title of “No Fun,” and the lyrics seem pretty downbeat, talking about not being able to keep up anymore, but it’s just so dreamy and perfect. Shy Boys are about due for a new record, having not put anything out since last summer’s “Life Is Peachy” 7-inch. If they continue mining this sleepy, relaxing pop for the next release, we suppose it’ll be pretty easy to be chill about the whole thing, though.

In case you were wondering, despite making lists of the highest-earning rappers in the country, working with the likes of Eminem and so on, Tecca Nina is still hard as fuck. This cut’s essentially based its rhythms around pistol cocks and gunfire, and it’s a spare, sharp piece of music. It’s essentially the mirror image of Special Effects‘ hit single, “Hood Go Crazy,” but it’s no less immediately grabbing, especially due to the potent graffiti-and-god imagery.

Wet Ones at Mills Records
May 6

If you’ve not checked out Dan Cunningham’s YouTube channel, please do so immediately. His shot-on-video sets make everything he tapes look like they’re being blasted forward in time from the mid-1980s. The audio’s not great, but it’s always good, and he knows how to get a good perspective, as well. This footage of Wet Ones was shot at Mills Records’ Terrible Twos birthday show on May 3. The garage-rock foursome absolutely blasts through their 20-minute set.

We’ll be straight-up honest in that the audio for Kansas City Hardcore’s videos has a tendency to be a little muddy, but given the fact that the Sandbox is basically an empty room with a PA at one end, it’s forgivable. Plus, the folks over there are doing a great thing, documenting sets like this from Kansas City’s hardest and heaviest. Beta Boys’ snotty edge brings back memories of the likes of Sex Offenders, and if there’s something KC needs more of, it’s punks like these.

Offering a more-professionally shot version of another Guitar in Hand track, this video was still shot in that same Lawrence barn, and with the same cute little girl as the cell-phone shot video above. This is still delightfully fun, though. The video does a fantastic job of marrying the upbeat, kick-up-your-heels vibe with the slightly downbeat lyrics, and captures the fun of kicking around in the country on a sunny afternoon. Also, that shot of the kid’s amazement at how a fiddle works just warms your heart.

Radkey shot three videos for this Jam in the Van session in California, and this is the most rocking — although a time and a half version of “Cat and Mouse” comes close. Plus, there’s just so much it has going for it: The hilarity of a band where every member is under 21 playing a set sponsored by Lagunitas Brewing. How awesome those sunglasses Dee’s wearing are. Both of those mean the interpolation of the chorus from Misfits’ “Vampira” is just icing on the cake.

Recorded at Lawrence DIY venue Studio B at the end of March, this barely even qualifies as a live recording. The audio’s absolutely quality, and it looks like a psychedelic promo video from somewhere in the late ’60s. Psychic Heat are absolutely rocking out Stooges-style here, and the fading between lights and the blues and reds of the band just screams for this to get put up somewhere on the big screen.